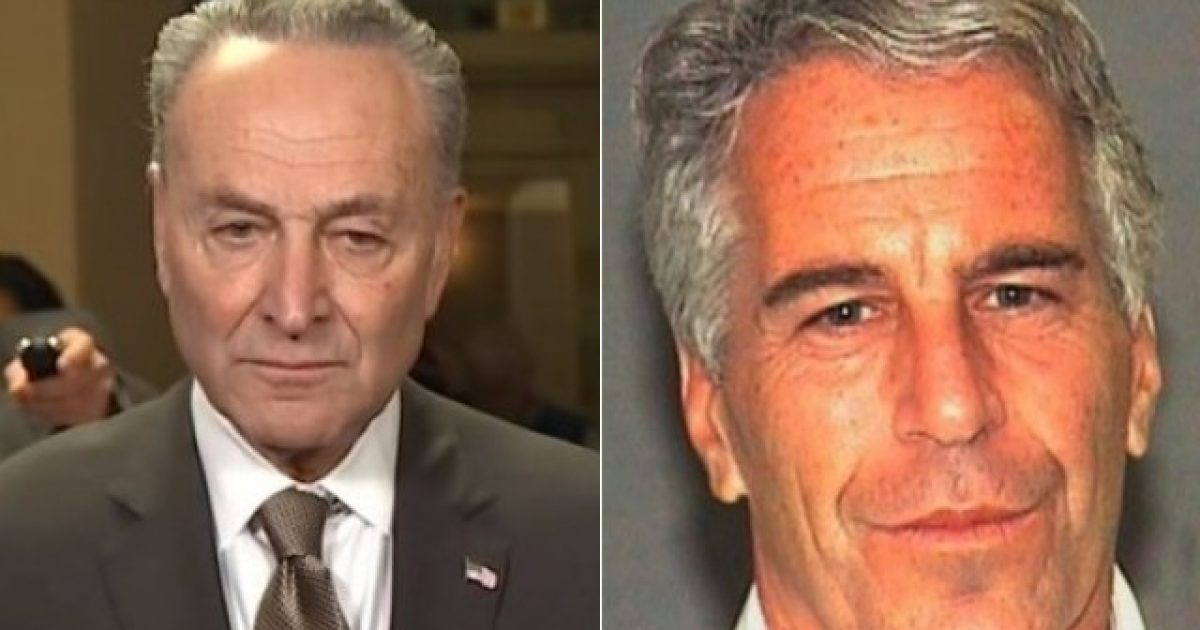 Epstein was convicted as a pedophile in Florida in a plea deal decision that Acosta defended on Wednesday, but Schumer forgot to mention how Epstein lined his pockets before that happened.

“If he refuses to resign, President Trump should fire him. Instead of prosecuting a predator and serial sex trafficker of children, Acosta chose to let him off.

“We cannot have as one of the leading appointed officials in America someone who has done this,” he said during a speech in the Senate.

He also said that President Donald Trump should answer for the extent of his relationship with Epstein, who he knew prior to his conviction.

“The president needs to answer for his statements he has made about his relationship with Mr. Epstein. In 2002, he said he had known Epstein for 15 years and he was, quote, a terrific guy who enjoyed women, quote, on the younger side, unquote,” he said in the Senate.

Really Sen. Schumer? Ok then. When are you going to start explaining your relationship with the convicted pedophile Democrat donor?

The New York senator and entities that are linked to him received a grand total of around $22,000 from the accused sex trafficker, The New York Post reported.

Federal Election Commission records show that Schumer received seven $1,000 donations from Epstein between 1992 and 1997, first as a US congressman from New York and then when he was vying to be the state’s senator in 1998, an election he won.

Epstein — who was arrested Saturday and charged with sex trafficking and a related conspiracy countfor allegedly sexually abusing a vast network of underage girls — also gave $10,000 to Victory in New York, a joint fundraising committee established by Schumer and the Democratic Senatorial Campaign Committee.

Both of Epstein’s donations to the committees came in October 1998 — and look to have primarily benefited the DSCC and the Liberal Party of New York, as Epstein would have already met the $2,000 limit on donating individually to Schumer.

At the time, donors could give $1,000 to a candidate per election — once in the primary and again in the general.

“While these campaign accounts closed about 20 years ago, and even then the campaign never controlled the two political action committees (PACs), Senator Schumer is donating an equal sum to anti-sex trafficking and anti-violence against women groups,” his spokesman Angelo Roefaro said.

That is a nice gesture, and similar to what he did with his Harvey Weinstein donations, but the question that should be asked is, why are so many predators donating to him?