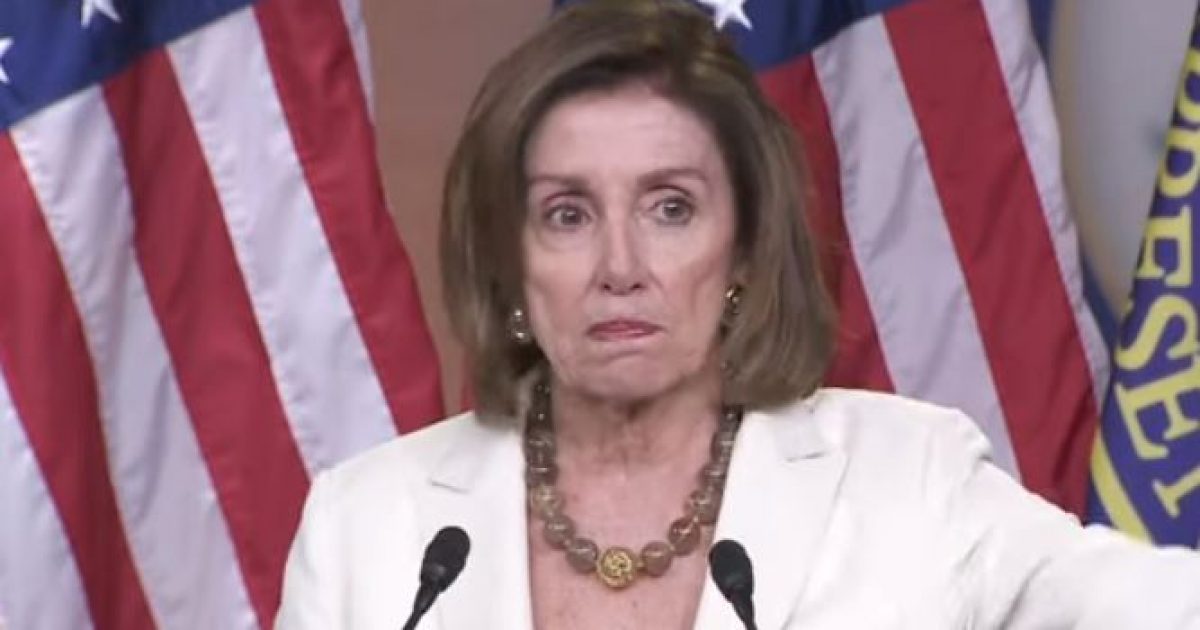 House Speaker and Democrat California Rep. Nancy Pelosi took a break from her feud with fellow Democrats to advise undocumented immigrants on how to avoid ICE.

Immigration and Customs Enforcement is scheduled to begin raids this Sunday, after postponing them weeks ago at her request.

But now that the raids are happening Democrats are in a frenzy deriding President Donald Trump for enforcing the law of the land.

“An ICE deportation warrant is not the same as a search warrant. If that is the only document ICE brings to a home raid, agents do not have the legal right to enter a home.

“If ICE agents don’t have a warrant signed by a judge, a person may refuse to open the door and let them in,” she said at her weekly press conference.

In a closed door meeting she also urged other Democrat representatives to distribute the “know your rights” information to undocumented immigrants.

“They were very concerned that this goes too far because these raids were not what they signed up for with President Trump.

“And I think their calls to the president made a difference,” she said/ “Hopefully the president will think again about it or these groups will weigh in once again.”

“Families belong together,” she said. “Every person in America has rights,” no matter what their immigration status is.

“Tell me one thing that this majority has done in the amount of time that the speaker called the president and asked him to delay it? Has there been a hearing?

“Has there been a bill produced? Have we asked to stay over a weekend and solve this problem?” he said to reporters.

“I think if the president actually saw the House actually taking action, he probably would delay even further to make sure the problem gets solved,” he said.

“[Pelosi] asked the president to delay it and he said he would,” he said. “It is the speaker who is causing this problem.”

“#ICEraids are expected to begin this Sunday: **07/14**” Minnesota Rep. Ilhan Omar said. Every person, including undocumented Americans, has rights if they are approached by ICE.

“The @ACLU has put together a guide for your rights if you or someone you know is stopped and questioned by ICE. Read up on your rights and then share it with your friends and family.

“These raids will dehumanize immigrants and tear families apart. This will not make our country any stronger. It will only traumatize children, destroy lives, and make our country less safe.

“If you are an undocumented immigrant, please know that you are in my thoughts and that I will keep fighting to make our immigration system welcome all who seek a better life in our country,” she said.

Why are Democrats working this hard to protect people who broke the law?

Scientists In The US, WHO, State Omicron No Worse Than Other Coronavirus Variants
December 8th, 2021 The Political Cowboy