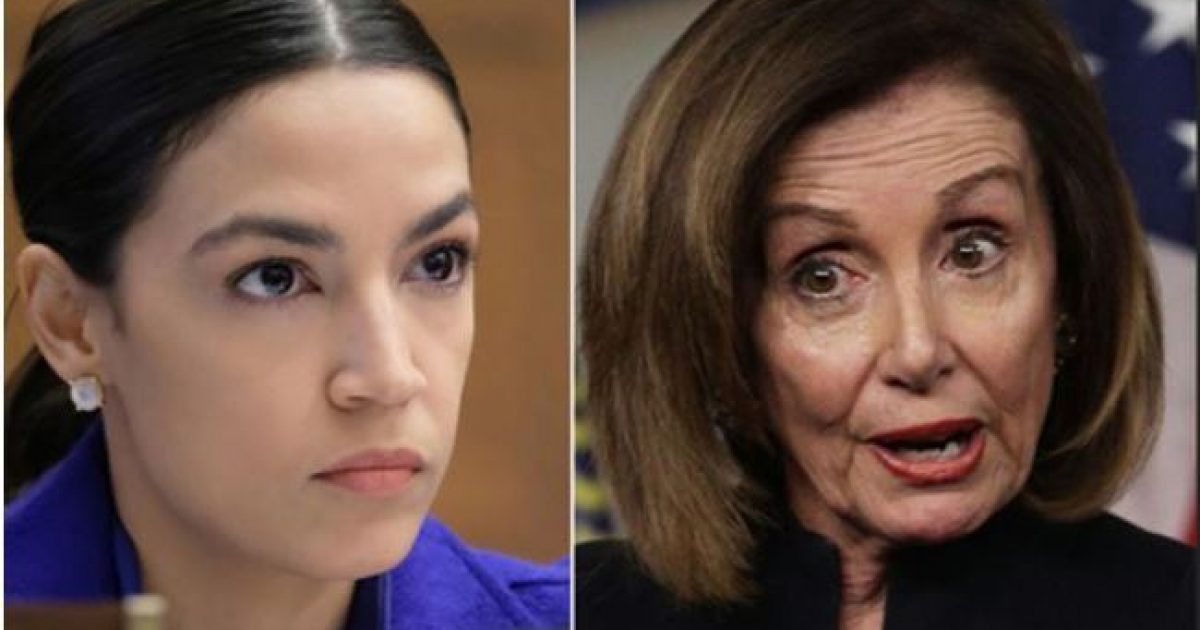 Kirsters Baish’s OPINION| The Democratic Party, as a whole, has sided with longtime lawmaker Nancy Pelosi over Democratic New York freshman congresswoman Alexandria Ocasio-Cortez after the progressive politician launched an attack on House Speaker Pelosi this week, claiming that she was “singling out newly elected women of color.”

I don’t know about you, but that sounds like an accusation of racism to me.  I know I would take it that way if the comment had been directed at me.

According to Fox News, “Rep. William Lacy Clay, D-Mo.,added to the mounting Democratic criticism of Rep. Alexandria Ocasio-Cortez, D-N.Y., slamming her ‘inappropriate’ suggestion that House Speaker Nancy Pelosi, D-Calif., is singling out the New Yorker and her ‘squad’ of fellow freshman because of their race.”

“It was such a weak argument to say she was being picked on and that four women of color were being picked on by the speaker,” he insisted. “It tells you the level of ignorance to American history on their part as to what we are as the Democratic Caucus.”

Ocasio-Cortez was quoted by the Washington Post as having said, “When these comments first started, I kind of thought she was keeping the progressive flank at more of an arm’s distance in order to protect more moderate members, which I understood. But the persistent singling out… it got to a point where it was just outright disrespectful… the explicit singling out of newly elected women of color.”

The freshman congresswoman pushed her views, again on Thursday when by CNN reporter Manu Raju questioned her regarding her accusations that Pelosi had acted out of racism.

Ocasio-Cortez was sure to answer, “no,” when asked if she felt that the House Speaker was racist.

During a Thursday morning press conference, Pelosi seemed to be angry as she spoke about the drama. She defended her caucus, slamming the progressive Democrat without actually saying her name.

AOC stands by her sentiment that Pelosi is singling out women of color but says Pelosi is "absolutely not" racist pic.twitter.com/3CzB73UhAb

According to The Hill, “A growing number of progressive House Democrats, frustrated with an ongoing spat between Speaker Nancy Pelosi (D-Calif.) and Rep. Alexandria Ocasio-Cortez (D), are taking the freshman New Yorker to task for accusing Pelosi of treating minority women unfairly.”

Critics of AOC say that she crossed a major boundary when she accused House Speaker Pelosi of targeting women of color in politics.

As was mentioned earlier, Democrats struck back against Ocasio-Cortez on Thursday, explaining that she feels she has more pull on Capitol Hill than she actually does.

“What a weak argument,” Democratic Representative Lacy Clay of Missouri, who is also a member of the Congressional Black Caucus and the Progressive Caucus. Clay continued, “Because you can’t get your way and because you’re getting pushback you resort to using the race card? Unbelievable. Unbelievable to me.”

Other leftists defend Pelosi as well.

“You know how people lose the elections? By not having the ability to see the big picture and not being able to keep their eye on the ball,” stated Democratic Florida Representative Val Demings, who is also a Congressional Black Caucus member.

Democratic Representative Pramila Jayapal of Washington, an Indian American Congressional Progressive Caucus co-chair, said that she could relate to AOC.

“I can tell you that it happens all the time. It isn’t usually from just one person. The system is geared in that way,” Jayapal insisted. “It’s just a constant thing we deal with as women of color. It’s always harder when it’s perceived as coming from your own side, whether that was how it was intended or not.”