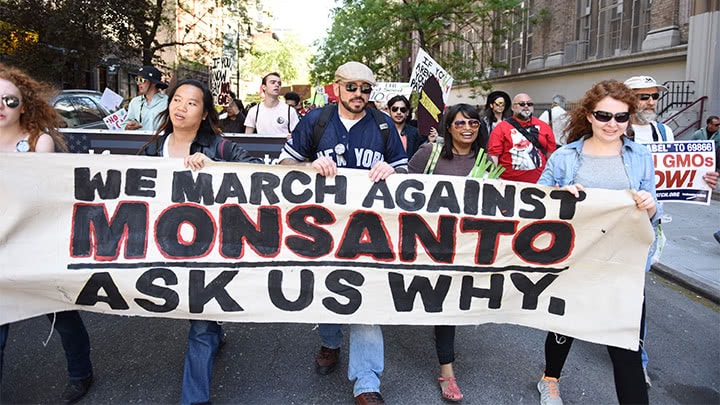 When hobbyist gardeners and landscapers gear up to start their annual jobs each spring, they usually trust the products they’re using. Best practices associated with each product, such as being cautious with a lawnmower or handling sharp gardening tools with care, are usually known in advance. Unfortunately, if the product isn’t marketed as needing extra precautions, consumers may not know the dangers they face.

People all over the world are coming together to fight against the manufacturer of the most popular herbicide in the world for allegedly causing cancer. Consistent Roundup users are claiming that long-term use of the product has caused their non-Hodgkin’s lymphoma, B-cell lymphoma, leukemia, and other blood-related cancers. Thousands of these individuals have sought legal assistance to battle against the manufacturer, Monsanto, now owned by Bayer AG, in court for failing to warn customers of the potential dangers that are associated with Roundup.

Within the last few years, possible risks of a main ingredient found in Roundup were released to the public. Although these dangers include the potential to cause cancer in humans, both Monsanto and Bayer officials continue to stand by the safety of the product. A study provided in one of the significant court cases against Roundup to date, revealed that glyphosate, the controversial element being called into question, has the ability to disrupt natural cell-cycles, which can cause cancer.

In the three high-profile lawsuits that have been brought against Bayer, all of the plaintiffs were diagnosed with non-Hodgkin’s lymphoma that they attributed to their Roundup use. Dewayne Johnson, the first to see a day in court with regard to Roundup, had been using the product at his groundskeeper job consistently before his diagnosis. In various instances, Johnson became drenched in the product after accidentally spilling it on himself, then simply showering in order to remove it.

His case’s jury awarded him $289 million in damages after concluding that the manufacturer failed to warn consumers of the dangers associated with the product, but the award was later reduced to $78.5 million by the presiding judge. Bayer announced plans to appeal this verdict,  and Johnson has vowed to appeal this reduction with hopes of receiving the full $289 million.

This case was significant in exposing Monsanto’s previous attempts to hide the dangers of Roundup. Allegedly, the company had notable scientists add their name to research that countered other studies finding the potential dangers of glyphosate, which is called “ghostwriting.” Medical writer, Dr. Katy Moncivais, PhD, says, “The way Monstanto’s scientists subverted the scientific process redefined my view of mercenary behavior in industry. One of them blatantly told potential new authors that he needed them to sign onto the paper just to hide his own (and Monsanto’s) authorship. As far as I’m concerned, that’s a lie with hefty ethical and professional implications.”

In another case posed against Bayer, deemed a bellwether trial, Edwin Hardeman was also diagnosed with cancer after years of using Roundup on his properties. Hardeman was eventually awarded $80 million as the jury came to the conclusion that Roundup was a substantial factor in his development of non-Hodgkin’s lymphoma. The jury in Hardeman’s case was presented with several studies regarding both the specific concoction that makes up Roundup and glyphosate specifically that helped them come to this conclusion. These studies found that the ingredients in Roundup were more toxic than glyphosate alone and directly impacted human embryonic, umbilical, and placental cells.

In the most recent trial against Monsanto, also deemed a bellwether trial, California couple Alva and Alberta Pilliod took the stand to fight against Roundup after they were both diagnosed with non-Hodgkin’s lymphoma after regular use. The jury in this case found that Monsanto had “engaged in conduct with malice, oppression or fraud,” and awarded the couple over $2 billion in damages.

The cases against Bayer have not finished, but the company has already vowed to appeal all losing verdicts. More than 13,000 consumers diagnosed with cancer are waiting in the wings before their time in court with the pharmaceutical giant. The next case is in August with Sharlean Gordon, a cancer patient in her 50s alleging that her 15+ years of Roundup use is what caused her development and diagnosis.

While more and more consumers come forward with their horror stories, it will be interesting to see how these cases continue to play out in court. From the looks of the previous high-profile cases, it appears that there is no end in sight for Bayer.