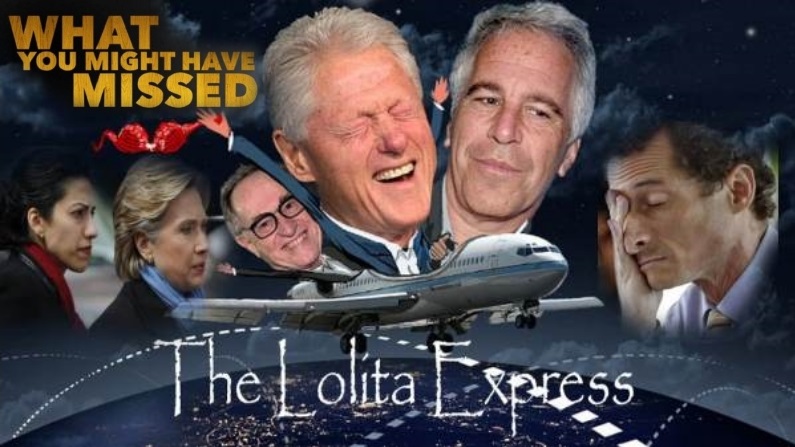 As often happens, there are a plethora of stories that get buried when a very large story takes center stage.  Such was the instance this past week where every day there was media speculation and coverage of billionaire pedophile Jeffrey Epstein.  Not only is Bill Clinton caught up in that story and his Clinton Global Initiative, but so is President Donald Trump, his Labor Secretary Alexander Acosta, and Democrat prosecutor Barry Krischer who let Jeffrey Epstein go.  However, there were a few stories this week of interest that you may have missed in the news cycle.  Here are five that I believe are very important.

Click on the titles to read the entire article.

Jacob Schwartz, 31, pleaded guilty to promoting a sexual performance by a child and will face up to three years in prison.

Schwarz was busted in possession of more than 3,000 images and 89 videos on his laptop from downloads off the internet.

Of course, De Blasio dismissed questions about the arrest, only having a spokeswoman state that Schwartz “is being terminated immediately, and the agency is cooperating with investigators.”

Laura Loomer has retained Larry Klayman as her legal counsel and is suing Facebook for 3 BILLION Dollars.

On Tuesday, Larry Klayman, the founder of Freedom Watch and a former federal prosecutor announced the filing of a defamation lawsuit by conservative investigative journalist Laura Loomer against Facebook. The complaint, filed in the U.S. District Court for the Southern District of Florida (Case No. 9:19-cv-80893), alleges that Facebook and its wholly owned sister company Instagram, in banning Ms. Loomer from the social media sites, maliciously defamed her by publishing that she is a “dangerous individual” and a domestic Jewish terrorist.

The banning of Loomer, along with several other high profile conservatives sparked international outrage, as users wondered how Facebook could claim that Loomer and others were more “dangerous” than terrorist groups like ANTIFA and ISIS, which have accounts on Facebook and Instagram.

Klayman had this to say upon filing suit for Ms. Loomer:

“Laura Loomer is an American heroine, who puts principle ahead of her own safety and well being. By calling Ms. Loomer dangerous and banning her from Facebook and its related wholly owned and controlled entity Instagram, the companies have not only maliciously defamed her but in effect issued another Intifada to harm her for criticism of Reps. Omar and Tlaib and their blatant anti-Semitism. This will not stand and Facebook will be made to pay dearly for its actions.”

U.S. Rep. Michael McCaul (R-Texas), the ranking member of the House Foreign Affairs Committee, said on Monday that Rep. Ilhan Omar (D-Minn.) should be removed from the committee for her anti-Semitic remarks.

When asked by Michelle Makori of i24 News at the annual summit by Christians United for Israel whether the freshman congresswoman should be kicked off the committee, McCaul said that decision is up to the committee’s chairman, Rep. Eliot Engel (D-N.Y.), and Speaker of the House Nancy Pelosi (D-Calif.)—an answer that elicited jeers from the CUFI crowd before McCaul could finish his answer.

“But as for me, I think Omar has to go,” he said, eliciting wild applause and a standing ovation from the audience.

In February, Omar accused the American Israel Public Affairs Committee, the largest pro-Israel lobbying organization, of paying members of Congress to back Israel.

The following month, she pointed fingers at her “Jewish colleagues” for attacking her and Rep. Rashida Tlaib (D-Mich.) for labeling every criticism of theirs as anti-Israel because of the Muslim faith of the two congresswomen, in addition to slamming her critics regarding “the political influence in this country that says it is OK to push for allegiance to a foreign country.”

This led to a passed resolution condemning anti-Semitism and other forms of hatred that did not call out Omar by name.

In his remarks, McCaul said that the Foreign Affairs Committee “has always been bipartisan on foreign affairs. But it’s also been pro-Israel. And now, for the first time, we have a member on this committee that is not and is making anti-Semitic comments.”

“And then we have Tlaib and [New York Rep. Alexandria Ocasio-Cortez] joining in on the chorus against the Jewish people,” added McCaul. “This cannot stand in the United States of America.”

Fourteen Russian Navy seamen lost their lives aboard a Russian submarine last week, but the hush hush tone from both Washington, DC and the Kremlin have spared theories ranging from the sub was sent to “kill the internet” to it had engaged a US sub off the coast of Alaska.  Reports also indicate that the submarine may have been carrying a cobalt thermo-nuclear bomb.  Now, strange comments that were uttered at a funeral for the sailors spark even more interest in what actually took place.

On Monday, eulogies that were given during the funeral for the sailors there were some strange comments made.

According to Business Insider:

A top Russian naval officer said that the 14 Russian sailors who died in a fire aboard a secretive Russian submarine last week sacrificed themselves to prevent a “catastrophe” on a planetary scale, Bloomberg reported Monday, citing Russian media reports.

“With their lives,” the unnamed Russian officer said at a funeral in St. Petersburg, “they saved the lives of their colleagues, saved the vessel and prevented a planetary catastrophe.” Kremlin spokesman Dmitry Peskov, who said he was unaware of the officer’s comments, denied that there was any risk of a broader threat.

5. Florida County Gets Rocked By Explosive Report Over Fraudulent Sheriff

On Wednesday, I reported that FOX4, a Southwest Florida media outlet, is the only outlet willing to step up and inform the public about Lee County Sheriff Carmine Marceno.  I told you that their investigative reporter and news anchor, Jane Monreal, had an exclusive report that was coming out last night that was going to use the same documents I reported on for months to expose the fraudulent sheriff, and it was incredible!

Since I am committed to seeing this thing through, along with the underlying story about Deanna Williams, I thought it to be fair to you to present the report for your viewing so that you can see that someone independent of myself, went through the same documents and the same channels and came to the exact same conclusions I did.

This report rocked Lee County and the surrounding counties.

Many people friended me and watched my live comments during the report.

Many have told me that they had been waiting for local media to break the story locally after I had been doing it for months.

Well, Monreal and her team did just that, and I want to share that with you now.  So, here are two reports that were put out last night.  If you want to see the written report, go here. 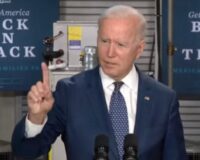 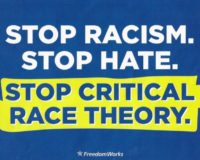 Trans Female BMX Athlete Representing the US Threatens to Burn American Flag on Podium if She Wins at Olympics This Summer – DARE YOU….
June 22nd, 2021 Conservative Firing Line