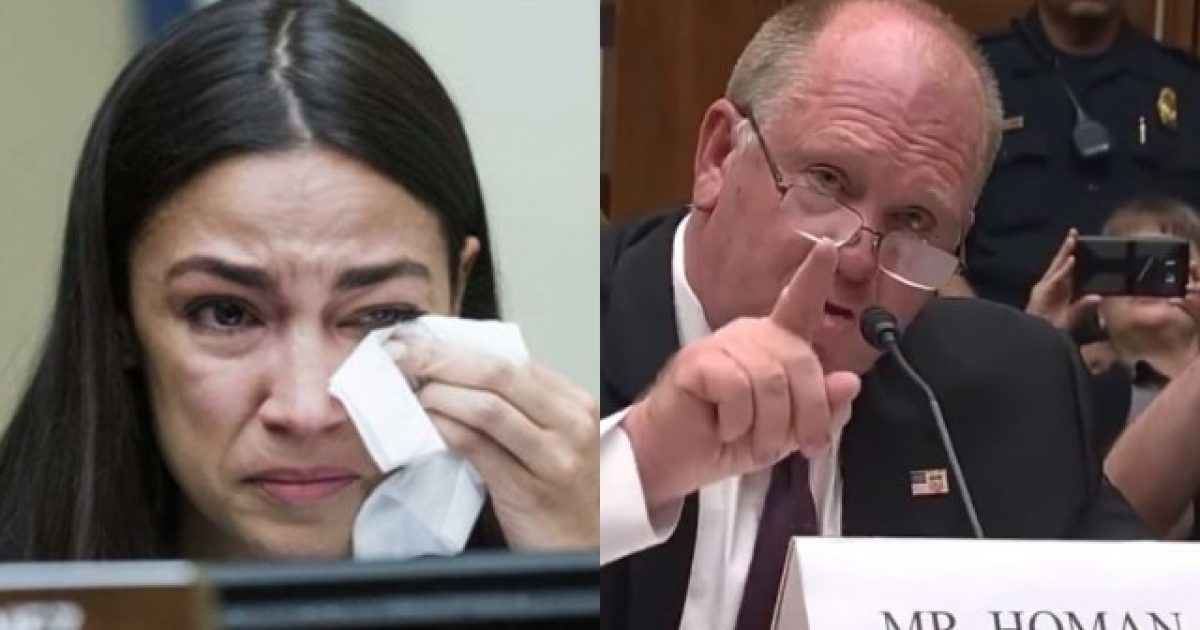 Armed with scripted questions she was no match for Homan, who was armed with facts, the law, and logic:

Ignoring the cause of the problem, AOC fixated on the separation policy, that Homan had signed.  AOC was attempting to paint the former ICE director as an uncaring bully, a Gestapo agent, to bolster Dems’ concentration camp narrative.

Homan: The same as it is when every U.S. citizen parent gets arrested with a child

Ocasio-Cortez: Zero tolerance was interpreted as the policy that separated children from their parents.

Homan: If I get arrested for DUI and I have a young child in the car, I will be separated. When I was a police officer in New York, and I arrested a father for domestic violence, I separated that father from his family.

Get ready for the idiot alarm…

Ocasio-Cortez: Mr. Homan, with all due respect, legal asylees are not charged with any crime.

Homan: If you want to seek legal asylum go through a port of entry.  Do it the legal way.

People with legitimate claims to asylum go through ports of entry!!!

“… the bill to give more money to try to improve conditions in the House is being held together by spit.  But Congresswoman Ocasio-Cortez is opposing the bill.”

“The hypocrisy is breathtaking.”

“On the one hand, she says you are running a concentration camp, and then she refuses to provide the president with the money to enlarge the facilities.”