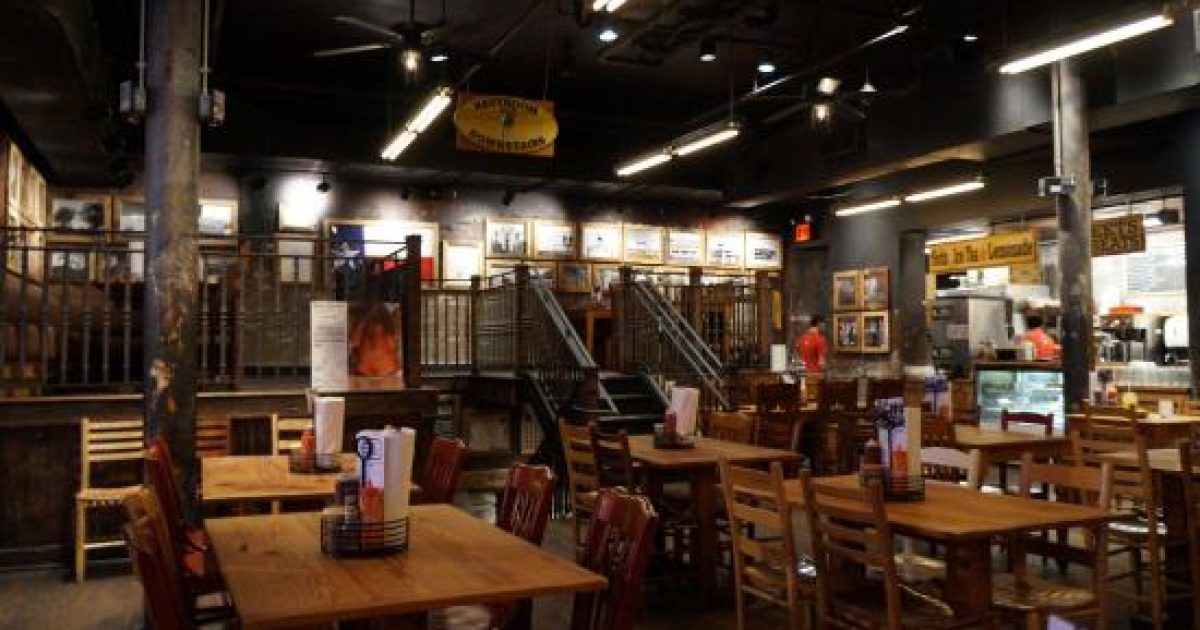 The left proves every day that they are as ignorant as a box of cornflakes. On July 4th, at Hill Country BBQ in Washington DC, former DNC staffer T.J. Helmstetter turned to Twitter to complain that the restaurant had thrown him out because he called a man wearing a MAGA hat a “Nazi.” (Washington Examiner) Admitting you’re a jackwagon can get some serious responses on social media.

“Guy wears MAGA hat at my favorite restaurant. I say ‘hey are you from dc?’ He says ‘no.’ I say ‘we don’t tolerate racism in this city.’ His girlfriend then physically jabs fingers into my chest and starts threatening me. Management tells me to leave, not woman who assaulted me.” TJ Helmstetter

“Just called the manager there and his answer was “we are an equal opportunity restaurant who welcomes all political viewpoints” before hanging up on me. cool, except MAGA hats actually make clear that POC and LGBT are not welcome at all.” TJ Helmstetter

“To be clear, is the Nazi’s 1st amendment right to wear racist s–t in public. And it is decent people’s 1A right to tell them they are racist pieces of s–t. He exercised his 1A right, and I exercised mine. @HillCountryBBQ mgmt. chose to protect the Nazi’s right but not mine .” TJ Helmstetter

Newsflash, Helmstetter, you don’t have the “right” to destroy other people’s rights, which is exactly what you did for the man who was simply wearing a hat.

It appears that the MAGA hats are magnets for ignorant fools like this former DNC staffer to display their lack of smarts.

Helmstetter probably wasn’t expecting the mocking responses he received, because he moved his account to private immediately after blowback began. But responses he did get… priceless.

Assuming someone is a Nazi because they are wearing a Trump hat is ignorant and trying to ruin his night is rude. Glad to see @HillCountryBBQ handled this appropriately. https://t.co/vRCcllN4RE

Intolerant man harasses people trying to have dinner and is shocked that he is asked to leave. https://t.co/KFvwGIQo0k

This is the saddest thing anyone has ever intentionally tweeted about themselves pic.twitter.com/tYi2VBH1s9

Helmstetter lists himself on Linkedin as the former associate communications director for the DNC. The arrogant jackwagon thinks HE is the victim here. But in reality, he was the victimizer and the management of the restaurant had every reason to throw him out. But people with an ego the size of King Kong probably don’t even have a clue.