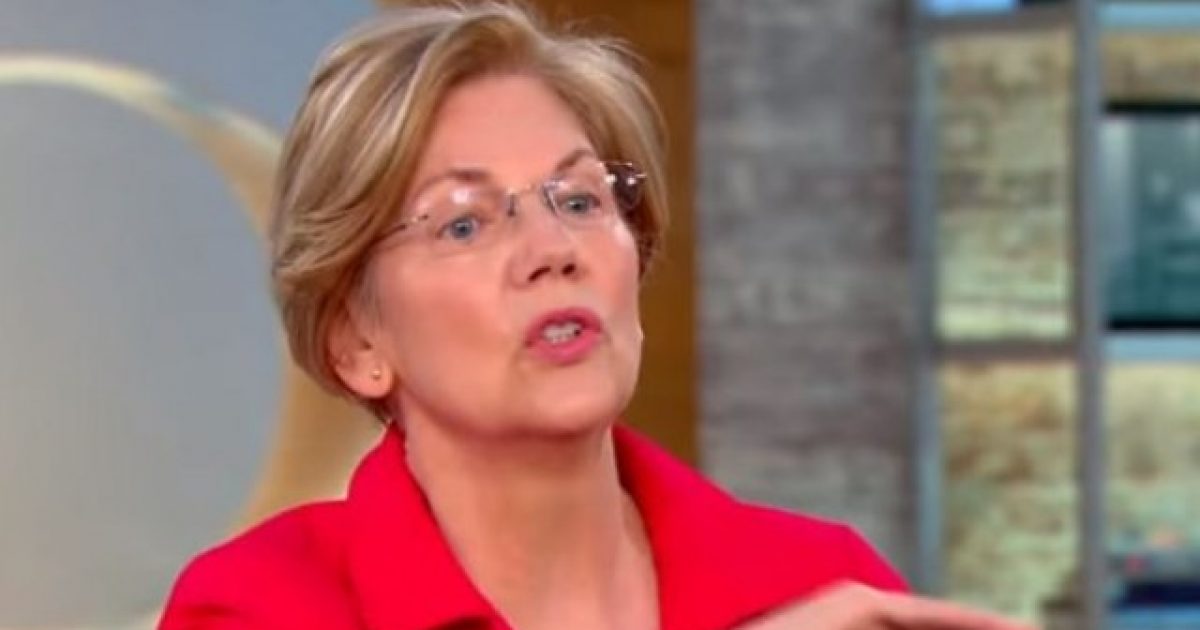 The policy positions of Democrats running for their party’s 2020 presidential nomination have gone from the impractical to the absurd to outright chilling, should any one of them win and actually implement those policies.

The latest comes from Sen. Elizabeth Warren (D-Mass.), who essentially threatened all border enforcement and immigration agents for simply doing their jobs.

In a policy proposal posted online, the Massachusetts Democrat said that as president, she would appoint a “task force to investigate accusations of serious violations — including medical neglect and physical and sexual assaults of detained immigrants.”

She added the task force would be given the authority to pursue any credible criminal allegations.

“Let there be no ambiguity on this: if you are violating the basic rights of immigrants, now or in the future, a Warren administration will hold you accountable,” she said.

Mind you, as politicized as the issue of immigration and border security has become, thanks entirely to Democrats and the hard Left base they seem to want to placate, this is a warning shot across the bow to every law enforcement agent working under the Department of Homeland Security, which is responsible for border and immigration enforcement. Any complaint, no matter how groundless or trivial, would no doubt be aggressively pursued by the Left-wing activists a Warren administration would appoint to such a task force.

But that’s not all Warren wants to do.

She will essentially decriminalize illegal border crossings for most people, pledging to detain illegal aliens only when “it is actually necessary because an individual poses a flight or safety risk” — which, if we’re talking flight risk, would encompass nearly all illegal aliens because the vast majority don’t show up for their court hearings.

Warren and other Leftist Democrats have regularly accused Border Patrol and ICE agents of abusing and mistreating migrants who, by the way, have chosen to break our laws by entering the country illegally.

But supporters including President Donald Trump have pushed back, with the head of the National Border Patrol Council even saying at least one lawmaker, Rep. Alexandria Ocasio-Cortez, was lying.

In recent tweets, the president defended his border agents who are doing a tough job with too few resources and zero help from Democrats.

“Our Border Patrol people are not hospital workers, doctors or nurses. The Democrats bad Immigration Laws, which could be easily fixed, are the problem. Great job by Border Patrol, above and beyond,” he wrote.

“Many of these illegals aliens are living far better now than where they came from, and in far safer conditions. No matter how good things actually look, even if perfect, the Democrat visitors will act shocked & aghast at how terrible things are. Just Pols. If they really want to fix them, change the Immigration Laws and Loopholes. So easy to do!”

…..came from, and in far safer conditions. No matter how good things actually look, even if perfect, the Democrat visitors will act shocked & aghast at how terrible things are. Just Pols. If they really want to fix them, change the Immigration Laws and Loopholes. So easy to do!