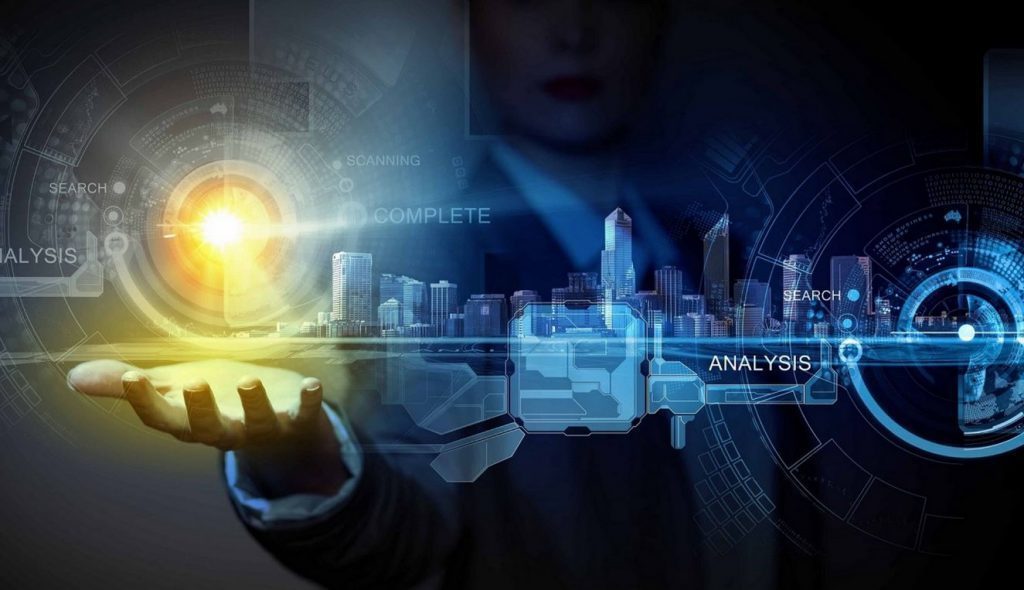 VICE NEWS Motherboard via public records request has revealed shocking details of capabilities of California law enforcement involved in Fusion Centers, once deemed to be a conspiracy theory like the National Security Agency (NSA) which was founded in 1952, and its existence hidden until the mid-1960s. Even more secretive is the National Reconnaissance Office (NRO), which was founded in 1960 but remained completely secret for 30 years.

Some of the documents instructing California law enforcement (Northern California Regional Intelligence Center) “Fusion Center” are now online, and they show just how much information the government can quickly access with little or no knowledge of a person of interest.

“The guide doesn’t just show how Gotham works. It also shows how police are instructed to use the software,” writes Caroline Haskins.

“This guide seems to be specifically made by Palantir for the California law enforcement because it includes examples specific to California.”

According to DHS, “Fusion centers operate as state and major urban area focal points for the receipt, analysis, gathering, and sharing of threat-related information between federal; state, local, tribal, territorial (SLTT); and private sector partners” like Palantir. Further, Fusion Centers are locally owned and operated, arms of the “intelligence community,” i.e. the 17 intelligence agencies coordinated by the National Counterterrorism Center (NCTC). However, sometimes the buildings are staffed by trained NSA personnel like what happened in Mexico City, according to a 2010 Defense Department (DOD) memorandum.

Palantir is a private intelligence data management company mapping relationships between individuals and organizations alike founded by Peter Thiel and CEO Alex Karp. You may remember Palantir from journalist Barrett Brown, Anonymous’ hack of HBGary, or accusations that the company provided the technology that enables NSA’s mass surveillance PRISM. Founded with early investment from the CIA and heavily used by the military, Palantir is a subcontracting company in its own right. The company has even been featured in the Senate’s grilling of Facebook, when Washington State Senator Maria Cantwell asked CEO Mark Zuckerberg, “Do you know who Palantir is?” due to Peter Thiel sitting on Facebook’s board.

In 2011, Anonymous’ breach exposed HBGary’s plan, conceived along with data intelligence firm Palantir, and Berico Technologies, to retaliate against WikiLeaks with cyber attacks and threaten the journalism institutions supporters. Following the hack and exposure of the joint plot, Palantir attempted to distance itself from HBGary, which it blamed for the plot.

This was in part because Palantir had in 2011 scored $250 million in deals ; its customers included the CIA, FBI, US Special Operations Command, Army, Marines, Air Force, LAPD and even the NYPD. So the shady contractor had its reputation to lose at the time being involved in arguably criminal activity against WikiLeaks and its supporters.

Palantir describes itself as follows based on its website:

Police can then click on an individual in the chart within Gotham and see every personal detail about a target and those around them, from email addresses to bank account information, license information, social media profiles, etc., according to the documents.

Palantir’s software in many ways is similar to the Prosecutor’s Management Information System (PROMIS) stolen software Main Core and may be the next evolution in that code, which allegedly predated PRISM. In 2008, Salon.com published details about a top-secret government database that might have been at the heart of the Bush administration’s domestic spying operations. The database known as “Main Core” reportedly collected and stored vast amounts of personal and financial data about millions of Americans in event of an emergency like Martial Law.

The only difference is, again, this technology is being allowed to be deployed by Fusion Center designated police and not just the National Security Agency. Therefore, this expands the power that Fusion Center police — consisting of local law enforcement, other local government employees, as well as Department of Homeland Security personnel — have over individual American citizens.

This is a huge leap from allowing NSA agents to access PRISM database search software or being paid by the government to mine social media for “terrorists.”

Fusion Centers have become a long-standing target of civil liberties groups like the EFF, ACLU, and others because they collect and aggregate data from so many different public and private sources.

On a deeper level, when you combine the capabilities of Palantir’s Gotham software, the abuse of the Department of Motor Vehicles (DMV) database for Federal Bureau of Investigations/Immigration and Customs Enforcement, and facial recognition technology, you have the formula for a nightmarish surveillance state. Ironically, or perhaps not, that nightmare is the reality of undocumented immigrants as Palantir is one of several companies helping sift through data for the raids planned by ICE, according to journalist Barrett Brown.