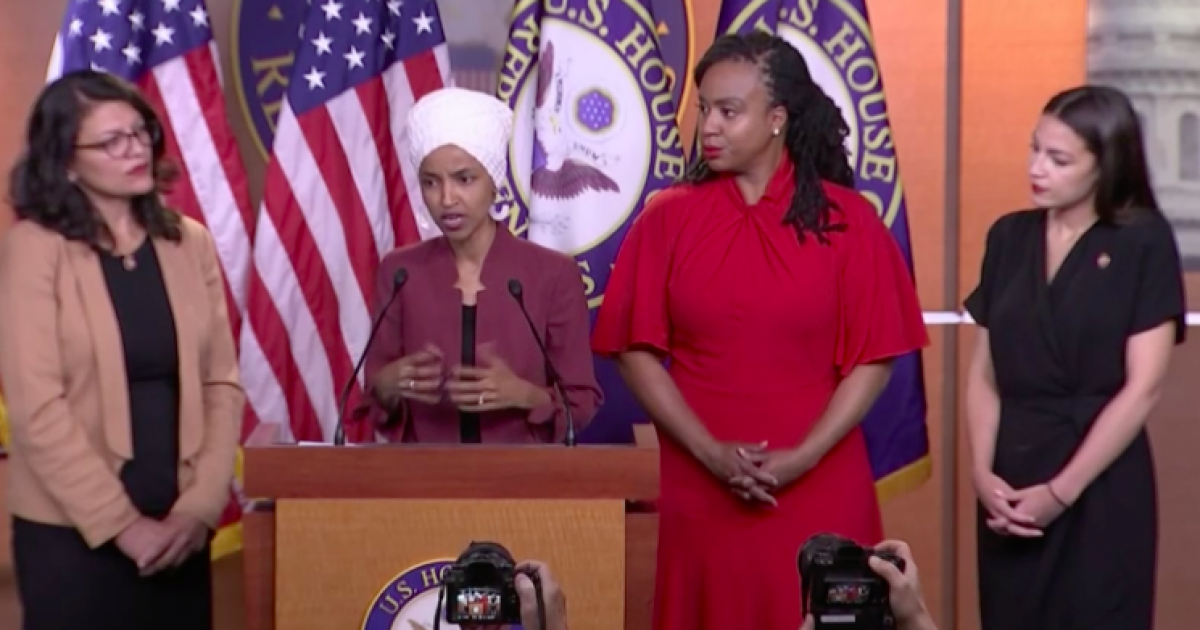 As we and others reported, Ilhan Omar, the treasonous, America-hating, terrorist-loving anti-Semitic Democrat from Minnesota, participated in a press conference on Monday, lying and whining about critical tweets from President Trump.

At one point, a reporter asked Omar to respond to Trump’s criticism that she supports Communism and the terror group al Qaeda.

“I will not dignify it with an answer because I know that every single Islamophobe, every single person who is hateful, who is driven by an ideology of ‘othering’ as this president is, rejoices in us responding to that and us defending ourselves,”she said.

“I do not expect every time there is a white supremacist who attacks or there is a white man who kills in a school or in a movie theater, or in a mosque, or in a synagogue, I don’t expect my white community members to respond on whether they love that person or not. And so I think it is beyond time, it is beyond time to ask Muslims to condemn terrorists. We are no longer going to allow the dignification of such ridiculous — ridiculous statement,” she added.

This would have been a golden opportunity for her to refute Trump’s criticism.  But she failed, leaving us all to believe that she does support Communism and the terror group al Qaeda.

She probably thought that she was owning Trump by refusing to “dignify” that question with an answer. In reality, she only gave her critics more ammunition with which to destroy her. Omar has a history of sympathizing with terrorists and communists. Hell, immediately after the press conference today, she refused to condemn Saturday’s attack on a Tacoma ICE facility by an Antifa terrorist.

As we and others reported, Omar has a long history of siding with terrorists against the United States.  She even asked for “compassion” for a group who wanted to join ISIS.

Now, she refuses to tell us whether or not she condemns Communism and al Qaeda.