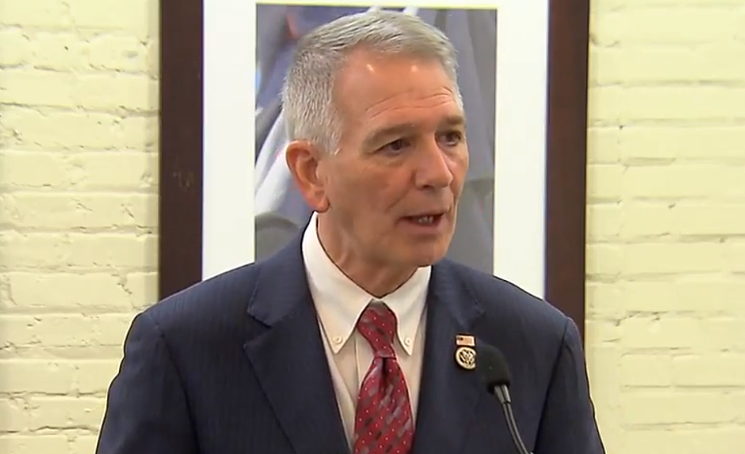 Rep. Ralph Abraham (R-LA) said he would pay for the four progressive Democrat congresswomen President Donald Trump mentioned in a few tweets to leave the country.

There’s no question that the members of Congress that @realDonaldTrump called out have absolutely said anti-American and anti-Semitic things. I’ll pay for their tickets out of this country if they just tell me where they’d rather be.

“There’s no question that the members of Congress that @realDonaldTrump called out have absolutely said anti-American and anti-Semitic things. I’ll pay for their tickets out of this country if they just tell me where they’d rather be,” Abraham, who is running for governor, tweeted Sunday.

Abraham was following up on Trump’s Sunday tweets telling a group of progressive Democrat lawmakers to “go back and help fix the totally broken and crime-infested places from which they came” before coming back to show the U.S. “how it is done.”

Although Trump did not mention these congresswomen by name, his remarks caused many to point out the four members of Congress who had been disagreeing about whether to fund border security.

All the congresswomen are U.S.-born citizens except for Rep. Ilhan Omar (D-MN), who came to the U.S. as a refugee from Somalia, the Associated Press reported.

Trump’s comments evoked swift condemnation and criticism from many on the left, including House Speaker Nancy Pelosi and Rep. Ilhan Omar (MN).

“When @realDonaldTrump tells four American Congresswomen to go back to their countries, he reaffirms his plan to ‘Make America Great Again’ has always been about making America white again,” Pelosi tweeted Sunday. “Our diversity is our strength and our unity is our power.”

“You are stoking white nationalism because you are angry that people like us are serving in Congress and fighting against your hate-filled agenda,” Omar, who was born in Somalia and came to the U.S. as a refugee with her family, tweeted.

“To tell these American citizens (most of whom were born here) to ‘go back’ to the ‘crime-infested places from which they came’ is racist and disgusting,” Amash wrote.