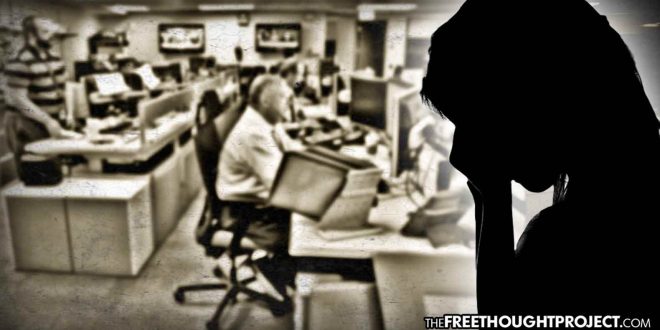 According to the Hill, the END Network Abuse Act would require the Pentagon to enter into agreements with groups including law enforcement, child protection services, social services, and trauma-informed healthcare providers in order to cut down or halt the spread and impact of these images on DOD networks. The bill would also upgrade the training and technical expertise of the military organizations involved in investigating these types of crimes.

“The notion that the Department of Defense’s network and Pentagon-issued computers may be used to view, create, or circulate such horrifying images is a shameful disgrace, and one we must fight head on,” Spanberger said in statement.

Meadows added that the “peer-to-peer trading of child pornography is an unacceptable practice, and federal agencies cannot allow their networks to become a platform for it.”

The idea that the government has to propose legislation to stop the government from using government resources to share and traffic in child pornography is chilling. However, as TFTP has reported, child predators within the government are anything but rare. Much of it has to do with the priority of funds going to other “crimes” instead of protecting children.

Sadly, the funding for the prevention of child sex trafficking is but a drop in the bucket to the $51 billion spent annually fighting a futile and immoral drug war.

Perhaps, if the US cared more about saving children from exploitation and trafficking, and less about kidnapping, caging, and killing people over arbitrary substances they choose to put into their own bodies, this epidemic level of pedophilia could be curbed.

However, as the Free Thought Project has reported numerous times, and as this recent bill exposes, many of these sickos hold positions of power within high levels of the government. They have an incentive to protect their operation and can do so using the many corrupt pedophiles within law enforcement and government as their minions.

In fact, as the 2017 Netflix series, The Keepers, set out to launch an investigation into a murder cold case, it soon became much deeper because of the high-level pedophilia it revealed. The story exposed a concerted effort to conceal widespread rape and sexual abuse committed by Keough school chaplain and counselor Father Joseph Maskell, as well as other clergy, police, and a local gynecologist.