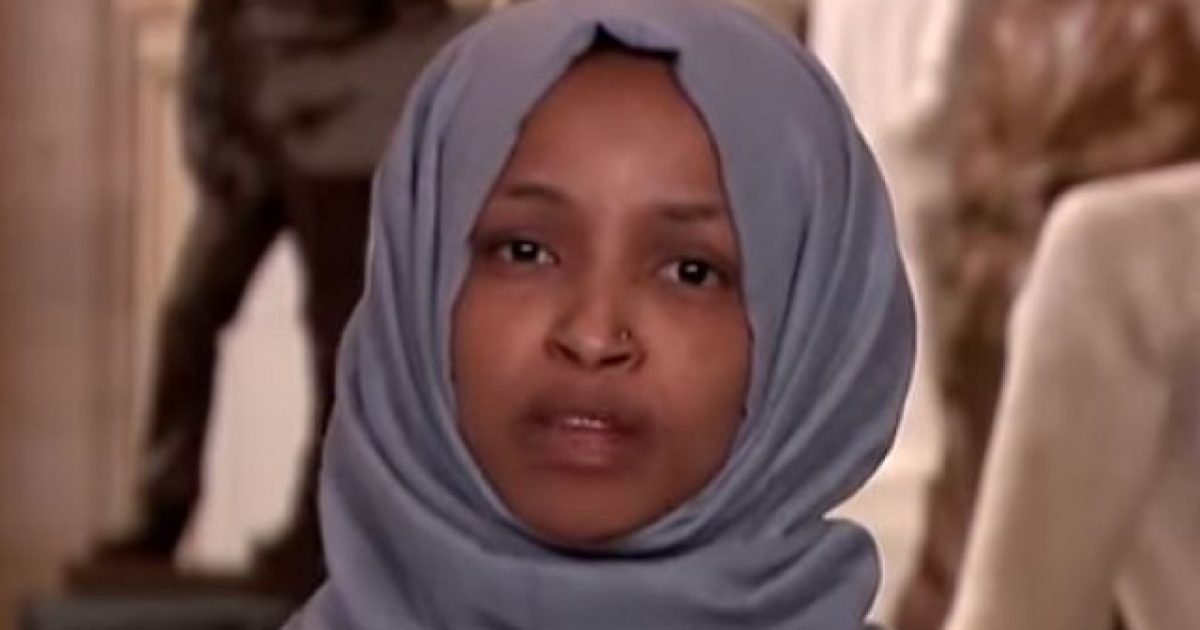 This is totally insane and we think you will agree after reading this- unbelievable!

OPINION Of Elder Patriot – In 2017, while serving in the Minnesota House, Ilhan Omar voted to allow families of terrorists to financially benefit if they are killed while carrying out a terror attack.

The bill, sponsored by Rep. Joe Hoppe, was proposed in response the the San Bernardino terror attack that resulted in the shooting deaths of 14 people and the injury of 22 others.

Rep. Laurie Halverson, a member of Omar’s DFL Party said “If people are using nefarious purposes to take out life insurance policies and unjustly enrich their beneficiaries… that’s going to have a very big impact on ratepayers.”

Makes sense.  Just not to Omar who was only one of two votes against placing the restriction on the enrichment of terrorists.

This should surprise no one as Tucker Carlson recounts her history of anti-American statements:

Rep. Omar can be seen, what appears to me to be, defending Al Qaeda beginning at the :27 mark.

In 2016, while still a Minnesota state rep., Omar asked a judge to go easy on nine men who allegedly tried joining the ISIS terrorist group.

Omar’s predisposition to defending Islamic terrorists is likely why she was elected.  The district she represented has been dubbed the “Terrorist Recruitment Capital of the United States.

By 2012, an astounding 45 Somali men from this one district had joined ISIS or Somalia’s al-Shabaab.

Omar has also spent time aggressively raising funds for, and justifying the existence of recognized terror groups, while downplaying the 9/11 attacks:

Omar: “CAIR was founded after 9/11 because they recognized that some people did something.”

President Trump wasn’t the only person to recognize the incendiary comments of Rep. Omar.  Responsible Muslims refused to remain mute in the aftermath of Omar’s irresponsible statements dispelling the notion that Trump is Islamophobic:

The New York Post's cover for Thursday calls out Ilhan Omar for trivializing the 9/11 terrorist attacks as "some people did something" pic.twitter.com/xToghXSGw5

Omar wants to abolish ICE, open our borders completely, seemingly blames Jews and Christians for imposing their beliefs on America (what exactly is she doing if not that?), and generally places all the ills of the world at the doorstep of Israel and the United States.

Nancy Pelosi: "We must also be vigilant against bigoted or dangerous ideologies masquerading as policy and that includes #BDS" pic.twitter.com/YdIhDkRABJ

Or do you want this?