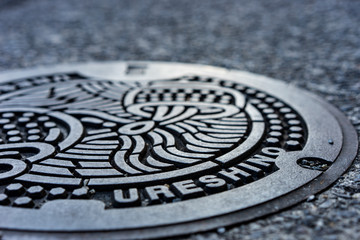 An entire city is attempting to kill words to appeal to emotions and strip away any sense of individuality and identity. Gendered words such as “manhole” will be banned from Berkeley, California’s city codes.

All words that imply a gender preference will be removed from the city’s codes and replaced with gender-neutral terms, according to a recently adopted city ordinance. The city voted Tuesday night to replace gendered terms in its municipal codes, like “manhole” and “manpower,” with gender-neutral ones like “maintenance hole” and “human effort,” reported CNN.

Even the undertone of the far-left CNN article implied that this was absolutely a waste of manpower and time and incredibly ridiculous to boot. If politicians have nothing better to do with their time than ban words from themselves in the laws they write to control the rest of us, perhaps we don’t need them at all.  “Having a male-centric municipal code is inaccurate and not reflective of our reality,” said Berkeley City Council member Rigel Robinson. “Women and non-binary individuals are just as entitled to accurate representation. Our laws are for everyone, and our municipal code should reflect that.”

The item passed without discussion or comments and was not controversial, said Robinson, the bill’s primary author. “There’s power in language,” Robinson said. “This is a small move, but it matters.” The revised city documents also will replace instances of gendered pronouns, such as “he” and “she” with “they,” according to the ordinance.  Berkeley’s city code contains mostly male pronouns, and we can’t have people thinking the government only wants to control men.  Robinson said it “themself”: the laws are for everyone.

At least this particular item will impact the lawmakers and not the citizens, however, we wouldn’t expect that to last for too long. Politicians love their control and language control and political correctness are the cornerstones of censorship.

The root cause of most of society’s ills–the main source of man’s inhumanity to man–is neither malice nor negligence, but a mere superstition–an unquestioned assumption which has been accepted on faith by nearly everyone, of all ages, races, religions, education and income levels. If people were to recognize that one belief for what it is–an utterly irrational, self-contradictory, and horribly destructive myth–most of the violence, oppression, and injustice in the world would cease. But that will happen only when people dare to honestly and objectively re-examine their belief systems. “The Most Dangerous Superstition” exposes the myth for what it is, showing how nearly everyone, as a result of one particular unquestioned assumption, is directly contributing to violence and oppression without even realizing it. – Most Dangerous Superstition