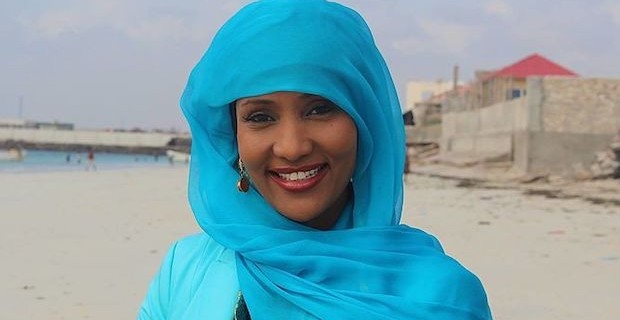 A journalist traveled to Ilhan Omar’s homeland of Somalia to challenge stereotypes and prove the country was “beautiful,” only to end up being killed by terrorists.

Before President Trump’s tweetstorm in which he encouraged Omar to go back and fix her own country, Somali-Canadian journalist Hodan Nalayeh was trying to do precisely that.

Nalayeh returned to the country of her birth to tell “uplifting” stories about Somalia, according to the Washington Post.

The journalist became well known for her relentlessly positive tweets about Somalia. Just one week ago, she lauded the “beauty” of the place.

It was an incredible day to witness #Somalia’s beauty on the island of #Ilisi 🐠 #Kismayo #Somalia #MySomalia pic.twitter.com/KRr0AgGgtK

One respondent praised her for “countering the doom narrative propagated by many about Somalia”.

Your are doing amazing work in countering the doom narrative propagated by many about Somalia, one tweet at a time

Another Somali writer praised her portraying an image of the country radically different from the stereotype of “victims trapped in a vicious circle of conflicts”.

During a video tour on her YouTube channel of the town of Kismayo, Nalayeh said she was hopeful the area could be rebuilt and revived, “Because this place is beautiful!”

On Friday last week, Nalayeh was killed in that very same town when al-Shabab militants stormed the Asasey Hotel in Kismayo.

The total death toll claimed 26 lives and it took around 14 hours for Somali security forces to regain control of the hotel.

“While Nalayeh’s death would seem to underline the harshness of Trump’s remarks, it was also a visceral argument for what many understood to be his central point: that perhaps immigrants should be especially grateful to live in the United States,” reports the Pluralist.