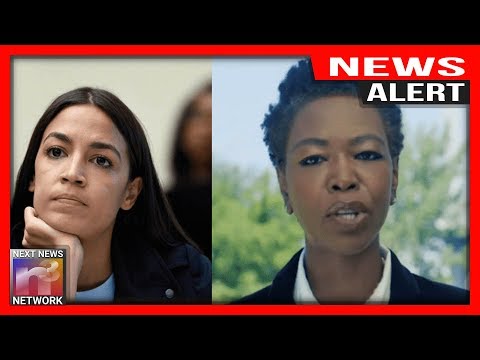 Anyone with half a brain in AOC’s district is breathing much easier today.

It seems a legitimate challenger has emerged and she’s a REPUBLICAN.

Gary Franchi has the latest:

If Murray doesn’t appeal to the voter’s in AOC’s district, then I’d say that they might be the dumbest voting district in America.

“I’m a Jamaican immigrant. And I love America. Not the America radical socialists want to see, but the America that is a land of opportunity for all. That’s what I’m fighting for,” New York businesswoman Scherie Murray, 38, declared in a series of social media posts Wednesday announcing her candidacy for the Republican nomination in Ocasio-Cortez’s district (tweets below).

In her campaign launch, Murray has made clear that she’s not going to pull any punches on her potential opponent. “There’s a crisis in Queens and it’s called AOC,” Murray said in a tweet she’s pinned to the top of her page. “She isn’t worried about us — she’s worried about being famous. That’s why I’m running for Congress.”

“You deserve someone who will fight for you, not fight for the limelight. Someone who will build bridges, not burn them down,” said Murray in a post presenting her official 2020 announcement video. “Lawmakers should be working together to build a stronger, safer, more prosperous America, but your representative in Washington chooses self-promotion over service, conflict over constituents, resistance over assistance,” Murray says in the video.

Dean James also reported on this earlier in the week…

Fed up with the immature shenanigans of Freshman Rep. Alexandria Ocasio-Cortez (D-NY) and prepared to give residents of her district serious representation without all media nonsense and, presumably, without running off billion-dollar companies like Amazon, Jamaican-born Scherie Murray plans to run against her next year.

Murray announced her intent to run against Ocasio-Cortez an interview with Fox NewsWednesday, becoming potentially the fifth Republican to do so.

“There is a crisis in Queens, and it’s called AOC,” Murray said.

“And instead of focusing on us, she’s focusing on being famous. Mainly rolling back progress and authoring the job-killing Green New Deal and killing the Amazon New York deal,” Murray, a former state Republican committee member, said.

Regarding the Amazon deal, the e-tailer behemoth was seeking to locate its second headquarters campus in New York, which would have brought thousands of jobs — and hundreds to Ocasio-Cortez’s Queens district — had the company decided to move forward with the project.

But citing, in part, AOC’s opposition to it, the company instead chose a Virginia location.

Murray launched her campaign by posting a video on YouTube.

AOC is in big, BIG trouble.