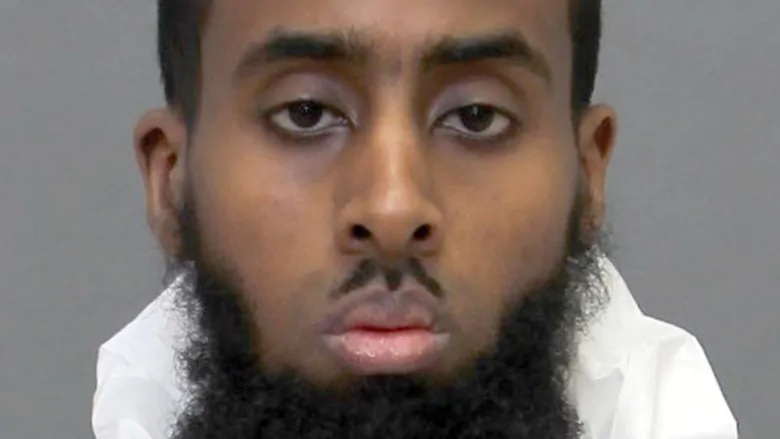 The Ontario Review Board, the top court in Canada’s most populous province, struck a strong blow against “Islamophobia” Monday when it granted permission to a young Muslim named Ayanle Hassan Ali to attend Mohawk College in Hamilton, Ontario. Surely only venomous Islamophobes would want to deny an enterprising Muslim the opportunity to better himself, right? After all, all Ayanle Hassan Ali did was stab three Canadian soldiers and explain that Allah told him to do it. How could anyone deny this fine young man a place at Mohawk College?

Stop worrying, you Islamophobe. The Canadian Press reported that Ali had been found “not criminally responsible” for his knife attack, so why shouldn’t he be allowed to take classes on his own? “The appeal court says the Ontario Review Board considered all the required factors last year in granting Ayanle Hassan Ali permission to attend Mohawk College unaccompanied when staff at the secure Hamilton hospital where he’s detained deem he is ready.”

What a relief! And the wise judges of the Ontario Review Board didn’t stop there. With admirable care for the safety of Ali’s targets, “the three-judge appeal panel further says it was ‘not unreasonable’ for the board to ban Ali from known military facilities or centres rather than the more restrictive measure sought by the Crown — a prohibition from contacting any military personnel.”

But what about Ali’s future fellow students at Mohawk College? Nothing to worry about. Ali was acquitted of terror charges and found mentally ill. After all, Ali said: “Allah told me to do this, Allah told me to come here and kill people.” And everyone – everyone, that is, except racist, bigoted “Islamophobes,” knows that Allah never tells anyone to kill people. What about those passages in the Qur’an telling Muslims to kill infidels wherever they find them (2:191, 4:89, 9:5) and strike the necks of unbelievers (8:12, 47:4)? Relax! In context, and in the original Arabic, they mean “hug them wherever you find them” and “kiss the necks of the unbelievers.” And remember, there are violent passages in the Bible! Only the most hardened “Islamophobes” would think that a Muslim might read such passages and think that he was being told by Allah to, I don’t know, kill unbelievers wherever he finds them and strike their necks. It’s just too farfetched!

And even if one grants the “Islamophobic” understanding of those passages, Ali has been certified not to be a jihadi, but merely another poor victim of mental illness. What could possibly go wrong with a violently mentally ill person attending college? Only Islamophobes – no, wait, Mentallyillophobes – could possibly object.

In reality, the only people who are mentally ill beyond any doubt, in this case, are the judges on the Ontario Review Board. The Canadian Press notes that Ali’s prosecutors are not quite so spectacularly insane, and “had challenged the board’s ruling, saying too much consideration had been given to Ali’s needs and too little to public safety.”

Gee, how could they have possibly gotten that idea?

The Toronto Sun last year noted how the Ontario Review Board is endangering the public: “the board also found Ali, who suffers from schizophrenia, ‘still poses a significant threat to the safety of the public’ and ‘holds some of the same delusions, that he experienced at the time of the (attack).’ He also ‘continues to express concerns about the Canadian government and its interactions with Muslim countries.’”

We have seen so many jihadis say their jihad attack was retaliation for the supposed atrocities of Western governments in Muslim countries — and they’re going to let this would-be jihad murderer loose.

“In the doctor’s opinion, the risks that Mr. Ali poses include: (a) his Psychotic Disorder which is managed well, while he is on medication; and (b) his potential to act out on political, or radical ideas. There is no treatment for this.”RELATED:  UN Quietly Advancing International Gun Confiscation

Well, then, by all means, let him go to college. What could possibly go wrong?

But again, fear not. If Mohawk College is like most colleges and universities today, Ayanle Hassan Ali will find himself among friends. His views on Canada, the Middle East, Islam and other matters will be quite mainstream. Heck, before too long he may even be elected Student Body President. What callow campus Leftist can claim as stellar a record of standing up to the racist, white supremacist establishment as Ayanle Hassan Ali has?