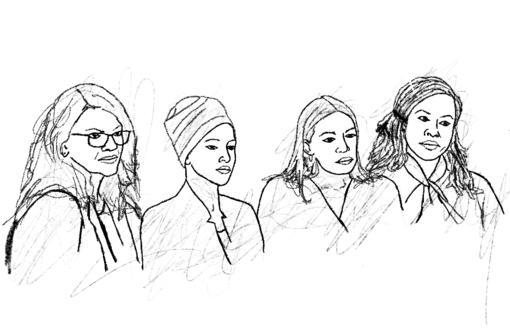 (True Conservative Pundit) Ilhan Omar continues to prove that she is anti-America through and through.  Omar has no problem whatsoever condemning President Trump every chance she gets, yet she cannot or will not condemn Al-Qaeda.

Trump had stated (via Twitter) indirectly that Ilhan is pro-Al-Qaeda.

“This is about love for America. Certain people HATE our Country, They are anti-Israel, pro Al-Qaeda, and comment on the 9/11 attack, “some people did something.” Radical Left Democrats want Open Borders, which means drugs, crime, human trafficking, and much more….”

We will never be a Socialist or Communist Country. IF YOU ARE NOT HAPPY HERE, YOU CAN LEAVE! It is your choice, and your choice alone. This is about love for America. Certain people HATE our Country….

….They are anti-Israel, pro Al-Qaeda, and comment on the 9/11 attack, “some people did something.” Radical Left Democrats want Open Borders, which means drugs, crime, human trafficking, and much more….

“When he made the comment, I know that every single Muslim who has lived in this country and across the world has heard that comment,” she said. “So I will not dignify it with an answer because I know that every single Islamophobe, every single person who is hateful, who is driven by an ideology of othering, as this president is, rejoices in us responding to that, and as defending ourselves.”  (source)

Of course Omar won’t respond to that, why should this surprise anyone?  She won’t respond because any truthfulresponse would be seen as being actively anti-Islam.  The truth would be that Al-Qaeda is a bunch of ideological killers, but Omar would never admit that. Next she tries to mischaracterize the situation by saying that she does not expect white Americans to condemn white people who commit crimes such as mass shootings.  Of course people are not going to condemn all whites based on the actions of a few – well ok, some people will do exactly that, as we all know.  But this is not about condemning a race!  No, it’s about condemning a violent terrorist group.  However, since they are Islamic, they get a free pass.

Unsurprisingly, Ilhan also refuses to comment on the fact that her district is a hotbed of terrorist group recruitment, not to mention that many people from her district left the U.S. to fight with ISIS and other terrorist organizations.

According to National Review, Ilhan introduced a pro-BDS resolution that cleverly does not mention Israel; nonetheless, Israel is the intended target.  This resolution will of course be pro-Palestinian and anti-Israel.

Omar dares to call herself an American, an American that defends our values blah, blah, blah.   I have to ask, what American does these things?

Do you see the pattern here?  Omar characterizes herself as an American while in actuality doing and saying things that are anti-American.  She strongly condemns everything Trump does calling him a racist hater etc., while supporting all things Islam and Leftist.

“True patriotism is not about blindly supporting a single Administration.

True patriotism is about fighting for our country and its dignity.

True patriotism means making sure people of our country and our Constitution are uplifted and protected.”

“And unlike Trump, Obama respected the office!”  (source)

Really now?  Fighting for our country, making sure people of our country are protected.  If this is the case, then why is Omar aligned with terror sponsors like CAIR?  Why is Omar pro-open borders?  Why did Omar take Iran’s side in the nuclear weapons deal?

In this writer’s opinion, Ilhan Omar knows absolutely nothing about patriotism.

Obama respected the office???  Oh please, give me a break Ilhan, that would be like comparing you to, “Sugar and spice, and everything nice.”  Obama disrespected the office of president using it for his and Michelle’s own personal gain, while empowering the “I hate America” agenda.  Obama also was involved in the biggest political sabotage /soft coup attempt ever made in the U.S. against Donald Trump.  But Ms. (Mrs.?) Omar being a solid Leftist cannot comprehend such weighty matters, or chooses not to as these matters do not forward the Islamic and Leftist agenda – of which Ilhan is a top cheerleader.

Let us not forget that this great patriot of America, along with “the Squad,” also voted against the bill to provide relief for those on the Southern border.  Yup, Omar is truly worried about the conditions on the border while she andher “sisters” play politics in a power struggle to take over the Democratic Party and disavow and smear President Trump.

Ilhan Omar in the video below (Ilhan begins speaking at about 4:25) accuses President Trump of violating his oath to the Constitution and “the core values we aspire to.”  My question to Omar is, how did Trump violate his oath?  What criteria is this based on?  It sounds to this writer more like sour grapes, because Trump won’t play along with the Left and the Globalist agenda.  No, Trump is actually the first president in many, many years to actually do something about the Southern border, and not just talk about it like former presidents.

Ilhan Omar and her “sisters” need to be censured, and voted out of office.  Disagreements are fine, differences in opinion and how to accomplish goals are fine, different viewpoints period are fine.  What is not fine is the blatant support for anti-Americanism, globalism, the destruction of Israel, the support of militant Islam, Sharia Law, open borders, removing the Electoral College, and much more.  Enough!

Mark my words here, given the strong anti-Americanism on display by Omar, AOC, and the rest of “the squad,” as well as the divisiveness and the, “let’s punish America” attitude, of the Democratic presidential candidates, Trump will win in a landslide in 2020!