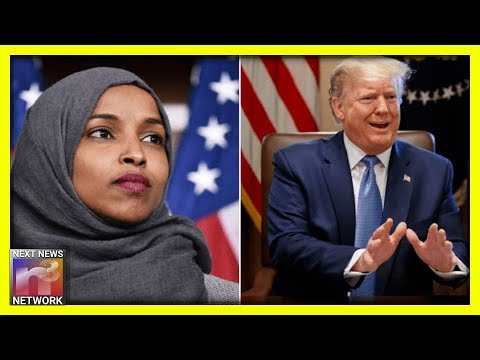 We all wish this woman would take Trump’s advice and go spend a little time back “home” in Somalia.

A video from 2015 was recently unearthed and it is clear that Ilhan Omar does not consider herself an American, but rather a displaced Somalian.

Ilhan Omar with her father and sister. (PowerLine)

According to Steinberg there is credible evidence that Ilhan Omar and her family changed their name to illegally enter the United States back in 1995.

And since that time Ilhan Omar as an adult continued to defy US law. According to Steinberg Rep. Omar committed at least eight instances of perjury going back to 2009. The charges could carry up to 40 years of prison time or deportation.

As The Gateway Pundit posted earlier this week Omar’s father, Nur Omar Mohamed (aka Nur Said Elmi Mohamed), is connected to the former brutal dictator in Somalia, Said Barre. Nur and other former Barre accomplices are living in the US illegally. Nur Said Elmi Mohamed fled to the US with two daughters and changed his last name to Omar to sneak into the country under a different name.

Read the latest DC Clothesline reports on Ilhan Omar below (they will open in a new window):

Ilhan Omar is good for a bombshell a day lately.

She needs to be removed from congress and go back home to live with , , I mean ex-husband and still current brother who happens to be gay.

Not that there is anything wrong with a gay man marrying his sister.

Some say it was immigration fraud, but maybe it was just for fun.

I don’t care about it at this point.

I just want her gone.

This woman needs to be gone and I don’t really care where she goes.

Anywhere but here is a start.

Make some suggestions in the comments, just in case she is reading.