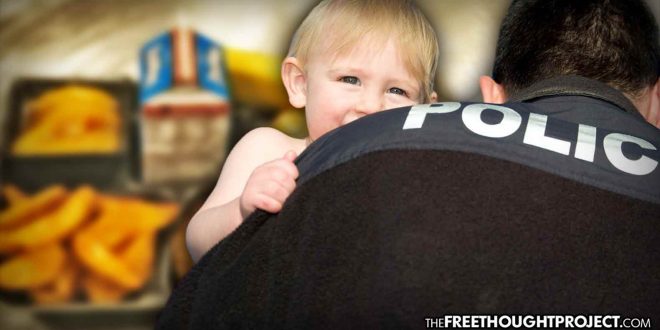 Luzerne County, PA — Wyoming Valley West School District parents, whose school lunch accounts were delinquent, received a disturbing letter last week threatening to have their children kidnapped by Child and Youth Services if they don’t pay their past due balances.

The letter sent to over 1,000 parents reads in part:

You can be sent to dependency court for neglecting your child’s right to food. The result may be your child being taken from your home and placed in foster care

The letter which one parent equated to school-sponsored bullying drew immediate outrage from the community as well as Luzerne County officials who immediately demanded the school retract its letter and explicit threat to steal kids away from their parents. Luzerne County Children and Youth Services executive director Joanne Van Saun said:

Hopefully, that gets their attention and it certainly did, didn’t it? I mean, if you think about it, you’re here this morning because some parents cried foul because he or she doesn’t want to pay a debt attributed to feeding their kids. How shameful.

In another interview with ABC News, Coslett doubled down on the district’s threats and intimated the kidnapping option is still on the table.

It merely lays out the options available to the district if people continue to ignore their parental responsibility and the nutritional needs of their minor sons and daughters…These parents need to look in the mirror…This matter isn’t going away merely because delinquent debtors make Valley West the bad guy.

Coslett’s comments which one could characterize as insolent were countered by county officials who claimed the school system is simply lying about the power the schools have to steal kids. The county manager and the child welfare agency director penned their own letter sent to the school superintendent telling the school system to stop lying to parents. According to PennLive:

Luzerne County’s manager and child welfare agency director have written the superintendent, insisting the district stop making what they call false claims. Their letter calls the district’s actions troubling and a misrepresentation of how the Children and Youth Services Department and its foster care program operate.

It is worth noting that poor parents qualify for free lunches. Parents who have low incomes can qualify for reduced lunch fees. And working parents who qualify for neither of the federally-funded programs pay the full price for school food, the generally poor quality of which could not be found in any restaurant for paying customers.

So, it’s safe to say the letters were sent to working families too well-off to afford free lunches and too poor to keep their children’s accounts paid up.

Worse still is the national trend of shaming children of working parents whose accounts are delinquent by forcing the children to eat peanut and butter sandwiches instead of a hot meal. Such a phenomena was also considered by the Wyoming Valley West School District’s federal programs director, Joseph Muth, who wrote the letter saying he had considered using food shaming tactics.

The district will reportedly issue a less threatening letter next week in its attempt to collect the over $20,000 in past due accounts. The whole scenario is strangely reminiscent of a school bully threatening to beat up a kid if he doesn’t give him his school lunch money. Except this time, the threat is coming directly from the school, and the parents are the ones being bullied.