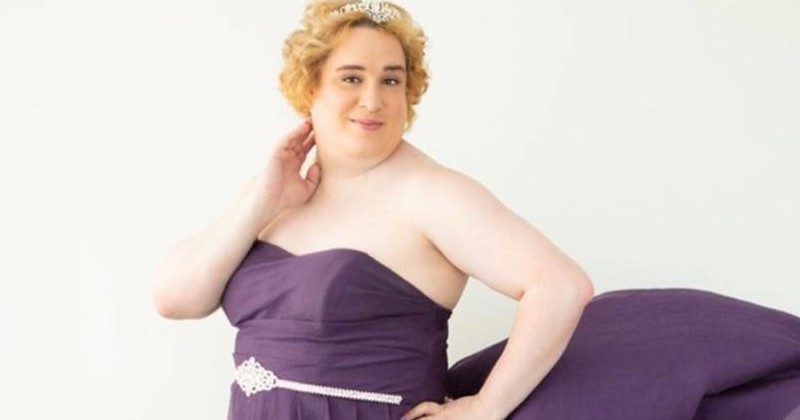 A trans activist who gained notoriety for attempting to force beauticians to wax their balls and penis is now arranging a swimming session for girls as young as 12 where parents will not be allowed to be present.

Jessica Yaniv, who was born a man, has filed complaints with the British Columbia Human Rights Tribunal against fifteen female aestheticians for their refusal to wax her male genitalia.

The controversy prompted comedian Ricky Gervais to wade into the debate.

“How did we get to the point where women are having to fight for the right to choose whether they wax some big old hairy cock & balls or not? It is not a human right to have your meat & 2 veg polished,” tweeted Gervais, who was accused of “transphobia” for defending a woman’s right not to wax male genitalia.

How did we get to the point where women are having to fight for the right to choose whether they wax some big old hairy cock & balls or not? It is not a human right to have your meat & 2 veg polished.

But the situation gets even more bizarre.

Yaniv has now organized a “youth all bodies swim” event at the Al Anderson Memorial Pool in Langley, British Columbia. The promotional material for the event states, “Parents and/or caregivers are not permitted in the event”.

Couldn't believe this was real at first…

…inviting 12 year old girls to swim topless where parents would be barred from attending. pic.twitter.com/VJVHt1imK8

This has caused widespread concern because Yaniv previously made comments described by some as “perverted” about naked girls getting changed in locker rooms.

“If there’s like 30 girls in the change rooms, how many of them would you say are out there changing freely with their vaginas and tits out?” asked Yaniv in one post.

In a girls bathroom. Read the caption. That’s the commenfary of this predator

“Went really well,” states another post. “I expected more though. I only saw one girl in her panties.”

“I was really expecting to walk in and see girls with their boobs out,” comments Yaniv in another post.

Other posts repeatedly show Yaniv asking girls how young they are as well as other disturbing posts such as one which states, “Have you ever seen a tampon string hanging out of another girls thing?”

Time to throw a party! Hatred has no place in this world. Bye Felicia! #LGBTQ pic.twitter.com/6yrBFP4ZpO

Clown world never fails to deliver the insanity, but this is perhaps the clearest example of someone hiding behind a ‘protected identity’ to engage in what critics assert is predatory behavior.