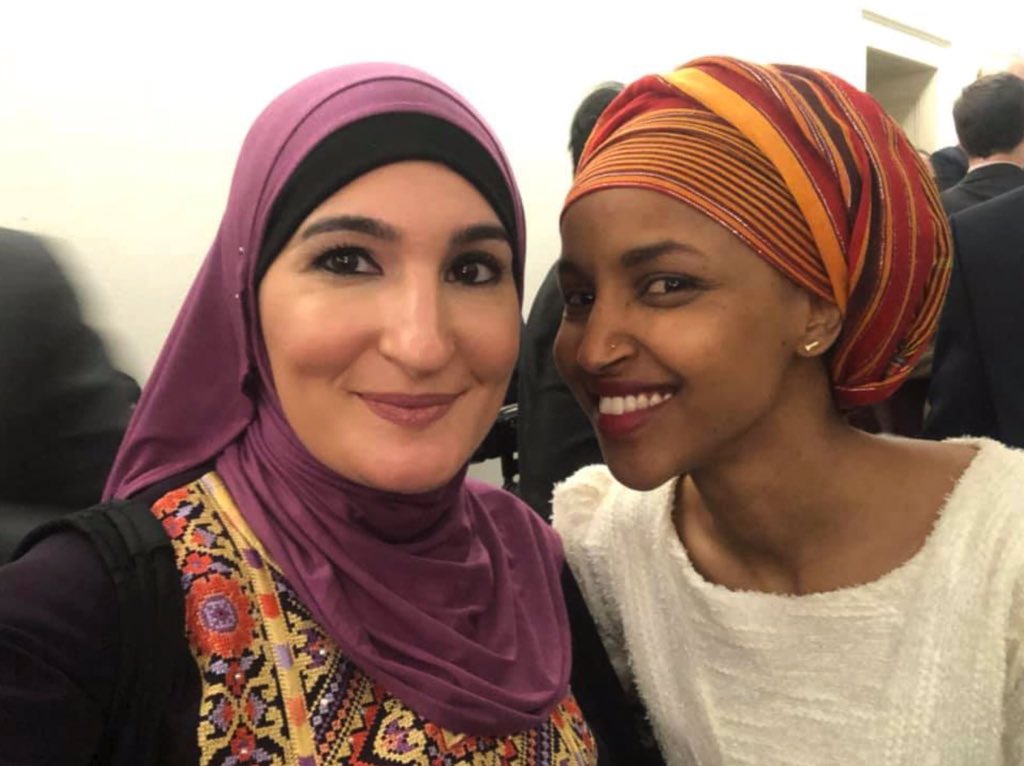 Linda Sarsour, a Hamas-tied and prominent Women’s March leader, Islamic supremacist and anti-Semite who has called for a “jihad’ against President Trump, warned Monday to take action against the president if anything happens to the “The Squad.”

“If anything happens to AOC, Ilhan, Rashida or Ayanna, I will hold this president responsible,” Sarsour tweeted Monday. “This is serious. It’s not a game.”

If anything happens to AOC, Ilhan, Rashida or Ayanna, I will hold this president responsible. This is serious. It’s not a game. https://t.co/QkaB0cBRhe

Sarsour’s tweet was in relation to a Louisiana police officer who reportedly remarked Cortez “needs a round – and I don’t mean the kind she used to serve.” The officer was apparently implying that Ocasio-Cortez should be shot and referencing her past job as a bartender.

Sarsour’s warning to Trump comes after the president repeatedly criticized freshman Democrats, Alexandria Ocasio-Cortez of New York, Ilhan Omar of Minnesota and Ayanna Pressley of Massachusetts, who call themselves the Squad.

Last week, Trump drew the ire of Democrats when he claimed the group is anti-American, anti-Semitic and should “go back” to the “totally broken and crime-infested places from which they came.”

Sarsour has previously called for Muslims to wage ‘jihad’ against Trump. In a screed at Islamic Society of North AmericaConvention in 2017, the left-wing activist praised her mentor Imam Siraj Wahhaj, an unindicted co-conspirator in the 1993 World Trade Center bombings. She then urged the Muslim community to unite against the White House.

“Why sisters and brothers, why are we so unprepared. Why are we so afraid of this administration and the potential chaos that they will ensue on our community?” she said. “I hope, that when we stand up to those who oppress our communities, that Allah accepts from us that as a form of jihad. That we are struggling against tyrants and rulers not only abroad in the Middle East or in the other side of the world, but here in these United States of America where you have fascists and white supremacists and Islamophobes reigning in the White House.”

“Our number one and top priority is to protect and defend our community, it is not to assimilate and please any other people and authority,” she added.

Cortez also shot back against Trump on Monday, referencing Louisiana police officer promotion of violence against her.

The socialist congresswoman, who has repeatedly compared U.S. detention centers to concentration camps and has referred to ICE agents as Nazis, claimed Trump’s rhetoric is “sowing violence” and creating an environment where people can get hurt & he claims plausible deniability.”

The President is sowing violence. He’s creating an environment where people can get hurt & he claims plausible deniability. https://t.co/GuYKPGzSLm

In a three-page manifesto against “visible fascism,” Spronsen warned, “it’s time to take action against the forces of evil” and the “highly profitable detention/concentration camps and a battle over the semantics.”