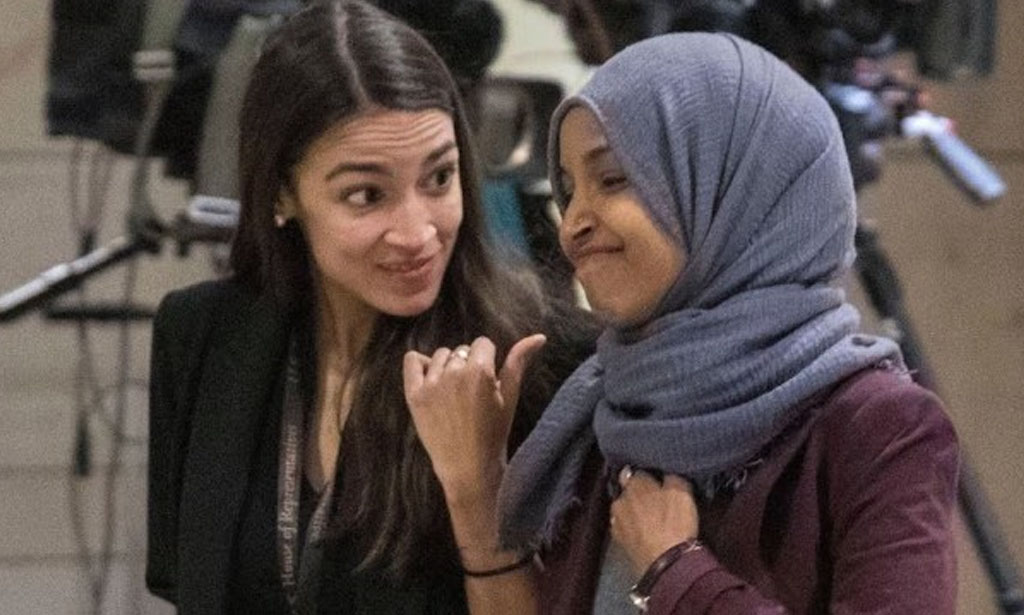 Today we highlight more insanity from two of the most outlandish personalities of the Left.

AOC gets a reality check and Ilhan Omar admits that her heart and HOME are in Somalia.

Democrats are losing the battle on immigration because they are openly vying for open borders.

During the last debate, Democrats raised their hands when asked if they would decriminalize illegal border crossings. The Democratic party has swung so far left that they are pandering to people who aren’t even citizens of this country!

This all comes down to open borders vs having a sovereign nation. Which will Americans vote for in 2020?

Alexandria Ocasio-Cortez expressed her desire for open borders during a panel discussion. Her comments might sound too far left but this is exactly what Democrats want. It’s why they are sitting on their hands instead of working to change immigration loopholes.

“I think, uh, migration to me is liberation…”

“It’s the ability to move and be.”

“It’s the freedom to be, really, is what we’re talking about…and I think that all people should be free to be here and in our communities.. because I think that when you start viewing human beings as intrinsically valuable you feel blessed that they have come to you with their presence and that’s I think the shift we need to come to as a country…”

Not to be outdumbed, Ilhan Omar recently returned to Minneapolis to a warm reception only to put her foot in her big fat mouth AGAIN.

“My Coun—, the Country I came from”

Rep. Ilhan Omar (D-MN) has repeatedly shown that she’s not the proudest American in the country.

The media will fight for her but they’d defend Charles Manson over President Trump, at this point.

Check out what came out of Omar’s mouth when she arrived at the Minneapolis airport.

Rep. Ilhan Omar slipped and referred to Somalia as “my country” during a welcome home party at the Minneapolis airport this week.

Why two videos today? Because these idiots make it impossible to pick just one.

When I was assigned the task of covering Next News Network videos, I was excited.

Little did I know that the idiots they feature would make it so damn hard to pick on some days.

So today you got a bonus video and you are probably dumber for having watched it.

Sometimes after listening to these two I dream about brain transplant surgery.

Watch all of Next News Network’s videos here…