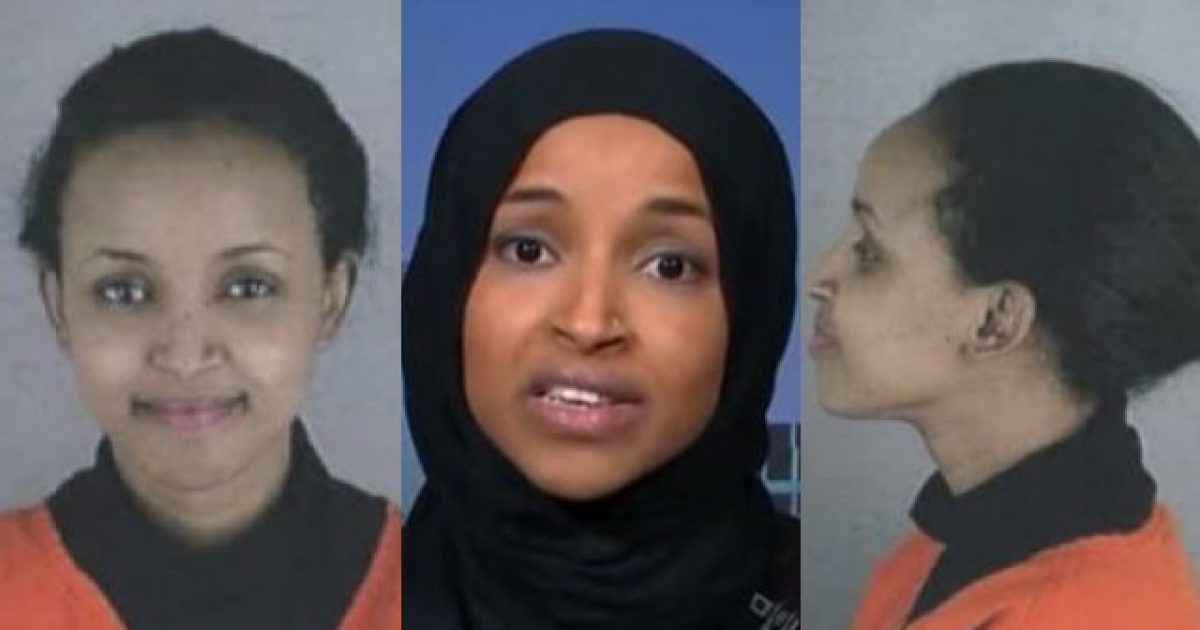 Elder P’s Opinion| Here’s something that I do not recall making  headlines in the traditional media.

Ilhan Omar was arrested in 2013 for trespassing and then booked at Hennepin County Jail “to prevent further criminal conduct,” according to a police report uncovered by Christine Bauman of Alpha News.

–Evidence suggests Omar married her brother most likely to skirt immigration law.  Evidence of their marriage is sufficiently compelling that it warranted a full investigation.  There was none.

-There is sufficient evidence to open an investigation into whether she committed income tax fraud by filing a joint return with a second man who she was not married to. No investigation was opened.

As I have written, @IlhanMN likely committed a remarkable number of additional felonies due to her fraudulent 2009-2017 marriage.

Today’s report appears to confirm the worst of them: @IlhanMN may have filed EIGHT YEARS of fraudulent federal and state tax returns. (2/x)

Omar was deemed to have committed six campaign finance violations by Minnesota officials.

Now, despite the best efforts of the propagandist media to keep her arrest record hidden, we have learned that she her arrest occurred after refusing to follow orders given to her by a police officer trying to contain an unwelcome crowd in a hotel lobby.

The police report is presented below:

Alpha News reported on the incident:  The incident took place on January 18, 2013 following an event at the Minneapolis Convention Center featuring former Somali President Hassan Sheikh Mohamud. The Somali president was set to stay the night at the Hotel Ivy, causing large groups of Somalis to follow the presidential convoy to the hotel, including Omar.

Concerns arose when the crowd became so large that it created concerns that President Mohamud’s security detail would not be able to protect him.  The responding officers also felt the size of the crowd had created a dangerous condition in the event of a fire.

According to the police report, hotel staff requested police assistance in clearing the lobby, saying that anyone without a hotel room key was not welcome on the premises and needed to leave immediately. The officer handling the incident said the majority of people who were asked to leave were compliant. However, Omar, when approached, was “argumentative” and refused to leave.

“As she stood her ground and refused to leave I took hold of her left elbow to escort her from the lobby. Omar then pulled away from me stating, ‘Don’t put your hands on me!’ Others in her group complied and began walking toward the front entry/exit door as I ordered and I managed to coax Omar out with them,” the police report reads.

Omar then returned to the lobby and refused to leave.  The officer reported that she remained defiant and was eventually handcuffed, before being transported to Hennepin County jail.

“Omar was booked at [Hennepin County Jail] as I felt it was likely that she would fail to respond to a citation and she also demonstrated that she was going to continue her criminal behavior.”

Don’t believe us? Even Snopes admits it.