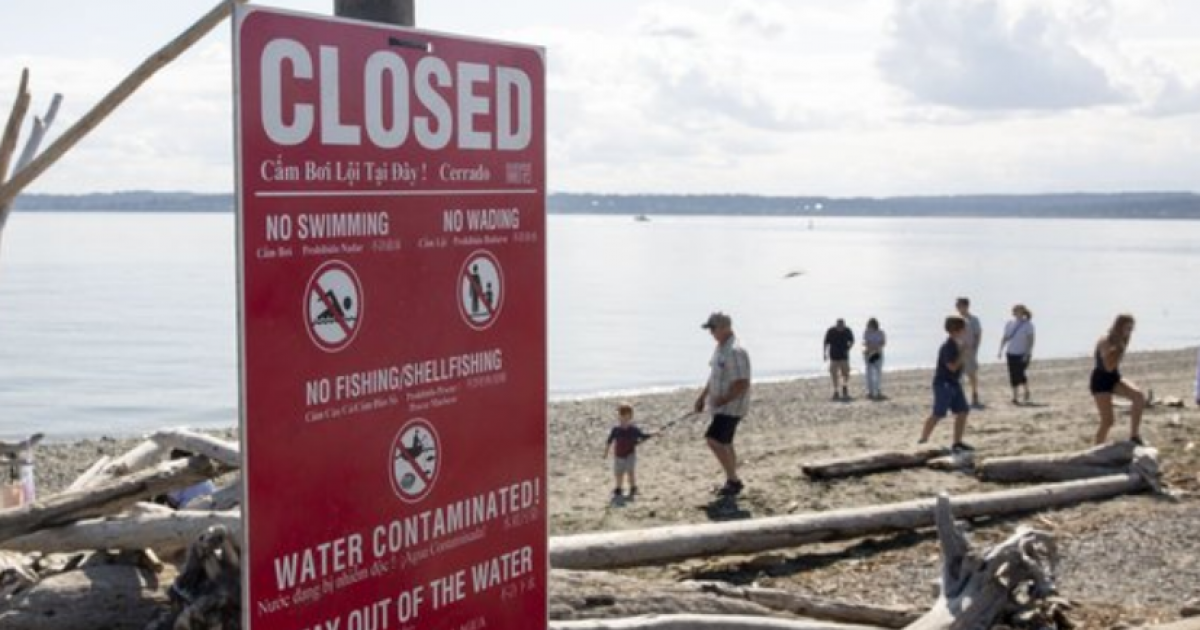 Washington liberals gag on plastic straws and guns, but they seem to be unable to solve the Seattle poop issue that has fouled their beaches on a regular basis. Though their left wing governor has instituted a tax to “clean up Puget Sound” they continue to dump raw sewage into it.

Because of power outages over the weekend, 3 million (that’s MILLION) gallons on Friday and 1.5 million gallons of raw sewage on Thursday were dumped into Puget Sound.

Power outages at King County’s two largest sewage plants this week caused millions of gallons of sewage to spill into the Puget Sound, according to the Washington Department of Ecology.

The spill at West Point was caused after backup pumping systems failed during a power outage at the plant, Ecology said.

So…the beaches were closed because of fecal bacteria in the water.

Shiftwa.org writes: “Beach closures have become a common occurrence in the Seattle area, as population density grows. The Water and Land Resources Division (WLRD) of the King County Department of Natural Resources and Parks (DNRP) does a wonderful job monitoring our water conditions and posts a ton of data and reports on their website. Naturally, the first question people might have is why so much poop in the water?

As expected, a report from January 2019 cites homeless encampments as a significant factor in contributing to the amount of fecal material in our waters. This ongoing threat to public and environmental health is never mentioned by the media and local politicians who work tirelessly to manage the narrative of an out of control vagrancy problem.

So let’s think about this: Liberals’ solution to everything is to tax their citizens, but not deal with the actual problem. Like Los Angeles, Portland, and other liberal controlled areas, what once were lovely cities to visit have turned into hellish pits of crap. Literally.

On Hawaii’s island of Oahu, for example, there are over 2,400 “unsheltered homeless” on their streets. The “sheltered homeless” tops 4,000. New York City’s homeless problem has significantly increased as well, and many are blaming De Blasio. But there are at least 40,000+ homeless veterans on the streets of our nation. As service groups struggle to help them, it appears that liberals still think throwing money at the problem will solve it.

Do you have an answer?