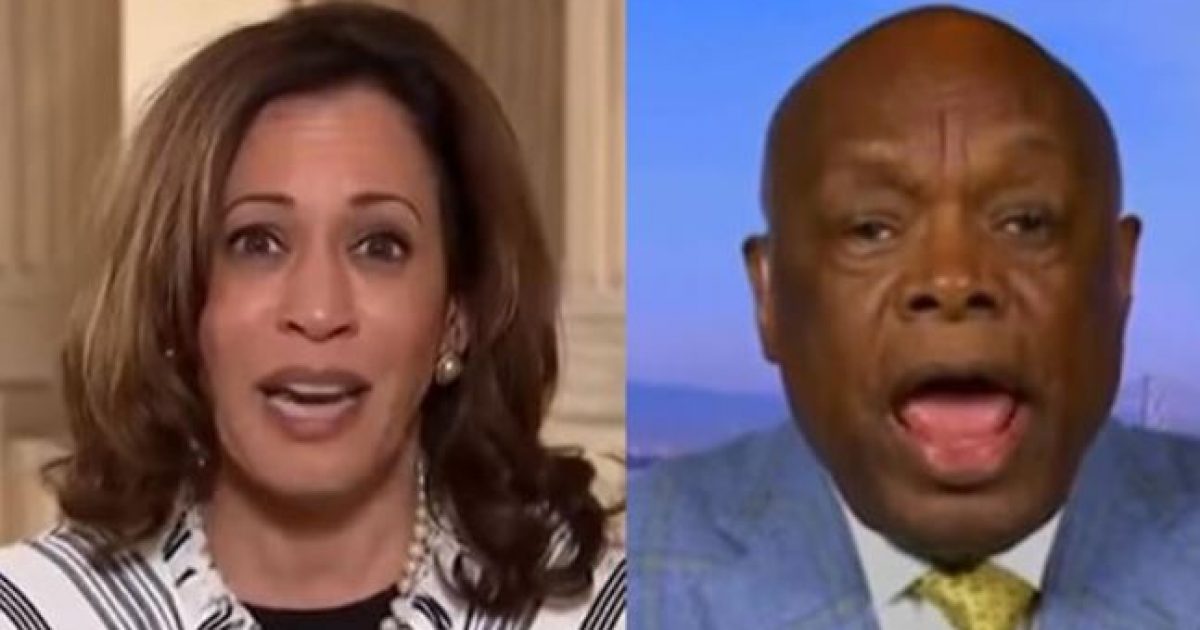 It is common knowledge that Presidential candidate Kamala Harris got her start in politics when she was in her twenties and had an extramarital affair with San Francisco’s 60-year-old mayor, Willie Brown.

Brown exposed the affair earlier this year during an interview that has since been buried by the mainstream media to protect Harris’s presidential ambitions.

Now, Mayor Brown is speaking out once again as Harris’s political star continues to rise.

In a new article, Brown had some harsh words for Harris and exposed some dirty secrets about her past.

“The first Democratic debates proved one thing: We still don’t have a candidate who can beat Donald Trump,” Brown wrote. “California Sen. Kamala Harris got all the attention for playing prosecutor in chief, but her case against former Vice President Joe Biden boiled down in some ways to a ringing call for forced school busing. It won’t be too hard for Trump to knock that one out of the park in 2020.” …

“Yes, I may have influenced her career by appointing her to two state commissions when I was Assembly speaker,” Brown continued. “And I certainly helped with her first race for district attorney in San Francisco.”

Harris had a strong showing during the debate last week after she diced up former Vice President Joe Biden on the debate stage over the issue of race.

This news comes shortly after Harris’s own father came out against her, too.

Her dad, David J. Harris, said in an op ed in the Jamaica Global Online that his daughter is a liar and a fraud.

You can read the full account here and here.

Basically, her father did not like her use of her Jamaican heritage as a punchline to look hip and win votes. He also outed their family as descendants of slave owners.

Harris has been one of the main proponents of giving reparations to the descendants of slaves with taxpayer funds.

If Harris wants to pay reparation to the descendants of slaves she has a prime opportunity to put her own cash where her mouth is.

She can start by writing checks to the descendants of the Jamaican slaves that her family owned and worked on their own plantations.

These deep, dark secrets from her past could come back to haunt her platform and her campaign.

Why do the people who know her best hate her the most?

What do you think of this?