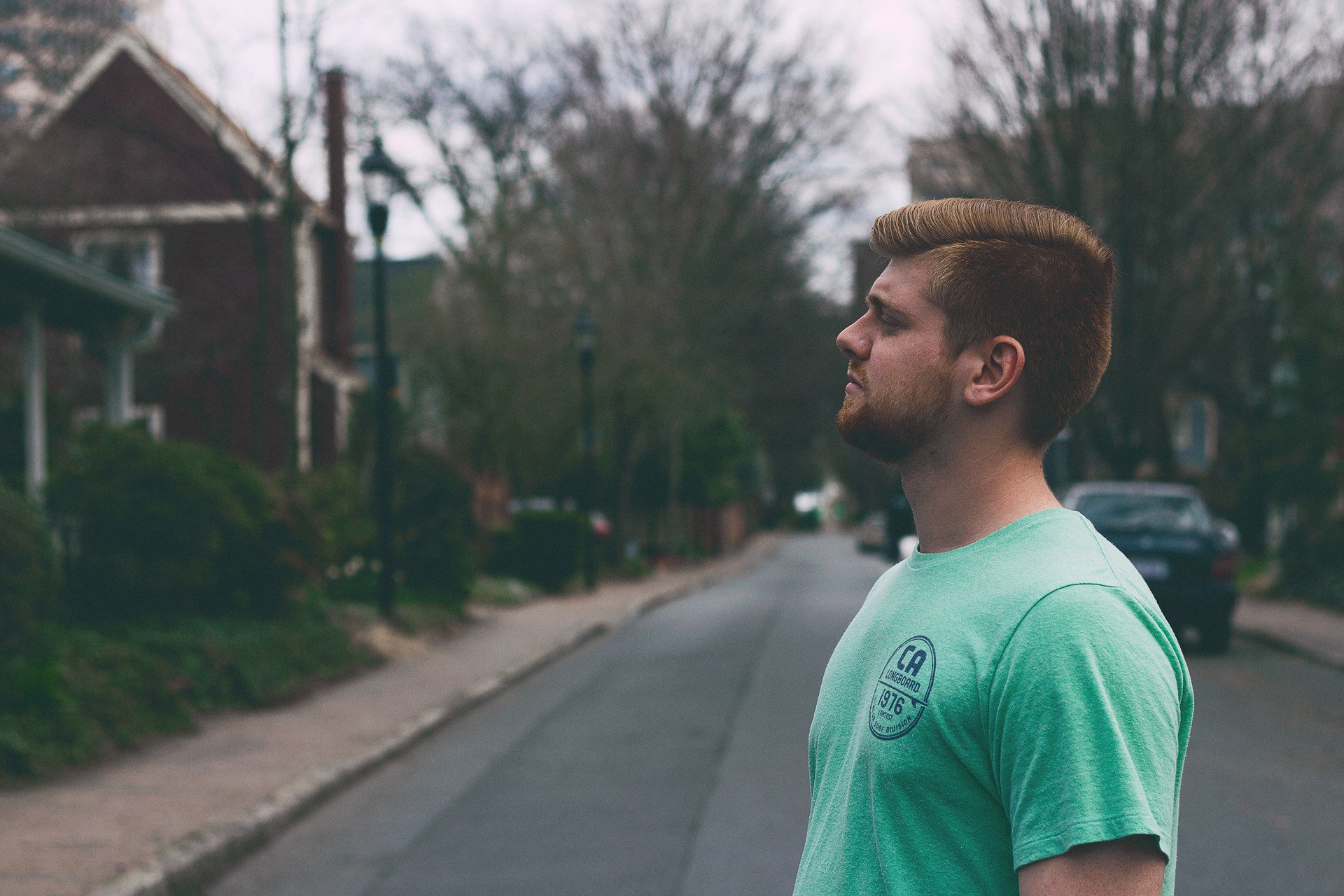 For three years, the pair scrimped and saved in order to fix up the four-unit property. On the weekends, Ramouldo would spend his days off making the 11-hour drive from New Jersey to Michigan to work on the house, making the much-needed repairs himself. In addition to the small complex, the family had purchased a small home next door. The plan was to renovate and rent out each unit and then use that money to help Ramouldo retire and move his family to the small home in Michigan, where the rest of their extended family resides.

Erica, who had seen her father work long hours and sacrifice to provide for her family over the years, was happy to help her father buy the property. She was eager to begin building her own financial legacy and saw the property as an excellent investment opportunity.

These plans were derailed, however, when their property was seized by Wayne County, Michigan, in 2017 and sold to a private buyer.

All because they unknowingly underpaid their tax bill—by $144.

While the father and daughter had been paying their property taxes diligently for each year they owned the property, in 2014, they unintentionally underpaid by $144. Neither knew about this miscalculation or the situation could have quickly been remedied. And without knowledge of this outstanding debt, the small amount grew as the county tacked on interest charges to the tune of $359.

To be sure, when interest was accounted for, the Perez family did owe roughly $500 in unpaid taxes to the county. County officials used this as justification to seize, sell, and then keep the $108,000 revenue earned from the sale of said property.

The government is allowed to seize property in order to settle a debt owed by an individual. However, it isn’t allowed to take more than it is owed.

In the American legal system, there is a maxim: the punishment must fit the crime. But when considering the small amount by which the Perez family underpaid their property taxes, this seems like a disproportionate punishment to receive.

The government is allowed to seize property in order to settle a debt owed by an individual. However, it isn’t allowed to take more than it is owed. And in the instance of the Perez family property, Wayne County kept every penny it earned from the sale of their property—a practice known as home equity theft.

Fortunately, Pacific Legal Foundation (PLF) has stepped in and on July 9th, announced that it had filed suit on behalf of the Perez family against Wayne County and County Treasurer Eric Sabree.

Many of us have accidentally underpaid a bill before. Whether we were distracted, busy, or simply not paying enough attention to the total amount due, accidents happen to everyone. Eager to get the full amount owed, most companies will send strongly worded letters or call incessantly until you cough up the remaining amount due. It’s completely understandable as to why an entity would do this: they want what is owed.

However, if they tried to take your car away over the miscalculation of a few dollars, most people would be angry—and justifiably so.

When it comes to property taxes, if an individual underpays by even just a few dollars, there are 12 different state governments that can and will seize your property and sell it, without having to pay you a dime of the earnings. This is known as home equity theft. Unfortunately, the Perez family is not the only victim of this practice in Michigan.

In 2014, Uri Refaeli lost his home after it was foreclosed on and seized by Oakland County, Michigan. In 2011, Rafaeli purchased a small $60,000 property for his business, Rafaeli, LLC. To make matters worse for Michigan, the state also has a shady reputation for using this practice to its own benefit.

While he had paid his 2012 and 2013 property taxes in full, he discovered that he had accidentally underpaid in 2011. When he made this realization and tried to correct his mistake in 2013, he forgot to account for the interest that had accrued on his back taxes. As a result, he underpaid by a measly $8.41. The county seized and sold his property for $24,500. Rafaeli never saw a dime of this money.

When it comes to outstanding debt, just like private companies, governments are eager to get what is owed and there nothing wrong with them attempting to do so. However, when they begin to go after more than they are owed, the situation becomes troublesome.

To make matters worse for Michigan, the state also has a shady reputation for using this practice to its own benefit. According to Pacific Legal Foundation (PLF), local governments pad their budgets with the money earned from this stolen property. Each year in Detroit’s budget, there is a line with the estimated total revenue that the government is expecting to bring in from foreclosures of this very nature.

Earlier this year, it was discovered that Wayne County Treasurer Eric Sabree had violated Treasurer’s office rules by funneling foreclosed properties to family members and well-established and connected businessman for a fraction of the cost.

While state Treasurer’s office rules prohibit family members from participating in these auctions, several Freedom of Information Act requests filed on behalf of a Detroit News investigation found that transfers involving Sabree’s family overlap with his time in office. Since 2011, when Sabree began as deputy treasurer, Wayne County has transferred ownership of more than 1/4 of privately owned properties in Detroit as a result of back taxes—making the whole situation in Michigan even more suspicious.

Eighty-year-old electrician Gary Guidotti once owned four homes in Great Falls, Montana, which he rented out to help support himself and pay his bills. When the Great Recession hit in 2007, some of his tenants were no longer able to afford rent and stopped paying altogether. And without their rent helping to support him, Guidotti stopped paying his property taxes.

Without his properties, Guidotti was forced to move into a motorhome parked behind one of the homes that he used to own.

In 2008, Cascade County, Montana issued a tax lien of $1,125.45 on one of his homes. Just 17 months after issuing the lien, the county ended up selling it to a well-connected private entity for pennies on the dollar at $667.20. The private company, Sunrise Financial, acquired the deed to the property in 2011 and in 2015, sold the property for $139,300. Guidotti, of course, received no compensation from the sale of his home.

“This can’t be fair,” Guidotti said. “It (the law) has to be changed, but what’s the sense in fighting? The lawyers will have it all anyway. It’s just the way it goes.”

Without his properties, Guidotti was forced to move into a motorhome parked behind one of the homes that he used to own.

Our country was founded on the fervent belief that individuals have the right to their life, liberty, and, as is especially applicable here, their property. Greatly influenced by philosopher John Locke and his Second Treatise on Government, our country’s Founders understood how important property rights were to securing individual liberty and protecting Americans against government overreach.

In chapter five of Locke’s famous essay, “On Property,” he writes:

Though the earth, and all inferior creatures, be common to all men, yet every man has a property in his own person: this no body has any right to but himself. The labour of his body, and the work of his hands, we may say, are properly his. Whatsoever then he removes out of the state that nature hath provided, and left it in, he hath mixed his labour with, and joined to it something that is his own, and thereby makes it his property. It being by him removed from the common state nature hath placed it in, it hath by this labour something annexed to it, that excludes the common right of other men: for this labour being the unquestionable property of the labourer, no man but he can have a right to what that is once joined to (emphasis added), at least where there is enough, and as good, left in common for others.

When a person works, like Ramouldo Perez did, and uses the fruits of his or her labor to purchase property, that property is theirs and theirs alone. This respect for the sanctity of property rights has been one of the most defining characteristics of the American idea.

Yet, practices like home equity theft and civil asset forfeiture, which allow law enforcement to strip individuals of their property without due process, have belittled this sacred principle and harmed many innocent people in the process. The confiscation of a person’s property, especially over a few dollars of unpaid taxes, is thoroughly unAmerican. Private property should be protected by the government, not seized and sold off before an individual has an opportunity to remedy the situation.

The unconstitutional practice of home equity theft has allowed individuals to be stripped of their property without fair compensation. But there is hope that this practice could soon be reined in or perhaps even stopped altogether.

The new law protects homeowners’ equity by requiring homes be sold to the highest bidder. Now the extra profits must be returned to the former owner after deducting taxes, interest, penalties, and costs,

Brittany is a senior writer for the Foundation for Economic Education. Additionally, she is a co-host of Beltway Banthas, a podcast that combines Star Wars and politics. Brittany believes that the most effective way to promote individual liberty and free-market economics is by telling timely stories that highlight timeless principles.

Will Biden’s Promise To ‘Transition From The Oil Industry’ Cost Him The Election? (Video)
October 26th, 2020 Conservative Firing Line

Three things Americans are doing to prepare for election chaos, another...