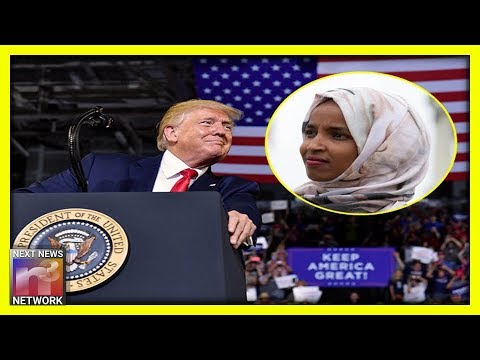 Ilhan Omar just got a not very gentle reminder from our President, and she won’t like it.

Ilhan Omar and her ilk are doing more for President Trump than any news organization could.

They are showing the people how they are not grounded in reality and that should spell doom for Dems in 2020.

President Donald Trump said Tuesday he would win Minnesota in 2020, arguing Rep. Ilhan Omar’s radical views would only help him.

“In 2016 I almost won Minnesota,” he wrote on Twitter. “In 2020, because of America hating anti-Semite Rep. Omar, & the fact that Minnesota is having its best economic year ever, I will win the State!”

The president continues to challenge Omar and other radical Democrats for a second week, despite the flood of controversy in the establishment media for doing so.

Trump mocked Omar for saying that she would be a “nightmare” to the president.

“No,” he wrote, referring to the leftists “squad” of Democrat members of congress. “AOC Plus 3 are a Nightmare for America!”

The last Republican presidential candidate to win Minnesota was Richard Nixon in 1972.

Since his election, Minnesota has experienced an economic boom, particularly in Northern Minnesota, dubbed the “Iron Range.”

It’s not just Ilhan Omar but other crazed Democrats that can’t seem to stay out of the news.

These stories from the last couple of days are doing nothing to win favor with traditional Democrat voters.

These stories are just pushing those “slightly left-of-center: back to the right.

OK, maybe Ilhan Omar is in the news more than I thought.

She seems to be at the center of 5 of those 10 articles.

I guess if you dislike Ilhan Omar, you might want to start visiting our site a little more often. 😉

She is one of the faces that Trump has turned into a target for the destruction of the Dems in 2020.

He calls it 3D Chess…

We call it Too Much Winning!