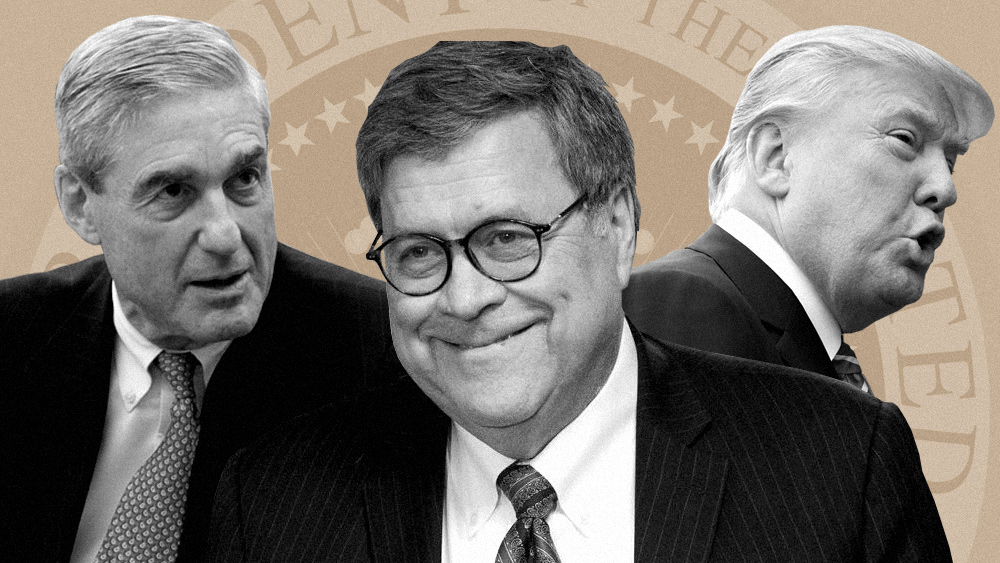 (Natural News) The catastrophic face plant of Robert Mueller in yesterday’s testimony — a whirlwind of senility, incompetence and deceit by Mueller — has collapsed the Democrats’ delusional “Russia collusion” narrative. When the author of the Mueller report (i.e. Robert Mueller himself) says he has no idea who Fusion GPS is — they are the firm hired to scrounge up the Steel Dossier that became the very basis for the Mueller investigation — you know the false narrative has collapsed into utter hilarity.

With Democrats in a total panic over the collapse of Mueller, it’s time for Trump and AG Barr to criminally prosecute those who engaged in coordinated treason against America.

Those criminals include deep state operatives like James “the clown” Comey, Barack Hussein Obama, Hillary Clinton, James, Clapper, John Brennan, Peter Strzok, Loretta Lynch and many more. But the circle of treason is much wider than just the deep state players inside the Obama regime; it also includes the CEOs of tech companies like Google as well as journo-terrorists who are pretending to be journalists working at CNN, Buzzfeed, the Washington Post and other treasonous propaganda hubs that have zero regard for journalistic standards of any kind.

All of these parties have, in one way or another, sold out America and tried to carry out a coordinated criminal conspiracy to overthrow the United States government and nullify the 2016 election. Many of the individuals involved have been deeply infiltrated by communist China to the point where Google, for example, is now engaged in open treason against the United States of America.

As I explain in my urgent video below, William Barr must prosecute those guilty of treason, or the American people will forever lose faith in the entire social construct of the “rule of law.”

When the American people see the politically connected elite get away with heinous crimes such as witness tampering, obstruction of justice, destruction of evidence, the silencing of the speech rights of conservative Americans and the relentless election rigging by the tech giants, they lose faith in the entire fabric of the rule of law. If faith in the system of justice is not restored, America will rip itself apart as people everywhere come to the same conclusion: There is no law. There is no justice. Following the law is a pointless endeavor.

When traitors like Robert Mueller, James Comey and Barack Obama get away with the highest crimes imaginable against our great nation, the message that gets sent to the patriots of America is, “YOU will be silenced and prosecuted for your political beliefs, but THEY will be absolved of all crimes because they are Democrats and deep staters.”

And frankly, that simply won’t fly anymore in America.

Watch my video for full details, exclusively on Brighteon.com, the free speech alternative to YouTube. (It’s free to use, join today and start uploading your videos.)

Stay up to date on the deep state traitors like Robert Mueller by reading NewsTarget.com