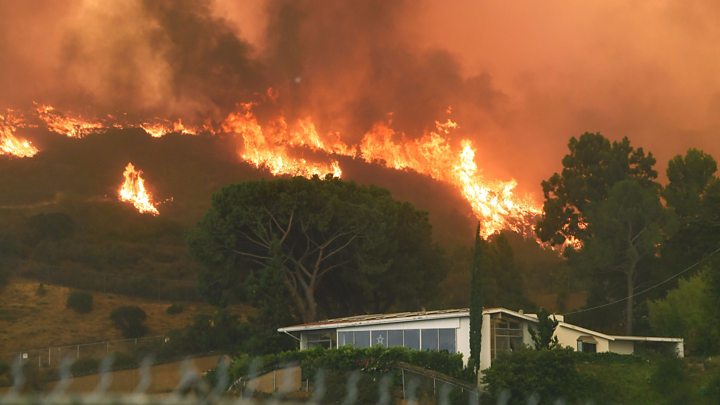 (Natural News) California power company Pacific Gas and Electric (PG&E) is headed for financial disaster thanks to a growing number of wildfire lawsuits, and the very residents behind these suits could be facing a long summer full of power outages as a result.

Created in the mid-1800s, PG&E remains the state’s biggest provider of power and one of the biggest in the nation. Serving more than 5 million customers, their generating power comes from a variety of sources, including solar, conventional, nuclear, water and wind.

The firm is now in Chapter 11 bankruptcy for the second time in its history, after years of accumulating debt, deferred maintenance, and lawsuits. The proverbial straw that broke the camel’s back came with last year’s Camp Fire, which was the most destructive and deadliest forest fire that the state has ever seen. It destroyed roughly 19,000 homes and businesses and killed 85 people.

After PG&E’s electrical transmission lines were determined by the California Department of Forestry and Fire Protection to be the culprit behind the fire, the firm became liable for these damages; the liabilities are estimated to exceed $30 billion, significantly surpassing the utility’s fire insurance coverage of $1.5 billion.

PG&E no stranger to lawsuits

Earlier this month, Governor Gavin Newsom signed a bill that set up a $21.5 billion wildfire relief fund and imposed a 2020 deadline for PG&E to get out of bankruptcy if it wants to take part in the fund.

This isn’t the first time the company has had to make some big payouts; they were forced to shell out $333 million in 1996 to settle claims they had dumped over 350 gallons of poisoned water into California ponds.

The company has been scrutinized for its role in the Camp Fire, with executives reportedly aware of the problems with the transmission lines that ultimately caused the fire but failed to act on that information and upgrade them. In 2017, it was estimated that the firm’s transmission towers were already three years older, on average, than the mean life expectancy assigned to such towers of 65 years; some were even as old as 108 years.

Californians are already paying among the highest electrical power rates in the nation, which is a big factor in the high cost of living there. The utility announced earlier this summer that they plan to shut off power to millions of residents on windy days as the state’s electric infrastructure moves toward collapse.

As the next wildfire season in California kicks into high gear, it should be a priority for them to carry out the necessary upgrades and inspect the grid for hazards. Of course, they can’t do that when the lawsuits keep piling up. They’re already treading a fine balance between paying victims and keeping the lights on without burning everything to the ground. These lawsuits have brought the company to the brink of disaster, which could end up leaving California residents without any power at all. After all, how can they devote more money to safety when they have to settle so many claims?