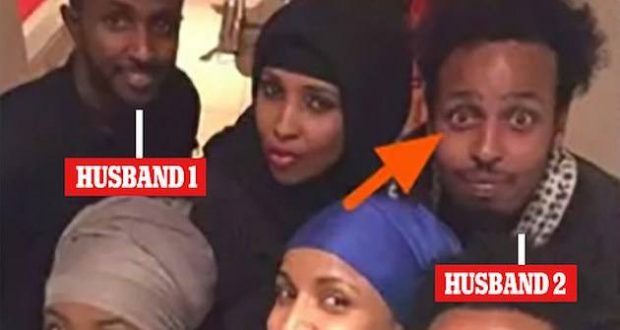 Married her brother, now this. Is she going back to her brother-husband? #Brusband

Did the Qataris pull the trigger? Are they paying for her new luxury apartment?

EXCLUSIVE: ILHAN OMAR SPLITS WITH HER HUSBAND AND MOVES INTO LUXURY PENTHOUSE AS SHE HEADS FOR SECOND DIVORCE WITH FATHER OF HER THREE CHILDREN

By Martin Gould In Minneapolis, Minnesota, For Dailymail.com, 26 July 2019

Leftist congresswoman Ilhan Omar and her husband – the father of her three children – have split and are heading for their second divorce, DailyMail.com has learned exclusively.

The bust-up comes just as critics are demanding answers as to whether she married her own brother in a successful bid to get him into the United States.

Omar has now dumped her current husband Ahmed Hirsi – who she first married in a religious ceremony in 2002 and divorced in 2008 – and moved into a penthouse apartment in one of Minneapolis’s trendiest neighborhoods, DailyMail.com has learned exclusively.

But Hirsi, is also spending time at the apartment, which is in the Mill District sector of Minnesota’s largest city, when she is out of town.

Leftist congresswoman Ilhan Omar and her husband – the father of her three children – have split and are heading for their second divorce, DailyMail.com has learned exclusively

Omar first married Hirsi in an Islamic ceremony in 2002 when she was 19, but six years later they ‘reached an impasse in our life together,’ and divorced. They reconciled in 2012, having their third and got married in 2018. Omar was married to another man during their separation
take our poll - story continues below
Completing this poll grants you access to DC Clothesline updates free of charge. You may opt out at anytime. You also agree to this site's Privacy Policy and Terms of Use.

The bust-up comes just as critics are demanding answers as to whether she married her own brother in a successful bid to get him into the United States. Pictured: Omar with Ahmed Hirsi (left) and second husband Elmi (right)

‘Wow,’ said Hirsi, when approached about the split by DailyMail.com outside the complex. ‘I can’t comment on that.

‘I’m sorry, I just can’t say anything,’ he added before driving off in his BMW car.

Omar did not return calls requesting comment from DailyMail.com by deadline.

Hirsi, 39, had been seen leaving the $2,860-a-month home alone at 7:45am and returning to drop off his mother and his younger daughter nearly three hours later.

‘He only goes there when Ilhan is in DC,’ one family friend told DailyMail.com. ‘When she’s in Minneapolis he sleeps at his house.’

Hirsi was noticeably absent when Omar returned to a hero’s welcome at Minneapolis-St. Paul Airport last week after being attacked by President Donald Trump.

At the time, he was sitting morosely in a Starbucks coffee shop close to the now-overgrown home that he and Omar shared during their marriage, sources tell DailyMail.com.

Omar told supporters at the airport she would continue to be Trump’s ‘worst nightmare.’

‘He’s threatened because we are inspiring people to dream about a country that recognizes their dignity and humanity. We are going to continue to be a nightmare to this president, because his policies are a nightmare to us.’

Critics have called on the House Ethics Committee to open a case against Omar, a Democrat who was elected from Minnesota’s Fifth District — which covers Minneapolis and a few suburbs — in November.

Republican Minnesota State Representative Steve Drazkowski and the right-wing group Judicial Watch have both called for the investigation.

Drazkowski told DailyMail.com that Omar may be ‘the most crooked politician in Minnesota history.

‘She seems to have a deep and pervasive disdain for the law which is ironic given the fact that she is a United States lawmaker,’ he added. ‘Marrying your brother is a violation of the law in Minnesota.

‘Ilhan Omar has already established a lengthy and extraordinary record of legal convictions and fines,’ he said, referring to a $500 fine she was levied for campaign finance violations on top of $3,500 in donations that she had to repay. ‘This is a record upon which a House Ethics Committee should begin its investigation.

‘But first she needs to come forward and tell us the truth. She won’t even identify her own siblings at this stage.’

Judicial Watch president Tom Fitton said: ‘The evidence is overwhelming. Rep. Omar may have violated the law and House rules.

‘The House of Representatives must urgently investigate and resolve the serious allegations of wrongdoing.’ 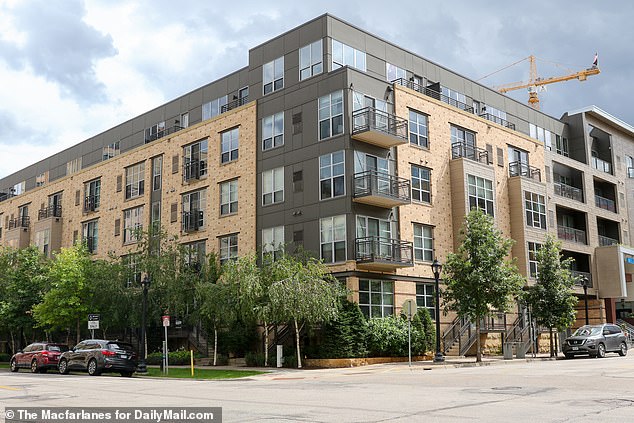 Omar has now moved into a penthouse apartment (pictured) in one of Minneapolis’s trendiest neighborhoods, DailyMail.com has learned exclusively 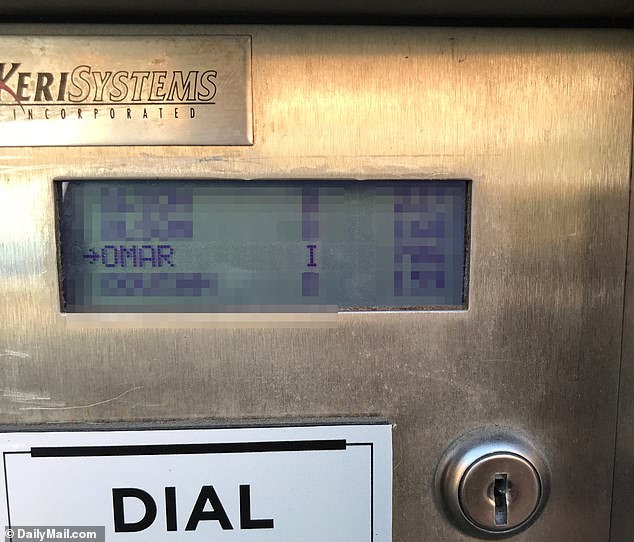 Now she has moved out of the family home and into her fourth-floor apartment. The Intercom system at the building lists ‘Omar I’ (pictured) as a resident but has no mention of Hirsi 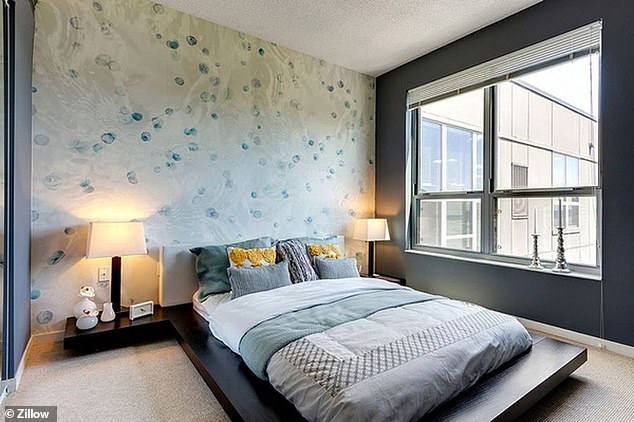 Hirsi had been seen leaving the $2,860-a-month home alone at 7:45am and returning to drop off his mother and his younger daughter nearly three hours later. Pictured: Views of the apartment 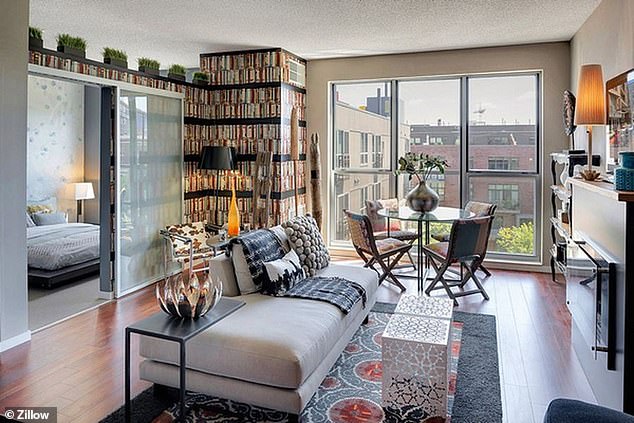 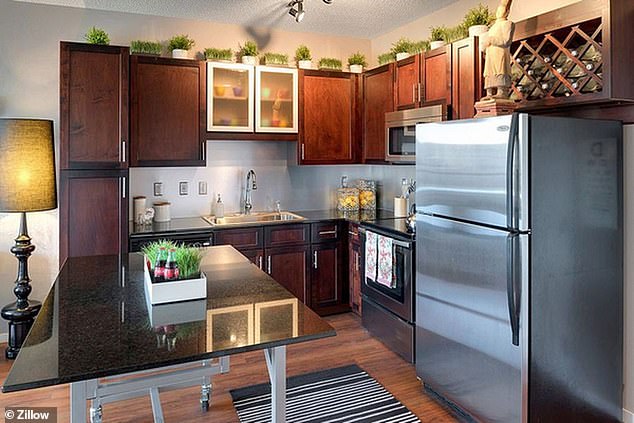 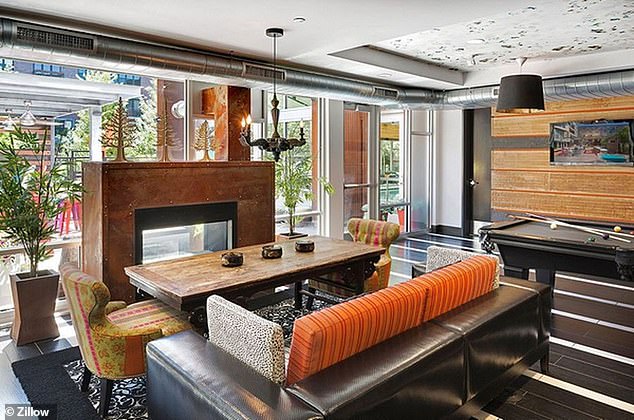 The building boasts its own 14,000 sq. ft. private park and game area 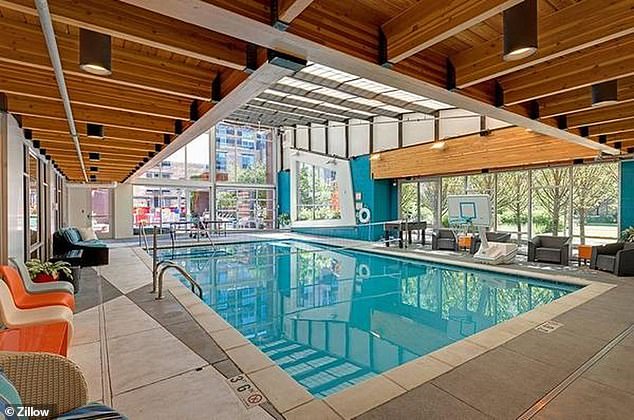 Many members of the Somali community in Minneapolis have divided views about their new representative in Washington.

‘Obviously we are proud that a Somali-American has been elected — but we just think it is the wrong Somali-American,’ one community leader told DailyMail.com.

The issue that divides her from her own community more than any is her support for gay rights, they say. She and her 16-year-old daughter, Isra Hirsi, both marched in the Minneapolis Pride Parade last month.

Omar, 36, won election to the House in November when she trounced her Republican opponent with 78 percent of the vote.

But ever since her victory she has been dogged by controversy, both over her political positions — especially criticism of Israel — and her complicated married life.

As one of ‘The Squad’ of four ultra-liberal women of color — along with Reps. Alexandria Ocasio-Cortez of New York, Rashida Tlaib of Michigan and Ayanna Pressley of Massachusetts — she has been frequently attacked by President Donald Trump, who said they should go back to where they came from, even though Omar is the only one born outside the United States.

‘There’s a lot of talk about the fact that she was married to her brother. I know nothing about it,’ Trump told reporters last month.

Omar left war-torn Somalia when she was 8. She lived in a Kenyan refugee camp for four years before coming to the United States and settling in Minneapolis, the largest hub for Somali refugees in the country.

She first married Hirsi in an Islamic ceremony in 2002 when she was 19. Six years later, after two children, the couple said they had ‘reached an impasse in our life together,’ and divorced.

The following year Omar married Ahmed Nur Said Elmi, a British citizen, just two weeks after he entered the United States. He has been identified as her brother by many media outlets, though due to a lack of records in their war-torn country of birth that has not been proven.