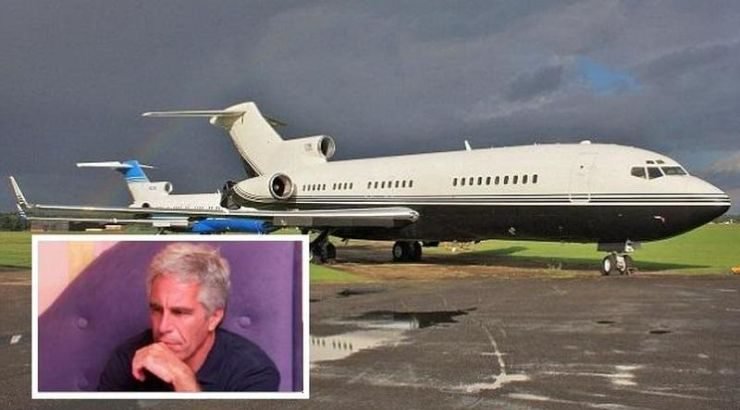 According to the Wall Street Journal, a grand jury has subpoenaed billionaire pedophile Jeffrey Epstein‘s longtime personal pilots who flew his infamous “Lolita Express” following his July 6 arrest on charges that he sex-trafficked minors.

Although Epstein has pleaded not guilty to the charges against him, he is alleged to have trafficked and abused dozens of young girls from 2002 to 2005, many of whom went on to recruit others for him.

The grand jury subpoenas were served on the pilots earlier this month after Mr. Epstein’s arrest on July 6, some of the people said. Mr. Epstein was arrested at Teterboro Airport in New Jersey after he had returned from Paris on a private jet.

A lawyer for one of the pilots confirmed the subpoena, but declined to provide further details.

It couldn’t be determined what information the subpoenas sought, how many pilots were subpoenaed or whether the pilots have agreed to cooperate with prosecutors.

Testimony from the pilots could be used by federal investigators in their efforts to corroborate accounts from Mr. Epstein’s accusers. They could also provide detail on Mr. Epstein’s travels and his associates. Some of the pilots were responsible for keeping flight logs of passengers who flew on Mr. Epstein’s private jet, according to court filings.

According to court documents from prior cases, Epstein employed David Rodgers, Larry Visoski, Larry Morrison and Bill Hammond as pilots and flight engineers. Rogers, Visoski and Morrison have previously testified in civil depositions.

While arguing for why Epstein should be allowed to remain under house arrest pending trial, his attorneys made the case that the wealthy financier would “deregister or otherwise ground his private jet,” with the footnote reading “Mr. Epstein owns one private jet. He sold the other jet in June 2019,” placing the sale just weeks before his July 6 arrest upon his return from Paris in his Gulfstream G550 according to Bloomberg.

Of course, former President Bill “I didn’t have sex with that woman” Clinton was known to have flown on the Lolita Express.

Tyler Durden points out, “Clinton claimed in a statement earlier this month that he only took “a total of four trips on Jeffrey Epstein’s airplane” in 2002 and 2003, and that Secret Service accompanied him at all times – which [investigative journalist Conchita Sarnoff]Sarnoff told Fox News was a total lie.”

“I know from the pilot logs and these are pilot logs that you know were written by different pilots and at different times that Clinton went, he was a guest of Epstein’s 27 times,” said Sarnoff.

, who flew with Clinton to Africa to tour HIV/AIDS project sites, according to New York Magazine in 2002

That’s not all.  There are plenty of witnesses to Epstein’s predatorial conduct.

Nadia Marcinkova, Epstein’s alleged “sex slave” who was accused of participating in sexual encounters with underage girls, is now an FAA-certified commercial pilot and flight instructor. Marcinkova, 33, who was allegedly brought from the former Yugoslavia to live with Epstein, now goes by the named “Global Girl” on social media, and has changed her last name.

“Global Girl (Nadia Marcinko) spent many years in the international marketing and advertising world as an international fashion model and spokesperson, with clients including Chanel, Christian Dior, Valentino, Vogue and MTV. After many successful years in the modeling industry, she was ready for longer runways and became a licensed commercial pilot,” her Facebook account states, adding that she is an “FAA certified flight instructor and Gulfstream II, III & IV pilot.”

Marcinkova also is the founder and CEO of Aviloop, a website selling discounted flying lessons and other deals related to aviation. Since 2011, Aviloop provides a slew of services, including designing custom pilot team and “organizing team building events.” As with Kellen, the aviation companyis registered at the building once owned by Mark Epstein and allegedly used as a model clubhouse by his brother.

Though Marcinkova originally started calling herself “Gulfstream Girl,” she was sued in 2013 by Gulfstream Aerospace Corp. for trademark infringement. On Jan. 6, 2014, the lawsuit filed in a New York Southern District court was settled after Marcinko changed her online name to Global Girl.

According to written testimony by several alleged victims, Marcinkova is described as having “encouraged and engaged in sexual acts” with young girls while Epstein watched. According to police, Epstein told one victim Marcinkova was his “sex slave” and that he’d purchased her from her family in the former Yugoslavia when she was 15. Marcinkova is not directly named in Monday’s indictment.

Marcinkova, who lives in New York, did not immediately respond to The Daily Beast’s request for comment.

Adriana Ross, a former model from Poland who allegedly helped organize Epstein’s predatory sessions, moved to Florida in 2002 and was hired to work at the financier’s mansion. Ross, who often went by Adriana Mucinska and is not directly named in Monday’s indictment, also frequently flew on Epstein’s private jet alongside Bill Clinton, according to flight records.

Along with her fellow alleged co-conspirators, Ross was questioned in 2010 about whether Britain’s Prince Andrewparticipated in Epstein’s alleged sex enterprise. Refusing to answer questions about the inner workings of the alleged scheme, Ross repeatedly invoked her Fifth Amendment rights, according to previous reports. As previously reported by The Daily Beast, Ross also lived at the East 66th Street building in Manhattan.

Ross’ current profession or address was not immediately clear and she could not be reached for comment.

Lesley Groff was another Epstein assistant who allegedly coordinated travel for young girls, often calling to schedule “massages.” Though not directly named in Monday’s indictment, the 51-year-old has been previously named as one of Epstein’s three female assistants. According to a 2005 Chicago Tribune story about executive-assistant pay, Epstein divulged his assistants made about $200,000.

“They are an extension of my brain. Their intuition is something that I don’t have,” Epstein told the Tribune. According to public records, Groff currently lives in Connecticut and did not respond to The Daily Beast’s request for comment.

Now, if no more sweetheart deals are in the works for Jeffrey Epstein and no one is able to suicide him, perhaps he might be a big link in the human trafficking rings among the elite in the US that need to be dealt some serious justice.  The jury is still out on whether our government is serious about bringing justice though.