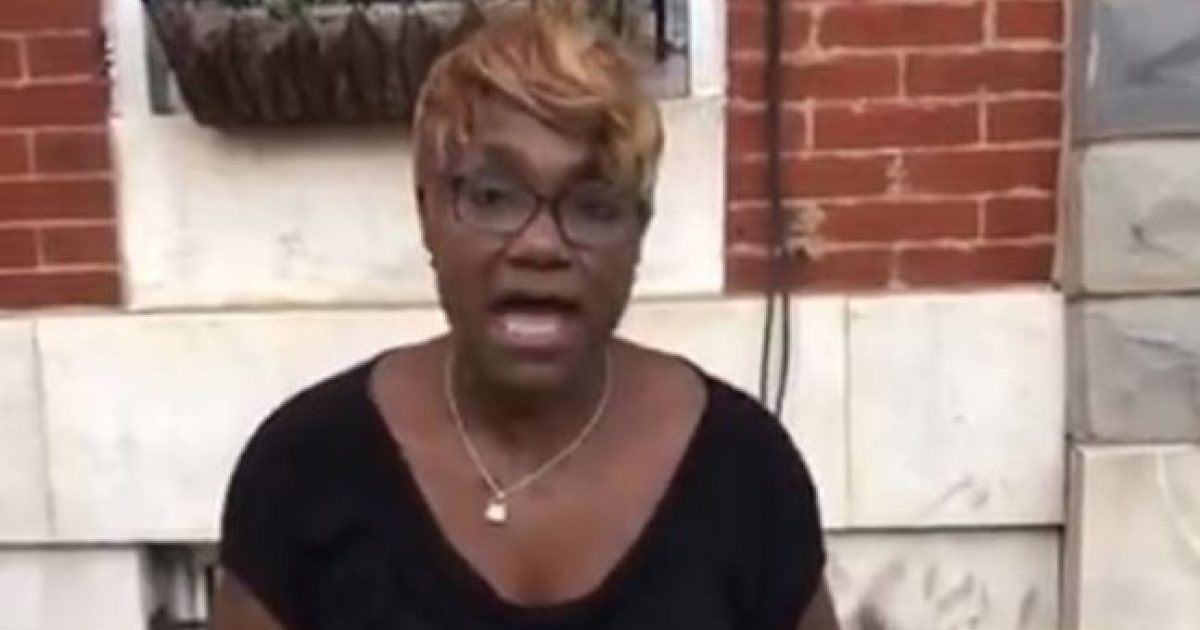 Over the weekend President Trump took to Twitter and slammed Rep. Elijah Cummings, D-Md. for doing a terrible job running his district which is a crime ridden cesspool and called it  “a disgusting, rat and rodent infested mess.”

“Rep, Elijah Cummings has been a brutal bully, shouting and screaming at the great men & women of Border Patrol about conditions at the Southern Border, when actually his Baltimore district is FAR WORSE and more dangerous,” Trump tweeted.

“His district is considered the Worst in the USA. As proven last week during a Congressional tour, the Border is clean, efficient & well run, just very crowded.”

“Why is so much money sent to the Elijah Cummings district when it is considered the worst run and most dangerous anywhere in the United States.”

“No human being would want to live there. Where is all this money going? How much is stolen? Investigate this corrupt mess immediately!” he said.

Fox News reports that Trump was apparently referring to Cummings’ questioning of border officials in his role as chairman of the House Oversight Committee. This month, he yelled at acting Homeland Security chief Kevin McAleenan for saying the department was doing its “level best” when it comes to the humanitarian crisis at the border.

“What does that mean? What does that mean when a child is sitting in their own feces, can’t take a shower? Come on man,” Cummings yelled. “What’s that about? None of us would have our children in that position. They are human beings.”

Well, it turns out that his district in Baltimore isn’t much better than how he described the conditions at the border detention centers.

And of course, Trump’s tweets were labeled as racist by the dems because that’s how they roll. The good old RACE CAR!

Cummings last week said that there was “no doubt” that Trump is a racist. I think we know who the real racist is here.

But check this out.

Black people in Baltimore, including a black journalist, have come to the defense of President Donald Trump after he spoke on the conditions of the city, Carmine Sabia at The Federalist Papers reported.

The people of Baltimore, including journalist Kimberly Klacik, are not interested in the race cardDemocrats are playing as they back the president.

“It is so sad to see VictorBlackwell & CNN turn the light currently shining on #WestBaltimore into a race issue,” she said on Twitter.

“This could result in a positive change. RepCummings could help get his district in order. Listen to one of his constituents explain the ‘rats & rodents’ problem.”

It is so sad to see @VictorBlackwell & @CNN turn the light currently shining on #WestBaltimore into a race issue. This could result in a positive change. @RepCummings could help get his district in order. Listen to one of his constituents explain the "rats & rodents" problem. pic.twitter.com/LTG8AnT27x

She also interviewed a black resident of Rep. Cummings district named Michelle who had a ton to say about the issue.

“What (President Trump) said was definitely true. (Cummings) hasn’t done anything for us” she said. “He’s worried more about (caring for illegal aliens at the border) than his own people”

“Trump is not racist … I’m glad he put (Cummings) on blast. The rats just didn’t come. These houses just didn’t get torn down, they’ve been like this,” she said.

“Trump is not racist … I’m glad he put [Cummings] on blast. The rats just didn’t come. These houses just didn’t get torn down, they’ve been like this”

“Elijah Cummings has had his chance to address it (crime & conditions in Baltimore) for decades, and he hasn’t gotten it done.” @PeteHegseth @foxandfriends How can he get it done when he just wants to use his Oversight Committee to hurt innocent people and divide our Country!

Speaking of failing badly, has anyone seen what is happening to Nancy Pelosi’s district in San Francisco. It is not even recognizeable lately. Something must be done before it is too late. The Dems should stop wasting time on the Witch Hunt Hoax and start focusing on our Country!