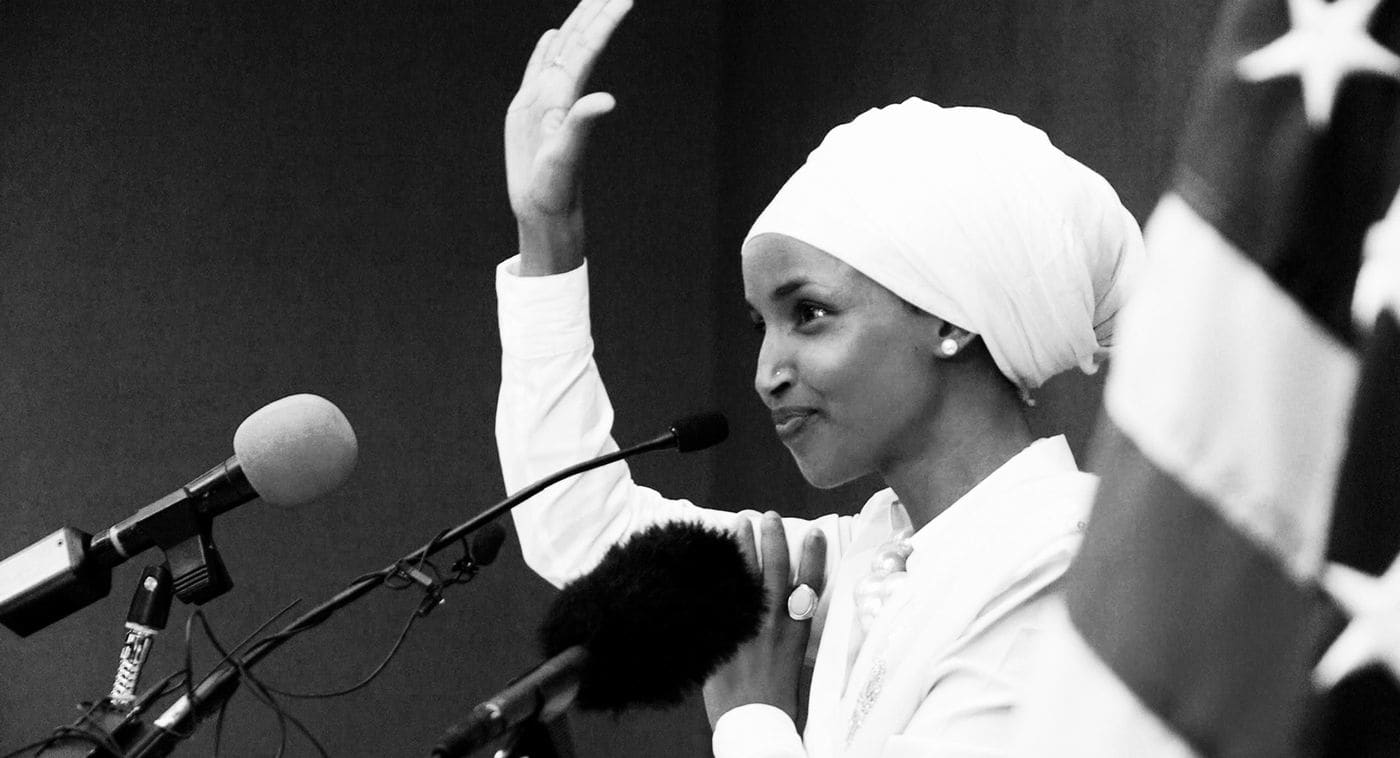 AS is said, “the apple doesn’t fall far from the tree.” Indeed, ‘it be’ true.

EVEN more so, when one’s (poisonous) familial roots are steeped in Jihadi terror, ominously, it is rarer than a blue moon, a flying pig moment, too, for said progeny to switch teams. It is what it is. Get over it.

IN other words, relocating to the west hardly tamps down one’s Muhammad-induced Jihadi fervor. After all, “since Muslims believe that God talked to Muhammad and dictated the contents of the Koran to him, Muslims are indoctrinated into believing the Koran is God’s word, and so they act on the numerous incitements that they find in it…..” Resultant, Islam and Blood are inextricably linked.

INDUBITABLY, even if pronouncements are made, yes, they too are Americans (westerners), such utterances are worth less than diddly squat. For heaven’s sake, it’s the ‘Islam (Sharia Law) thing!’ Got that? Besides, for the most part, Islamic mandated hijrah is where said immigration is at. Just look what has resulted – and this is for starters.

RESULTANT, this investigative journalist and Brotherhood Mafia expert – despite massive push-back – has spent close to two decades tracking and tracing Jihadi thrusts into America and Israel. As such, the dangers to the west in toto are in full view.

BACK to the so-called Omar….

HOW fast can one say shuck and jive….tap dance….spin-doctor…. deflection….and all that jazz….without answering a very simple ‘yes or no’ question, even on the most basic level? For starters, “who are your family members, and where do they live?” Now, that shouldn’t be so hard to answer, should it, even for an average five-year-old?

SO, what’s her problem? In plain-speak, what the hell is going on? Well, collusion, yes, real collusion {emphasis added} is going on. That’s what. Mind you, her sudden reticence to answer the most basic queries is coming from a most vociferous member of what has become known as ‘the (hit) squad’ – actually, a foul, loud mouth membership of four with zero verbal filters, at least, when it comes to inciting against conservatives, never mind demanding each and every nugget from Trump’s past, be it financial, familial, or otherwise. Bull’s eye.

REST assured, in regard to the in-your-face, freshly minted Islamic Congresswoman (in concert with fellow Jihadis, Rashida Tlaib, Linda Sarsour, plus others of like-mind, be they reds or greens), much has been written (by alternative media) about her anti–American, pro-Jihadi, anti-semitic incitement from the halls of Congress and beyond. In fact, other than the comatose, who hasn’t heard/read about her vile broadsides, or seen her haughty demeanor, especially, when discussing Jihadi terrorists and demonstrating support thereof? Rhetorical.

DEAR reader, before additional and highly intrinsic evidence is revealed within this expose’ (that which will tighten the evidentiary noose around Muslima Ilhan Omar, yes, you read that right….btw, no apology will be forthcoming), please arm yourselves with the following; both of which are foundational building blocks within these pages, among a growing compendium of proofs of the same. Hang on tight…. 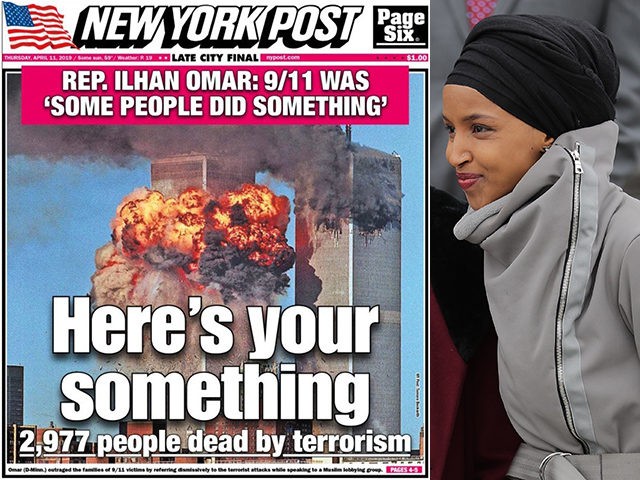 NOW that that is settled, the next task is of utmost import: blow off all of the PC brayers and snakes, they are veritable and verifiable liars – many of whom congregate inside and outside the body politic. Beltway.
MOST recently, those who tsked, tsked over a (more than) defensible truth bomb, that is, ‘send her back’ – dropped from so-called ‘deplorable’ rally-goers, you know, those who ‘stubbornly cling’ to their guns via the Second Amendment – well, if patriotism had any meaning left, said brayers would have jumped the bones of the two Muslimas who infiltrated America’s halls of power under the guise of adhering to the laws of the land, instead of attacking the truth-tellers! Sheesh. And speaking of double standards….

SO, as night follows day, after HUSSEIN Obama’s eight-year ‘transformative’ process, clearly, what’s good for the leftist/Islamist goose is verboten for conservatives. For the ‘crime’ of refusing to fall in line and carry water for those afflicted with multicultural psychosis – even as the leaders of the pack, above all else, will commit any crime to hold onto power – truth is turned upside its head. Sacrificed.

ALAS, the most recent kerfuffle over the aforementioned bomblet, ‘send her back’, demonstrates that truth is no longer a valued commodity, indeed, as denigrated as a two-dollar whore. No matter. And despite a cacophony of apologias from both sides of the aisle (disappointingly, even President Trump quasi-caved, in his attempt to walk it back), truth bombs will keep dropping from this site. Guaranteed. Oh, adding insult to grave injury, the two Muslimas entered the very same ‘send back/deport’ fray – and long before the so-called ‘deplorables’ – as amply demonstrated by their tweets. Of course, the Demonrat Media Complex never picked up the lede(s).

ALL of which brings us full circle to the most critical juncture in modern U.S. history – the upcoming 2020 election, upon which the fate of the Republic rests.  Via a high-wire act of deflection and deception from the reds and the greens, the wagons are circling to shield the likes of Omar (Tlaib, ‘AOC’, and fellow comrades) from her criminal fall-out – that which totally eviscerates the rule of law. America, the heretofore greatest experiment in human freedom, will stand or disintegrate, depending on which side wins the raging cultural war(s). Know this: there will be no middle ground. Hence, before it is too late, the MEGA bombs must be deployed.

DEAR reader, recall the onset of this expose’, “As is said, ‘the apple doesn’t fall far from the tree.’ Indeed, ‘it be’ true.” Ipso facto, on its face, not only is the so-called Omar the direct spawn of a Somali terrorist, but proven to have entered the U.S. under fraudulent papers and another’s family name, albeit, with their cooperation. Say it ain’t so….

BESIDES, within a law abiding nation, how much more illegal does it have to get to ‘send/deport her back’ – but only after a long stint in prison for fraud and more!  Pointedly, isn’t it clearer than ever as to why this Muslima in Congress supports Jihadis, wherever they may be? Hope so. As an aside, Tlaib, her fellow Islamist in Congress, too, has a familial terror tree. Take a peek here. Once again, the apple…..

BUT, for now, the evidentiary trails are rife with MEGA falsifications, some of which are laid out below – at least, for those who are not (ideologically) blind as bats to the facts at hand.

The marriage certificate between Ilhan and Ahmed Nur Said Elmi has his birthdate as April 4, 1985.

This is the same birthdate used on his school documents.

Since this story started making the rounds again in the conservative media Ilhan Omar’s supporters and liberal reporters started stalking and threatening the whistle-blowers who broke this story on the corrupt Minnesota Democrat.

According to David Steinberg Ilhan Omar’s Somali supporters and liberal reporters from The Daily Beast and Mother Jones are trying to dox the Somali whistle-blowers….continue reading the Mafia–like tactics here….

STILL yet, if in need of additional aids (aside from the two linkages posted underneath “Here’s your something”, ala the New York Post….a blessing on their truth-telling heads) linking up (the fraudulent named) Omar to Jihadi terror, well, have at it.

BUT not to be subsumed in all the criminal and Jihadi muck, don’t ever forget: if not for the incestuous relationship between the DNC and the joined-at-the-hip, lying, ideologically-bent media complex, the likes of Omar would never have made it to the halls of Congress, let alone within spitting distance of any power center. Agreed? In fact, Minnesota’s own media rags (talking heads, too) refused to step up and execute their due diligence, before she ascended to the halls of Congress! More than negligent….

EVEN so, alternative media (with much pushing and shoving from this site, alike) forced several media outlets to explore this burning issue. Still yet, they insist there is no there there! And leading the (denial is a river) fray is the Muslima’s hometown paper; the omerta-like Star Tribune! As to be expected, the ‘possibility’ that their Teflon Don Muslima may have some skeletons hidden in her closet, well, said buried bones are never gonna spill forth. Besides, they remain ‘unconvinced.’ Hmm.

THERE’S more. Admittedly, it ain’t pretty. But true is true. The very fact that a cadre of multicultural devotees – some of whom are gripped by a mental besiegement syndrome, and count themselves among this investigative journalist’s ‘tribe’ – fawn over this most dangerous member of Congress (and her ilk) attests to the uphill battle. Yes, they lend her (kosher) cover and a fig leaf! And while this is nothing new among leftist Jewry, the fact remains that their throats will be slit, regardless of all their prostrating.

TRUTH be told, if they lie down with (terror-driven) dogs, they shouldn’t expect any assistance from this end, that is, even if they awaken in time. Harsh, but no less true. 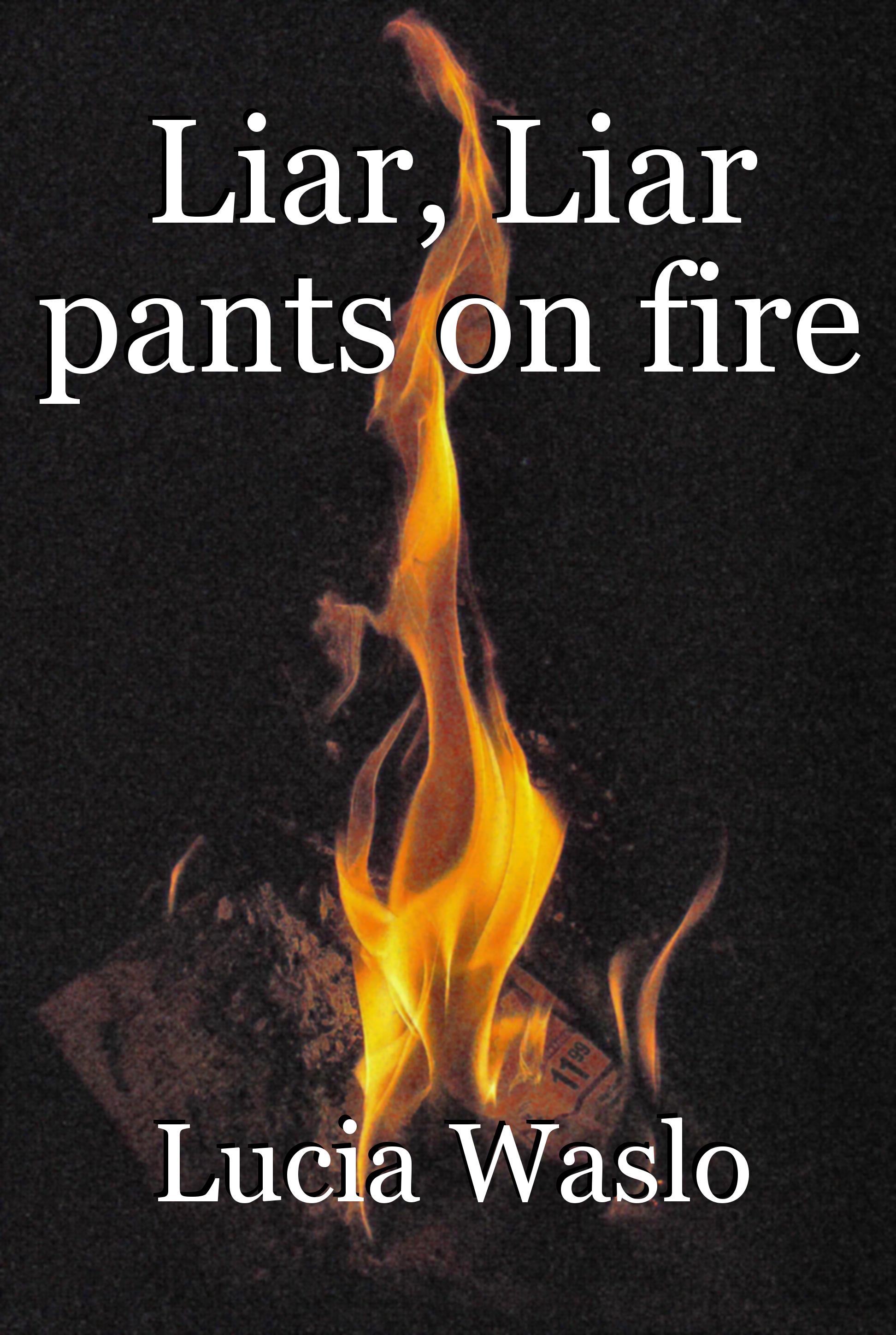