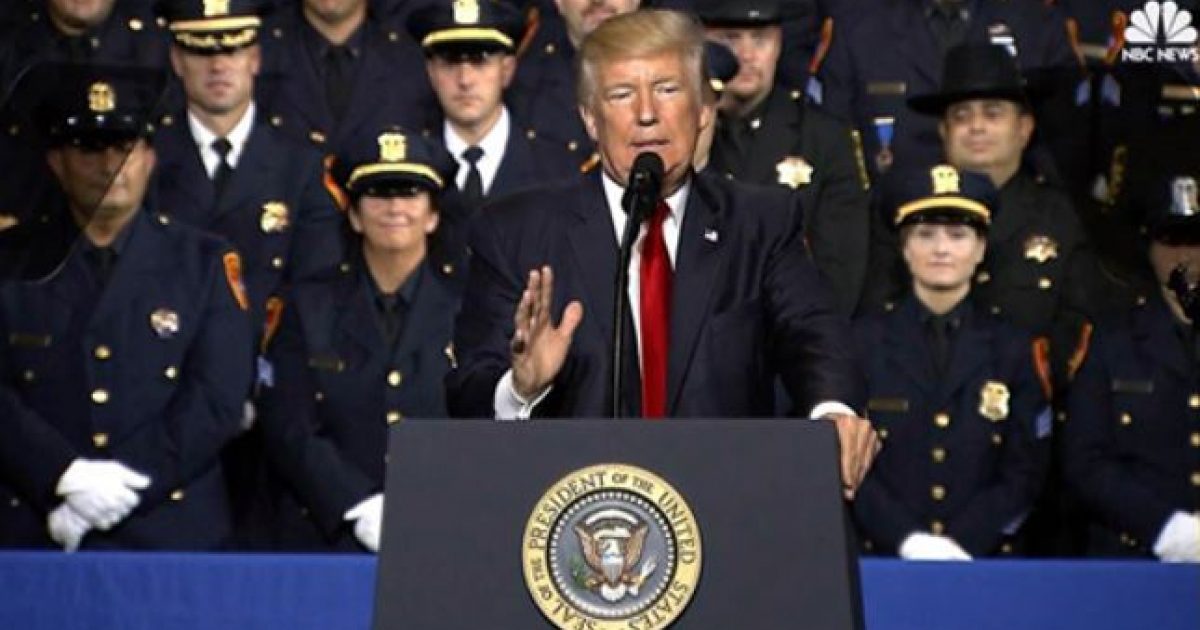 Opinion & Speculation By Kirsters Baish| Damning video footage has made its way onto the internet this week depicting civilians disrespecting on-duty police officers.

According to Bongino.com, “It appears lines are now being drawn between those who support the NYPD and those who don’t. Most importantly, officers and those who are asked to protect us feel betrayed by political leaders. The Police Benevolent Association (PBA) is the largest police union in New York City and have engaged directly with New York Mayor Bill de Blasio.”

De Blasio released a statement following the surfacing of the videos in which he thanked the Police Department for their “speed and professionalism.” The Mayor went on to tweet, “we stand with them today and always.”

The PBA answered de Blasio’s statement by outright saying, “You are the cause of attacks on the NYPD.”

The President tweeted, “We love our Law Enforcement Officers all around this great Country. What took place in NYC with water being tossed on NYPD officers was a total disgrace. It is time for @NYCMayor @BilldeBlasio to STAND UP for those who protect our lives and serve us all so well…”

We love our Law Enforcement Officers all around this great Country. What took place in NYC with water being tossed on NYPD officers was a total disgrace. It is time for @NYCMayor @BilldeBlasio to STAND UP for those who protect our lives and serve us all so well…

It is time that Democrats and Democratic leadership end their public display of their vicious disdain of those who protect us. It is creating a divisive and dangerous country. Fox 17 Nashville reports that this year, 24 officers have been fatally shot in the line of duty. According to FBI Director Christopher Wray said at a Senate hearing earlier this week that “the level of violence against law enforcement in this country doesn’t get a whole lot of national coverage…and I worry often that Americans don’t realize the extent of the problem.”

Editor’s Note: Not “ALL” Police hate the mayor, nor do they all love him.  This article is not suggesting all officers hate the mayor, just pointing out that there are those who do and they are becoming vocal.