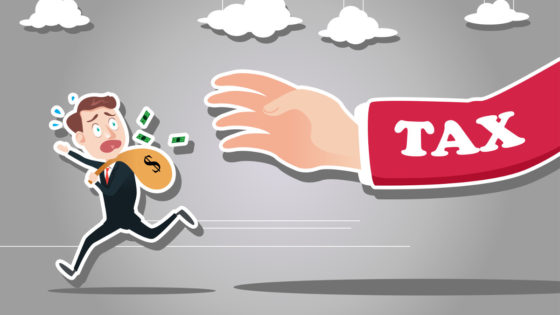 New Jersey residents are fleeing their state in droves thanks to the over taxation and immense financial burden placed on them by their socialist state government. In addition to the already sky-high federal tax that we are all forced to pay, those in New Jersey are struggling to make enough money to live after the state also steals a cut of their income.

The SALT (state and local tax) cap has hit high-tax states like New York, California, and New Jersey particularly hard because these states steal a higher portion of an individual’s income. As a result, affected residents have begun to move to other states – a trend that experts expect to accelerate, according to Fox Business.

“They can’t tax us anymore, the middle class is getting wiped out,” former “Saturday Night Live” cast member and New Jersey resident Joe Piscopo told FOX Business’ Neil Cavuto on Friday, adding that wealthy individuals are leaving the state “in droves.” This is always the case, as governments all seek to find ways to steal more from the producers to fund their corruption. This problem is only going to get worse too and New Jersey Democrats are attempting to pass a state wealth tax.

Democratic Governor Phil Murphy renewed a push to implement the state tax (with a top rate of 10.75 percent) on people with incomes over $1 million. However, amid disagreements with the state legislature, which threatened to shut down the state government, Murphy said he will sign a budget over the weekend. State Democrats sent Murphy a budget proposal last week, which did not include the tax increase on people with more than $1 million. Murphy, however, has been a strong advocate for implementing the tax and it has been one of his top campaign promises.

Therefore, most residents have a difficult time believing that the issue has been completely put to rest. So instead, they’ve taken action and made the decision to leave the state entirely taking their wealth with them rather than having it stolen by tyrannical fascists.

New Jersey Rep. Josh Gottheimer was one of several lawmakers from states including New York, Illinois, and California who took to Capitol Hill on Tuesday to air out their grievances against the new SALT cap. Gottheimer called the cap a “double-taxation grenade” that was “lobbed at New Jersey and other high-tax states” by so-called “moocher states.” The average SALT deduction claimed in Bergen County, New Jersey, was more than $24,700 before the implementation of the cap. -Fox Business

Piscopo says that a handful of states in the U.S. are already socialist.  And those are the states people continue to flee in droves and are facing homeless epidemics. “I’m telling you right now, If Gov. Murphy, if Steve Sweeney does a primary, and I don’t mean inside around the rest of the country, but this is huge in Jersey because Jersey, New York, and California are now socialist states,” he told FOX Business‘ Neil Cavuto on Friday.