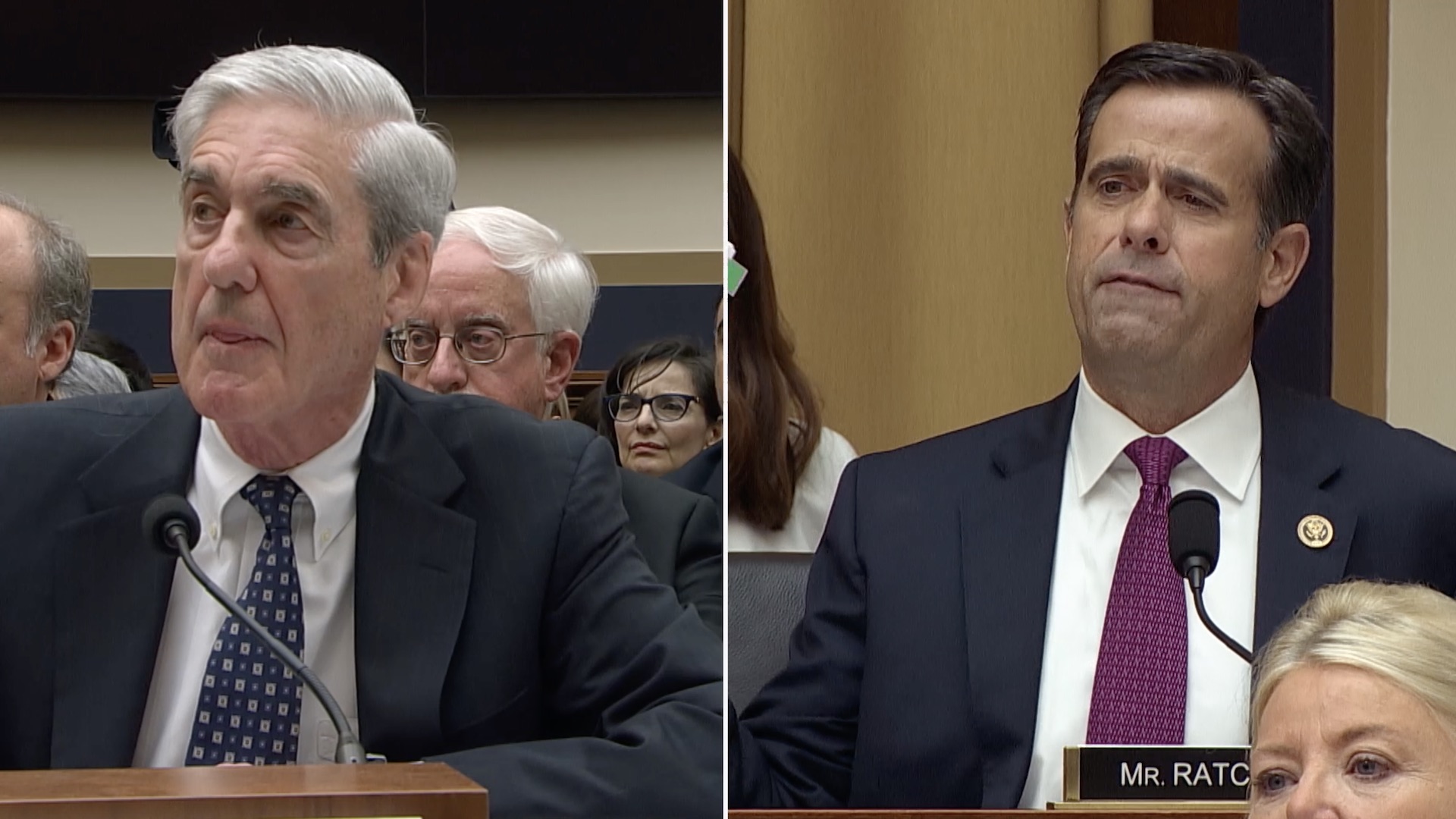 For those of you who have been hiding under a rock for the last few days, President Trump announced over the weekend that he is nominating Rep. John Ratcliffe (TX) to be Director of National Intelligence, filling the void created by a soon departing Dan Coats.

Dan Coats served ably & with deep integrity. Ratcliffe showed abject subservience to Trump in Mueller hearings. The women & men in the Intelligence Community deserve a leader like Coats who puts nation first; not a servile Trump loyalist like Ratcliffe. https://t.co/fbYgS3MoOM

Translation: The Democrats are afraid.

For those who missed it, this was his recent grilling of Robert Mueller:

The Blaze Noted: Robert Mueller testified in front of the House Judiciary Committee today about the Mueller Report. Amid Democratic grandstanding, Rep. John Ratcliffe cut to the heart of the issue and called out Mueller for his unprecedented treatment of the Trump campaign in the report’s findings saying: “You Managed to Violate Every Principle and the Most Sacred of Traditions About Prosecutors.”

Breitbart News reported, Ratcliffe made headlines for his grilling of special counsel Robert Mueller, who testified before two Congressional committees regarding his report on now-debunked collusion between the 2016 Trump campaign and Russia.

Ratcliffe (R-TX) eviscerated Mueller for flouting Justice Department policies as well as the principle of presumption of innocence by declaring he could “not exonerate” Donald Trump of obstruction of justice.

Ratcliffe asked Mueller, who testified Wednesday on Capitol Hill to the House Justice Committee, where in Justice Department policies and principles is there a legal standard where a person not found guilty of a crime is considered “not exonerated.”

John Ratcliffe is young and hungry, but he is no “Johnny Come Lately.”

He has been in the middle of the fight for years now.

Watch him take on James Comey about the farce they called The Clinton Email Investigation:

Here he is taking on Peter Strzok:

Ratcliffe certainly understands the playing field and knows what he is up against, at least somewhat.

Still, can he take down Hillary or Obama?

Could he possibly take down BOTH?

President Trump has put his confidence in him.

I am pleased to announce that highly respected Congressman John Ratcliffe of Texas will be nominated by me to be the Director of National Intelligence. A former U.S. Attorney, John will lead and inspire greatness for the Country he loves. Dan Coats, the current Director, will….

I am deeply grateful to President Trump for the opportunity to lead our Nation’s intelligence community and work on behalf of all the public servants who are tirelessly devoted to defending the security and safety of the United States.

The Washington Examiner had this on Sunday:

A top Republican investigator said accountability is coming for any of those individuals who may have committed crimes during the Trump-Russia investigation.

And while Ratcliffe said he does not want to prematurely accuse any specific person of a crime — as Democrats have done with President Trump — he stressed that it is clear crimes were committed by people during the Obama administration, including government officials.

“I think the first thing we need to do is make sure we don’t do what the Democrats have done,” the Texas Republican told host Maria Bartiromo on Sunday Morning Futures. “They accused Donald Trump of a crime and then they try and reverse engineer a process to justify that accusation. So I’m not going to accuse any specific person of any specific crime, I just want there to be a fair process to get there. What I do know as a former federal prosecutor is that it does appear that there were crimes committed during the Obama administration.”

Read the rest at TWE…

So is Ratcliffe just the latest show pony with a big bark and no bite?

Or is he the tenacious pitbull that America needs?

We will find out.

We will also see how sincere President Trump is about finally bringing justice to Hillary Clinton and Barack Obama.

But we do not hold our breath.

With that said, Go Get Em’ Ratcliffe, We Hope You Surprise Us!