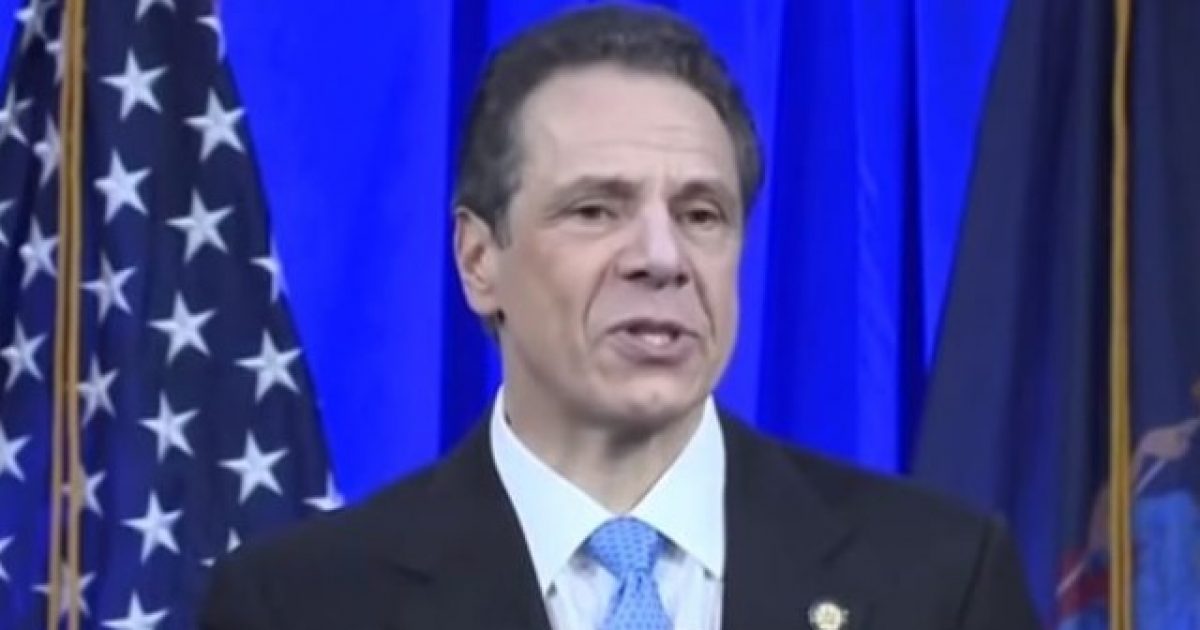 Three people were killed including a 6-year-old boy, a teenager and a man in his 20’s, according to authorities.

The motive for the attack is unknown but one report says that the 19-year-old gunman was asked why he was doing it and he responded saying-“I’m angry!”

He used an AK-47 according to reports.

Prohibits Possession, Manufacture, Transport, and Sale of Bump Stocks and Similar Devices that Accelerate the Firing Rate of Firearms

Governor Cuomo: “By signing these measures into law we are strengthening our nation-leading gun laws – banning devices whose sole purpose is to create the most bloodshed in the shortest timeframe and providing law enforcement the tools they need to stop firearms from falling into dangerous hands.”

Governor Andrew M. Cuomo today signed legislation to establish an up to 30-day waiting period for individuals who are not immediately approved to purchase a firearm through the National Instant Criminal Background Check System (S.2374/A.2690) and to close existing statutory loopholes to prohibit ownership or sale of a bump stock (S.2448/A.2684). This legislation builds on New York’s strongest in the nation gun laws, including the Red Flag Bill signed in February that prevents individuals who show signs of being a threat to themselves or others from purchasing or possessing a firearm.

“For too long gun violence has plagued communities across our nation and while the federal government turns a blind eye, New York continues leading the way forward to protect our families and our children,” Governor Cuomo said. “By signing these measures into law we are strengthening our nation-leading gun laws – banning devices whose sole purpose is to create the most bloodshed in the shortest timeframe and providing law enforcement the tools they need to stop firearms from falling into dangerous hands.”

“As gun violence continues to affect communities across the state and the nation, we are advancing our efforts to strengthen our laws and protect New Yorkers,” said Lieutenant Governor Kathy Hochul. “This legislation extending the background check waiting period and banning bump stocks will help to ensure that firearms do not get into the wrong hands and bans the use of devices that have been used to wreak havoc. We are committed to building on our nation-leading policies to stop senseless gun violence and save lives.”

Current federal law requires gun dealers to conduct a National Instant Criminal Background Check System (NICS) background check on a potential purchaser prior to selling a firearm, which immediately provides the dealer with one of three possible notifications. These notifications include “proceed,” “denied,” or “delayed.” In the case of a “delayed” response, the dealer must wait three days before completing the sale. The FBI may continue to investigate the individual past the three-day timeframe but oftentimes by the time law enforcement has determined that the potential purchaser is ineligible, the sale has already been completed. By extending the waiting period up to 30 days, law enforcement is provided with sufficient time to complete a background check and help ensure that only those eligible to purchase and own a firearm are able to do so.

Senate Deputy Leader Michael Gianaris said, “Common sense gun safety reform will save lives, period. Stronger background checks will keep guns away from dangerous people. I am proud to have written some of America’s toughest gun safety laws and to be part of a new New York Senate, which prioritizes the safety of our families and schools. I’m glad the Governor enacted this important measure.”

Assembly Member Amy Paulin said, “This law will build on our already strong gun laws by ensuring that law enforcement has sufficient time to complete a background check without impinging on the rights of law-abiding citizens. According to the FBI, they just need more time to do their job to keep guns out of the wrong hands.”

In 2017, bump stocks and other devices that accelerate the rate of fire of firearms came to national attention after a mass shooting in Las Vegas, Nevada that killed 58 people. These devices are attached to semi-automatic weapons and allow shooters to fire ammunition faster than any human could. Machine guns, and firearms that simulate machine guns, are already illegal under New York law, because of the immense public safety risks these weapons pose. Bump stocks and similar devices pose a similar threat to public safety, and this legislation will prohibit the possession, manufacture, transportation, shipment and sale of any items that accelerate the firing rate of firearms, rifles or shotguns.

Senator Luis Sepúlveda said, “There is absolutely no need for military-grade weaponry on the streets nor homes of New York State. Bump stocks and other devices that allow firearms to shoot faster than any human ever could are evidently an acute danger to the public, and have already caused too many tragedies across our country. As we sign this bill into law today, our thoughts are with the families of victims of the 2017 Las Vegas shooting and all others who have lost their lives due to this deadly technology. Today we commit to greater safety, prevention, and accountability for the people of New York State, for whom we must continue to strive to foster lives free from the devastation of gun violence.”

Assembly Member Patricia Fahy said, “Law enforcement and gun violence advocates have been resoundingly clear – there is no legitimate reason for any individual to possess a device that is capable of turning a legal, semiautomatic firearm into a fully-functioning machine gun, and yet the Federal Department of Justice estimates that 520,000 bump stocks have been sold just since 2010. My legislation closes loopholes and ensures bump stocks are fully banned in New York to help prevent horrific tragedies such as the one in Las Vegas in 2017. I thank Speaker Heastie and Governor Cuomo for their continued leadership and for once again nation-leading on gun control in New York.”

The scourge of gun violence throughout the nation is one of the most pressing issues of our time. Currently, the U.S. has the highest homicide-by-firearm rate among the world’s most developed nations. In the most recent year of national data, gun deaths rose to their highest level in fifty years.

Under Governor Cuomo’s leadership, New York has passed the strongest gun control laws in the nation, including the SAFE Act in 2013 which keeps guns out of the hands of convicted felons and individuals with a mental illness, ensures private gun sales are subject to a background check, bans high-capacity magazines and assault weapons, and toughens criminal penalties for illegal gun use. The Governor also recently enacted the Red Flag bill to prevent individuals who pose a risk to themselves or others from purchasing a firearm. New York became the first state in the nation to empower its teachers and school administrators to help prevent school shootings through court intervention. This law also targets the well-known link between domestic abuse and deadly gun violence.