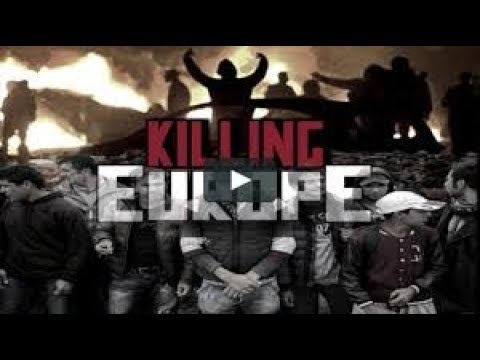 Amazon has removed a documentary exposing menace mass migration and Islam pose in Europe from its Prime VideoService, citing “quality assurance” concerns as justification for the platform’s censorship.

A slated screening of Killing Europe was canceled by the Ottawa Public Library last year, following intimidation from left-wing activists.

In his latest documentary, Hansen exposes the rise of the militant leftwing group and Antifa and Silicon Valley’s censorship of conservative outlets in the United States. The documentary also features exclusive interviews with an official at the Council on American-Islamic Relations regarding the status of women in Islam.

Hansen received notification from Amazon claiming Killing Europe does not meet “customer content quality expectations,” but the company will not specifically define what content breaches its criteria.

During a quality assurance review, we found that Killing Europe contains content that does not meet our customer content quality expectations. As a result, all offers for your title have been removed and may not be made available as “Included with Prime” or to Buy/Rent on Amazon.

We have carefully reviewed all impacted titles and only remove titles based on customer engagement/customer feedback. Prime Video Direct has always had a policy of reviewing content performance and customer engagement and this can be found here: https://videodirect.amazon.com/home/help?topicId=201986500

PVD remains an open marketplace, and we encourage you to continue making content that will be engaging for customers available on our site. We’re unable to predict whether any future title(s) you make available will be removed.

Killing Free Speech is intended to sound the alarm about the perils of the European approach to free speech amid leftist groups in the United States shutting down political expression in the public square, Hansen explains.

“20 years ago you started to see Antifa taking over the streets in Europe. Right now what it is in Europe, if you are conservative you cannot have a street protest — you’re going to get attacked by Antifa. That’s well established,” Hansen explains.  “What I fear is that here in the U.S. you’re starting to see the beginnings of the same thing. If you’re conservative nowadays, you gotta run a gauntlet between these armed thugs. If you’re not careful here in the United States you’re going to lose that public space, it’s happening rapidly.”

In an interview with InfoWars earlier this week, Hansen explained he’s been targeted by ANTIFA for producing his documentaries.

Laura is an investigative journalist in the US. All those she calls out and questions are referred to as those who have been “Loomered.” Her aggressive style and questioning what is really going on in our country and pointing out the corruption of politicians has earned her the title “The Most Banned Woman In The World,” as she has been banned from every major social media platform, declared dangerous and even cut off from the ability to raise funds for herself. But she marches on! Visit her at LauraLoomer.us
Share
Tweet
Share
Pin