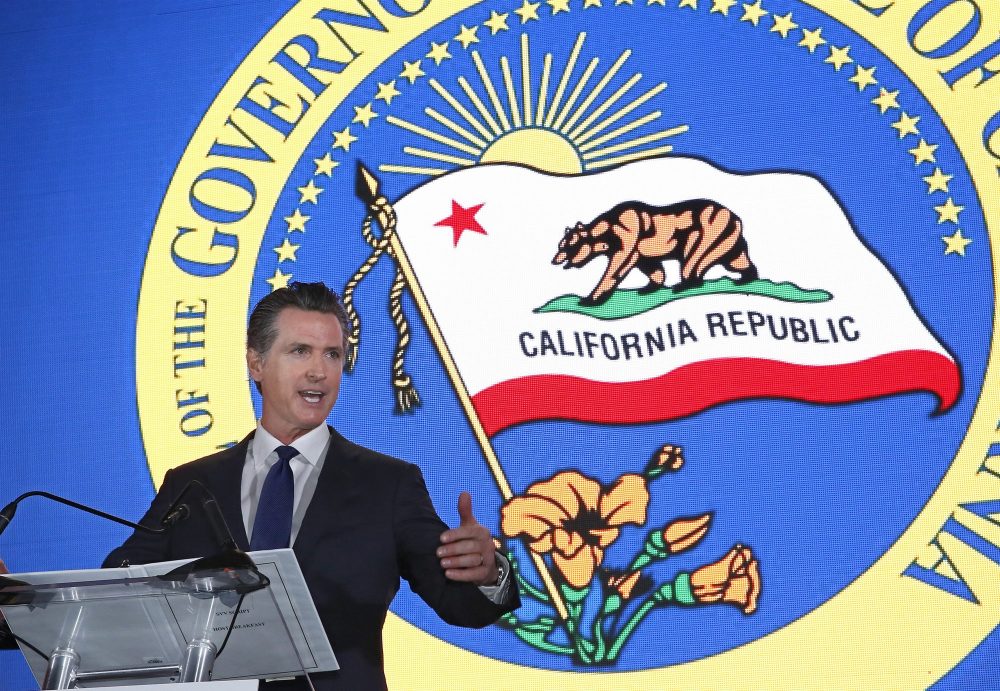 SB 27, by Senator Mike McGuire (D-Healdsburg) and Senator Scott Wiener (D-San Francisco), requires a candidate for U.S. President or California Governor to file copies of every income tax return filed with the Internal Revenue Service in the five most recent taxable years with the Secretary of State, at least 98 days prior to the corresponding primary election.

The measure signed Tuesday by the Democratic governor Gavin Newsom is aimed at Donald Trump, who has refused to release his tax returns. Trump has said his returns are being audited.

The action further escalates California’s feud with the president.

The law will likely face legal action and Trump could avoid the requirement by deciding not to compete in California’s primary. With no credible GOP challenger at this point, he likely won’t need California’s delegates to win the Republican nomination.

The new law requires candidates for president and governor to submit their tax returns to California’s secretary of state at least 98 days before the primary. The returns will then be posted online.

“As one of the largest economies in the world and home to one in nine Americans eligible to vote, California has a special responsibility to require this information of presidential and gubernatorial candidates,” Newsom said.

“These are extraordinary times and states have a legal and moral duty to do everything in their power to ensure leaders seeking the highest offices meet minimal standards, and to restore public confidence.”

Newsom’s message to state lawmakers on Tuesday said the law is constitutional because “the United States constitution grants states the authority to determine how their electors are chosen”.

But Murtaugh said the law violates first amendment right of association “since California can’t tell political parties which candidates their members can or cannot vote for in a primary election”.

While states have authority over how candidates can access the ballot, the US constitution lays out a limited set of qualifications someone needs to meet to run for president, said Rick Hasen, a professor specializing in election law at the University of California Irvine School of Law. Those qualifications include the requirement that presidential candidates be over age 35.

The US supreme court has previously stopped state efforts to add requirements on congressional candidates through ballot access rules.

New York has passed a law giving congressional committees access to Trump’s state tax returns. But efforts to pry loose his tax returns have floundered in other states.