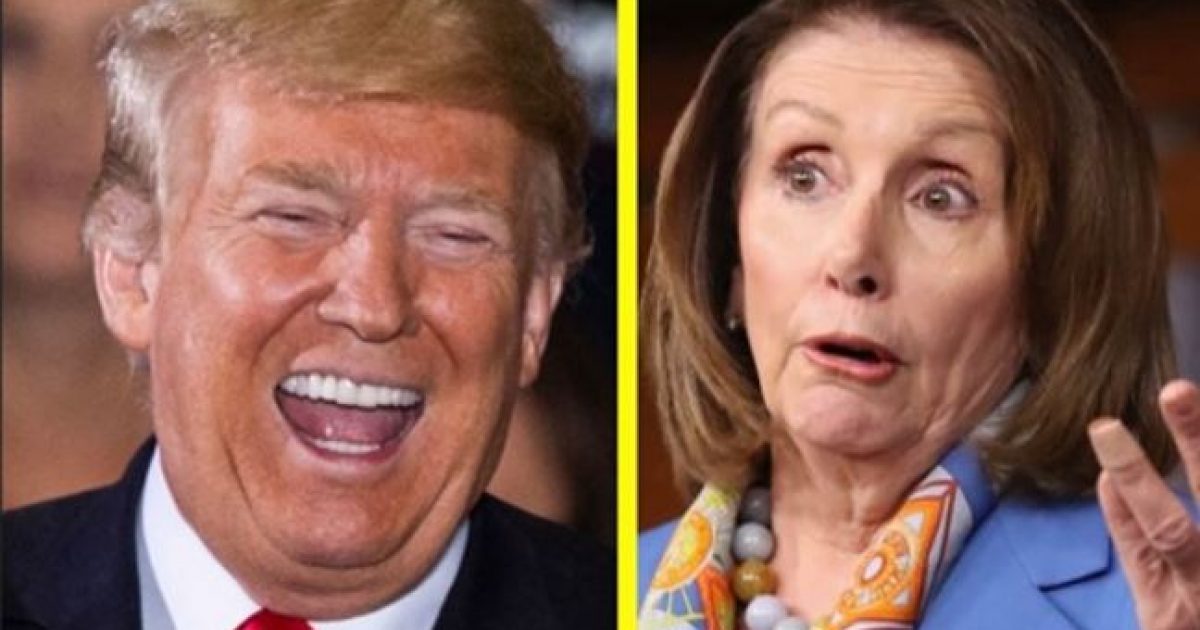 Opinion & Speculation From Elder Patriot – Democratic Party leader Nancy Pelosi is signaling that the departure of Dan Coats from the Office of Director of Intelligence is being viewed as a major setback for the Swamp, at least if the statement she released yesterday means anything.

“DNI Coats’ successor must put patriotism before politics, and remember that his oath is to protect the Constitution and the American people, not the President.”

And, there you have it.  What she’s really saying is Coats successor must continue protecting corrupt Democrats at the expense of this president. She knows Ratcliffe, who is read into the criminal Obama-era surveillance as well as anyone, won’t do that.

….be leaving office on August 15th. I would like to thank Dan for his great service to our Country. The Acting Director will be named shortly.

The departure of DNI Coats is bad news for the security of America. His successor must put patriotism before politics, and remember that his oath is to protect the Constitution and the American people, not the President. https://t.co/uxLySjxtCm

Pelosi’s statement would have read entirely differently had President Trump announced his nominee was someone other than the highly respected Ratcliffe… say like, Jerrold Nadler or Adam Schiff or even Andrew Weissmann.

Sorry, Nancy.  Ratcliffe is a younger version of Attorney General William Barr, steeped in the equitable application of the law for every American, with a fierce determination to protect the Constitution and the Republic.

Ratcliffe, having been a member of the House Intelligence Committee, has deep knowledge of the Obama-era surveillance that was conducted on U.S. persons that the former president deemed his political opponents that dates back to at least 2012.

Robert Mueller: “I cannot but this is a unique situation.”

If prosecutors are permitted to apply unique legal standards to individuals based solely on whim, or for political reasons, then no one is safe from the government.

As DNI, Ratcliffe will be in the single most important position to help AG Barr obtain the declassification of the materials he’s seeking.  Those documents are expected to prove the rampant corruption that consumed the Obama-era Democrats.

Once President Trump sends John Ratcliffe’s name up to the hill for consideration, we should expect Democrats to respond with unfounded allegations – racism, rapist, etc. – that’ll make their heinous attacks on Brett Kavanaugh look tame.

With Kavanaugh Dems were confronted with a shift in ideology.  With the nomination of John Ratcliffe, Dems face the very real potential of being held accountable for “High Crimes and Misdemeanors.”

The future of their party is riding on preventing the depths of their corruption from becoming widely known.