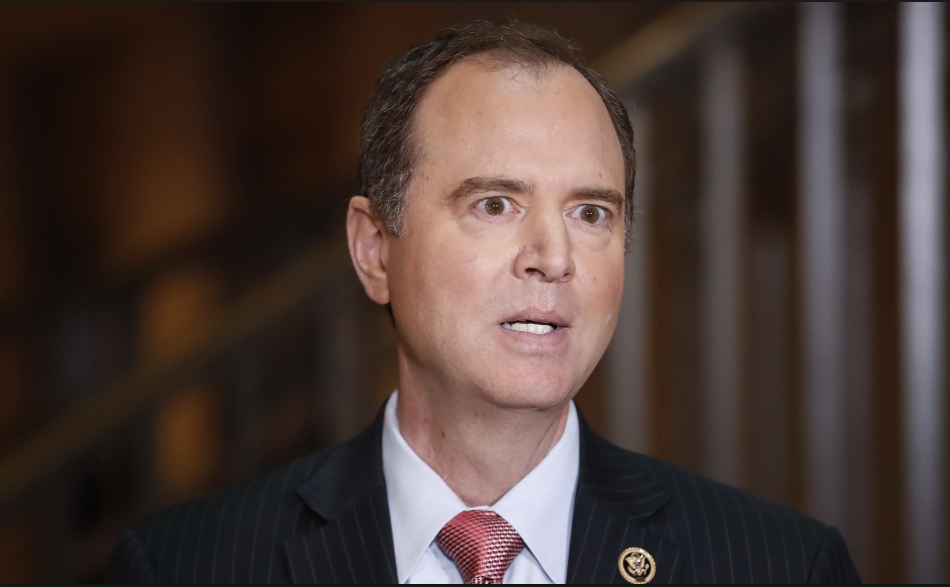 In an interview with House Intelligence Committee Chairman Adam Schiff on Sunday, “Meet the Press” host Chuck Todd asked if the whole issue of whether or not to impeach the President was approaching a “moment where it’s too late, calendar-wise.” Schiff essentially stated that they do not have evidence of a crime, but if the president prevents them from speaking to people in the administration to find a crime, that is clear obstruction and grounds to impeach.

Schiff stated that this fall would be an approximate deadline for launching such an impeachment effort, presumably for the purpose of creating political energy and focus for Democrats’ 2020 election campaigns.

There’s “not a simple answer” to the question of impeachment, Schiff said defensively. He expressed deep concerns about losing an impeachment trial, saying that losing was a “preordained conclusion” given the Republican control of the Senate.

Schiff apparently knows he is going to have a hard time coming up with a legal case against President and therefore he plans to try him in the only court he can manipulate and that is the court of public opinion.

Todd had pressed Schiff about the left’s impatience regarding the possibility for impeachment of the President.

“You had said we’re in a preliminary stage of an investigation — all right. Is this impeachment or not? You’re not there yet?” he asked.

“For the purposes on the law and constitution, where we are now is most accurately described as preliminary to a judicial proceeding, and that judicial proceeding is a potential impeachment,” Schiff responded. “Right now the most important thing is to obtain the grand jury material to see the evidence and the standard the court has set that we have really set for the court, is are we preliminary to a potential impeachment. I believe that we are.”

Schiff added, “Where we’ll get to in impeachment, at least in my view that we should get to, the decision, okay, let’s indict the president, let’s impeach the president is if we’re convinced that we can make the case. And here, okay, there is no making the case to the cult of the President’s personality that is the Senate GOP. But we should at least be able to make the case to the American people. I’d like to see the evidence so I’m confident that we can do that before we say we’re ready to charge the president of the United States.”

Todd again prodded Schiff, saying many are complaining that “you guys have been too slow.”

Schiff admitted that he is concerned “about taking an impeachment case to trial, losing that case, having the President acquitted and then having an adjudication that this conduct is not impeachable. There is not a simple answer here. The jury I’m most worried about, not the Senate because I think that’s a preordained conclusion, is the American people. Can we make the case to the American people? And I want to make sure that that’s true before we go down this path because it is going to occupy a year of the nation’s time, and I want to make sure that’s the right decision.”

“Here is the thing, Chuck. That is, in a constitutional sense also justice delayed is justice denied. They are doing everything they can to obstruct the congressional investigation having obstructed justice, so there may get to a point in the fall where we decide, look, he is violating a different provision of the Constitution by obstructing the Congress in its lawful and constitutional duty,” Schiff said.

He continued, “That would not be a crime. That would be a misdemeanor. The Founders have a different idea of what misdemeanor meant. It’s not a lesser crime, but it’s demeaning an office. I think violating the separation of powers would be such a misdemeanor. So this is why I say the President is doing everything he can to push us into an impeachment. If we can’t get adequate answers from the court in time, that in itself will be an impeachable offense.”

The congressman then added, “There will be a deadline because we will either get the answers that we need or the president’s obstruction will be so complete that that itself becomes a grounds for his impeachment.”

Notably, conservative author, commentator, and constitutional scholar Mark Levin recently confirmed the solid legal basis that exists for Trump’s stance with regard to asserting executive privilege when he told Sean Hannity, “Executive privilege can be asserted for a number of reasons, including protecting the privacy of White House deliberations. That is, a President [and] immediate staff — like Don McGahn, his lawyer.” He said that the Constitution doesn’t stipulate that Congress can “get whatever it wants.”