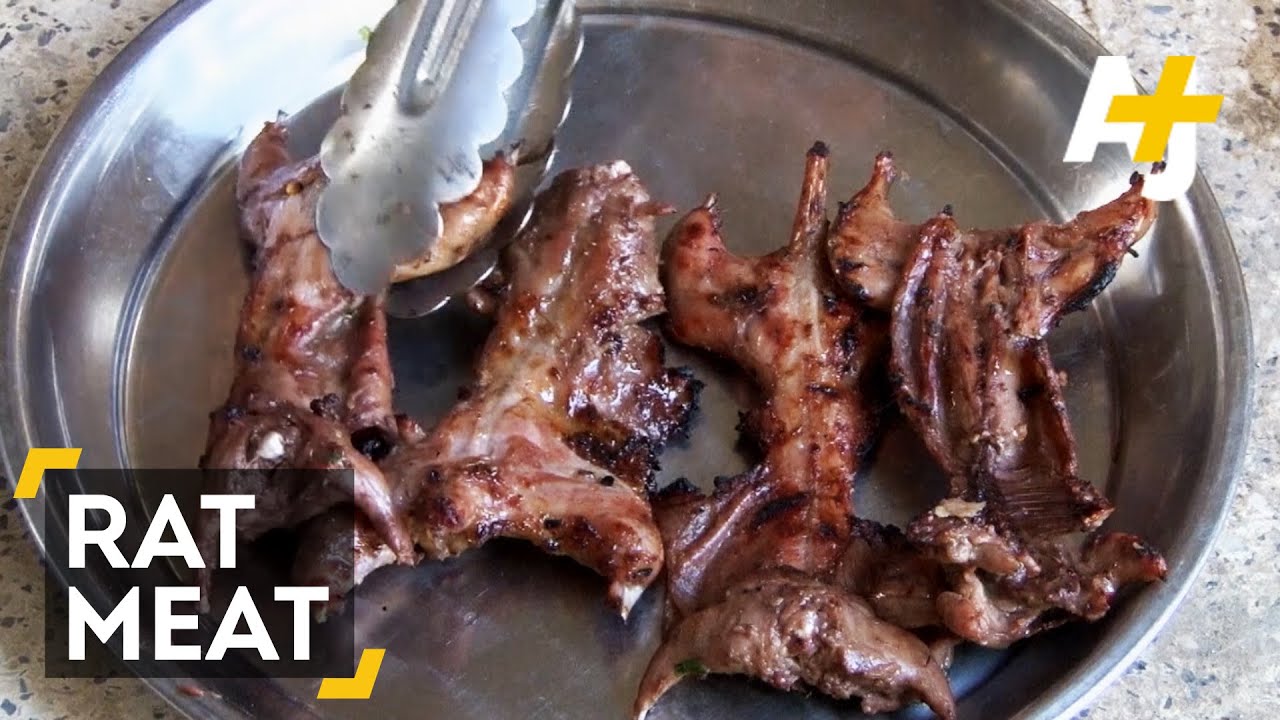 Are you aware that rat meat is a delicacy in China?

Baltmore’s rat infestation seems like a giant pain in Elijah Cummings’ and Mayor Bernard Young’s backsides right now, but there is a solution.

There is always a solution.

Are you aware that in China, and several other countries, rat meat is a delicacy?

Watch this LiveLeak video, but not after dinner please:

One man’s trash is another man’s treasure, I suppose.

According to The BBC, China is not the only country eating Baltimore’s emerging commodity:

Rats are eaten regularly in Cambodia, Laos, Myanmar, parts of the Philippines and Indonesia, Thailand, Ghana, China and Vietnam, says Grant Singleton, from the International Rice Research Institute in the Philippines.

Singleton says he has eaten rat meat at least six times in the Mekong Delta of Vietnam. As for the flavour?  “In the case of the rice field rat I would describe it as more gamey, with a taste closer to rabbit,” he says.

Singleton also recalls eating rats in the uplands of Laos and in the lower delta of Myanmar. In Laos, he says, farmers in the northern upland provinces can identify at least five rodent species based on their taste.

In Africa, some communities have a long tradition of eating rats. In Nigeria, for instance, the African giant rat is a favourite among all ethnic groups, says Mojisola Oyarekua, from the University of Science and Technology Ifaki-Ekiti (Usti) Nigeria. “It is regarded as a special delicacy and it is more expensive than equivalent weight of cow meat or fish. It is delicious and can be eaten as roasted, dried or boiled,” he says.

So why do people eat rats? Sheer necessity? After tasting rats in different countries, Gates says people do so more from choice than being forced to out of scarcity.

Rats may not be currently on the menu of your favourite neighbourhood restaurant, but as we move into a more globalised world with more adventurous diners, it is not unreasonable to think that rodents could one day feature on Western menus more frequently. Just give it a try. You might like it. After all, for some, it is the most delicious meat they have ever tasted.

If Cummings would just get some contacts from Joe and Hunter Biden, he could save Baltimore.

Even good ole NBC admits that Baltimore is missing a tremendous opportunity here:

Tired of fast food? Well, now you can travel to China and try some “pest food.” As the country suffers from a plague of a reported 2 billion rats displaced by a flooded lake, many of the creepy creatures are being trucked from central China to the booming south to end up in fancy restaurant dishes, Chinese media reported.

Rats had been doing a roaring trade thanks to strong supply over the last two weeks, the China News Service quoted vendors as saying.

“Recently there have been a lot of rats… Guangzhou people are rich and like to eat exotic things, so business is very good,” it quoted a vendor as saying, referring to the capital of Guangdong province, where people are reputed to eat anything that moves.

Some vendors, who declined to reveal their names, had asked people from a village in Hunan province, near Dongting Lake, to sell them live rats, the Beijing News said Monday.

“The buyers offered 6 yuan [79 cents] for a kilogram [2.2 pounds], but as to where they will sell the rats, they would not say,” the newspaper quoted a local resident as saying, adding that villagers had to catch the rats alive.

Some Guangdong restaurants were promoting “rat banquets,” charging 136 yuan ($18) for one kilogram of rat meat, the newspaper said.

Slaughter them and send them to me.

I’ll handle the leg work and send Baltimore 20% of the profits.

Feature Image and Above Video from Al Jazeera on YouTube.

I need to quit now before I make a fool of myself.

So people eat rats and Baltimore is setting on a goldmine.