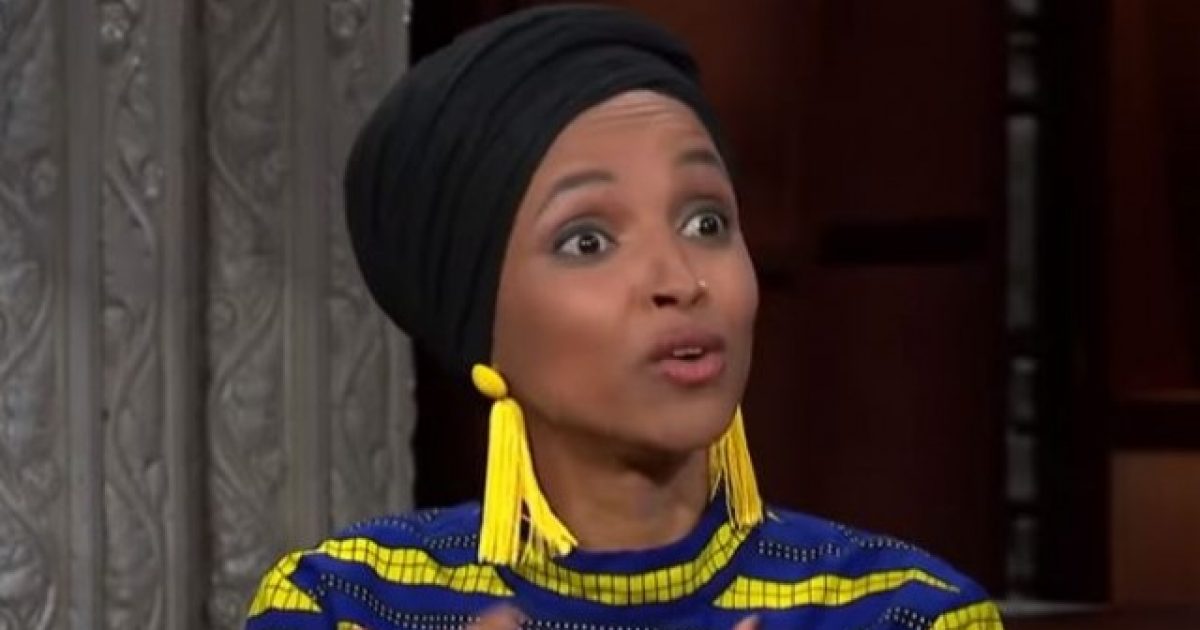 A decorated U.S. military veteran and police officer is considering running against Rep. Ilhan Omar (D-Minn.), whose public feuds with Republicans and President Donald Trump have often been the result of anti-Semitic statements she’s made.

Chris Kelley, who served in the U.S. Army and Army Reserves, has been a Minneapolis police officer for two decades. Now he wants to try his hand at politics as he considers a run in Minnesota’s Fifth District, a seat currently held by Omar.

In March during a forum in Los Angeles, Omar was complaining about how Muslims are supposedly mistreated on a regular basis in America.

“For far too long we have lived with the discomfort of being a second-class citizen and, frankly, I’m tired of it, and every single Muslim in this country should be tired of it,” she said at a forum held by the Council on American-Islamic Relations, according to The Los Angeles Times.

“CAIR was founded after 9/11 because they recognized that some people did something and that all of us were starting to lose access to our civil liberties,” she said.

The comment was blasted by the New York Post, which featured it during April as a headline:

“CAIR was founded after 9/11 because they recognized that some people did something and that all of us were starting to lose access to our civil liberties.”
–Rep ⁦@IlhanMN⁩, March, 2019 pic.twitter.com/dxLkNSiqr2

Mind you, the U.S. government knows that CAIR has ties to militant Iran proxy group Hamas, which has committed acts of terrorism in the Middle East.

The comments spurred Kelley to act.

“September 11 was a terrible loss of life, not just for police officers and firefighters and other first responders, but 3,000 people and non-combatants died, and to be dismissive of that was an outrage. I could sit and complain or I could do something about it,” Kelley told Fox News.

“I believe I can be a positive voice in standing up for people in our country, and for our first responders and the people every day on the frontlines,” he said.

Kelley adds that Omar, in her quest for notoriety and celebrity, has neglected her constituents.

“There seems to be a theme to some of the current politicians who are being overly vocal: let’s attack the people who do the jobs, yet they won’t do theirs,” he said, according to the Duluth News Tribune.

“As former military, I am here to serve and not further my status. I want to do a good job for the people I represent and I don’t have a personal agenda. I’m passionate about service and I just want to be able to continue that,” he said.

Kelley attempted to attract GOP support during a bid for the Fifth District seat in 2016 but failed, so this time around he’s running as an Independent.

Fox 9 – TV coverage of the Chris Kelley announcement for CD5.

"I have spent my entire adult life in public service; I know it, I feel it, I live it every day."https://t.co/6lllqpWxsj

The differences between Omar’s policies and his are very distinct.

“Immigration is a big issue right now. I believe in having a secure border; if you don’t have a country you don’t have a border and our border agents are doing a great job, but they are being overwhelmed and Congress isn’t giving them the tools they need,” said Kelley.

“I would also like to see a pathway to citizenship for those under DACA; they couldn’t help they were brought here and need a shot to be able to stay here,” he said, referring to the Deferred Action for Childhood Arrivals, which Democrats have repeatedly neglected to act upon though POTUS Trump has offered to work with them in order to get a deal done on several occasions.

Kelley also said he will run “a positive fact-based campaign.”

“I won’t be bringing in controversy and scandal. I will be bringing firsthand knowledge of the things that I know are going on in the community as an officer. I see a lot every day – the homelessness, the opioid crisis; I want to bring these things to the forefront and put some ideas on the table on how to deal with them,” Kelley said.

“I want to do anything I can to make people’s lives better; I just want to sit and listen to people and make some positive change.”