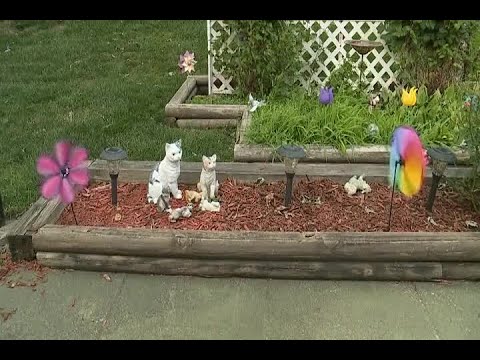 In order for any society to function smoothly, the vast majority of the people need to behave at least somewhat rationally.  Of course there are always going to be exceptions, and we understand that, but most of us operate under the assumption that most of the people that we are going to encounter in our daily lives are not going to act like nutjobs.  Unfortunately, that may not be a safe assumption any longer.  As our society literally degenerates right in front of our eyes, it seems like someone has opened up the barn doors and let out all the crazies.  And the truth is that “our leaders” are some of the best examples of this phenomenon.  Just look at some of the winners that we have running for president.  Quite a few of them are far more qualified for the insane asylum than they are for the highest office in the land.  Of course it doesn’t end with our politicians.  All across this country, it seems like people in positions of power can’t think straight any longer.

If you doubt this, just consider what just happened to a 79-year-old woman in Ohio named Nancy Segula.  When her neighbor moved away, he left a couple cats behind, and they became very hungry.  So Segula would feed them and care for them, because she didn’t want them to suffer.  Well, eventually one of her neighbors found out about this, and the animal warden was called…

“It began in 2017 with me feeding stray kitties. I used to have a neighbor that had a couple cats and he moved away so he left them,” Segula said. “I would always feed them and care for them because I was worried about them and I’m a cat lover. Once my neighbors got upset about it, they called the animal warden.”

Segula wasn’t about to abandon the suffering cats, and so she just kept on feeding them, and the neighbors kept calling the animal warden.

Over time, she received a total of four citations.

Unfortunately, the most recent citation required her to appear in court, and when she did a judge sentenced her to 10 days in jail…

Her latest citation required her to appear before Magistrate Jeffrey Short last week. He sentenced her to 10 days in the Cuyahoga County Jail.

“I couldn’t believe what my mother was telling me. She gets 10 days in the county jail, I couldn’t believe it,” said Dave Pawlowski, her son son. “I’m sure people hear about the things that happen downtown in that jail. And they are going to let my 79-year-old mother go there?”

Is this what our society has become?

Putting a 79-year-old woman in prison for feeding stray cats is stone cold crazy, but this judge in Ohio is actually doing it.

Are we going to start putting all senior citizens that feed cats in prison?  If so, then my parents are in all sorts of trouble, because they have been feeding stray cats for many, many years.

Having compassion for those in need should never be against the law.  In previous articles, I have written about how many major cities in America are now passing laws against feeding the homeless.

Well I am sorry – if I see someone in need and I want to give that person some food, no law is going to stop me from doing so.

Let me switch gears for a moment and share another example of the craziness that is sweeping across America.

Within the last few days, police in Pennsylvania arrested a woman that was caught urinating on the potatoes in her local Wal-Mart.  The following comes directly from the West Mifflin Borough Police Department…

On July 25, 2019 at 08:41 hours a West Mifflin Police Officer responded to Walmart in West Mifflin for a criminal mischief report. The Officer was met by a Walmart Loss Prevention officer who reported the following incident.

The LPO was informed by an employee that on the day before he noticed urine on the floor near the potatoes in the produce area. The LPO then pulled video that depicted a female at approximately 22:10 hours on July 24, 2019 urinating in the potato bins. The LPO then reported the incident to the West Mifflin Police.

The Detectives of the West Mifflin Police Department investigated the incident and were able to identify the actor as Grace Brown and made contact with her. Ms. Brown along with her attorney came to the station where she identified herself as the person urinating on the potatoes.

Who in the world would do such a thing?

Perhaps she really had to go, and perhaps she didn’t realize that Wal-Mart has restrooms.

But it is probably much more likely that this woman was following an extremely disturbing new trend that has emerged on social media.  According to CNN, it originally started with ice cream…

People go into grocery stores, open a container of ice cream at random, lick the top, put it back in the freezer and then just walk away. Oh, and then they put a video of the entire grotesque display on social media for all to see.

The #IceCreamChallenge, as it’s now called, is just one of many social media trends over the past couple of years that has had people (mostly young people) doing questionable things and documenting them online.

But since that time this “challenge” has spread to all sorts of other consumer food products.  The more disgusting someone can be as they defile food, the more views and likes they will get on their social media profiles, and that is apparently the goal.

Needless to say, I am not very optimistic about the future of this country, and I would love to hear someone make a convincing case that we will be able to turn things around any time soon.

Because right now our nation literally appears to be going completely crazy, and it is getting worse with each passing day.