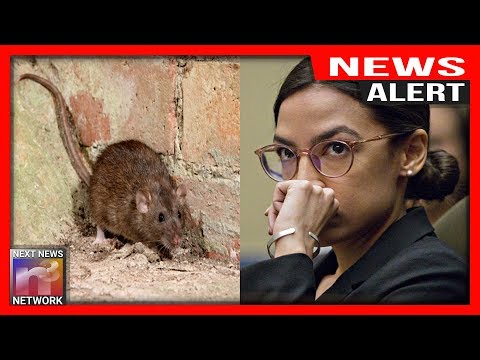 Rats and feces and maggots? Oh my…

This is what you get in Democrat run slums.

Here is Gary from Next News Network with the latest:

Trump and his administration are playing some serious 3D Chess lately and reminding voters, in key districts, how bad they really have it.

HUD Administrator Lynne Patton is at it again and this time she’s going after Alexandria Ocasio-Cortez for neglecting her district.

Patton is fearless in her truthful comments about how politicians like Elijah Cummings and AOC are neglecting their districts but pandering to the illegals at the border.

Watch as Lynne Patton, Administrator of HUD’s Region II (NY & NJ), had to shut down a daycare in AOC’s district where dead rats & maggots fell from the ceiling on to children.

Why is Alexandria more concerned with the border than her own district?

Watch as Lynn Patton, Administrator of HUD’s Region II (NY & NJ), had to shut down a daycare in .@AOC’s district where dead rats & maggots fell from ceiling on to children. Why is Alexandria more concerned with the border than her own district? https://t.co/3kjMMpWbAd

President Trump called attention to the blight in the West Baltimore district of Rep. Elijah Cummings over the weekend and was immediately called a “racist”. Who knew telling the truth is racist?

Who knew that telling the truth was racist?

There has been a lot of truth being told by a lot of racist folks, regarding the collapse of American cities and states run by Democrats: