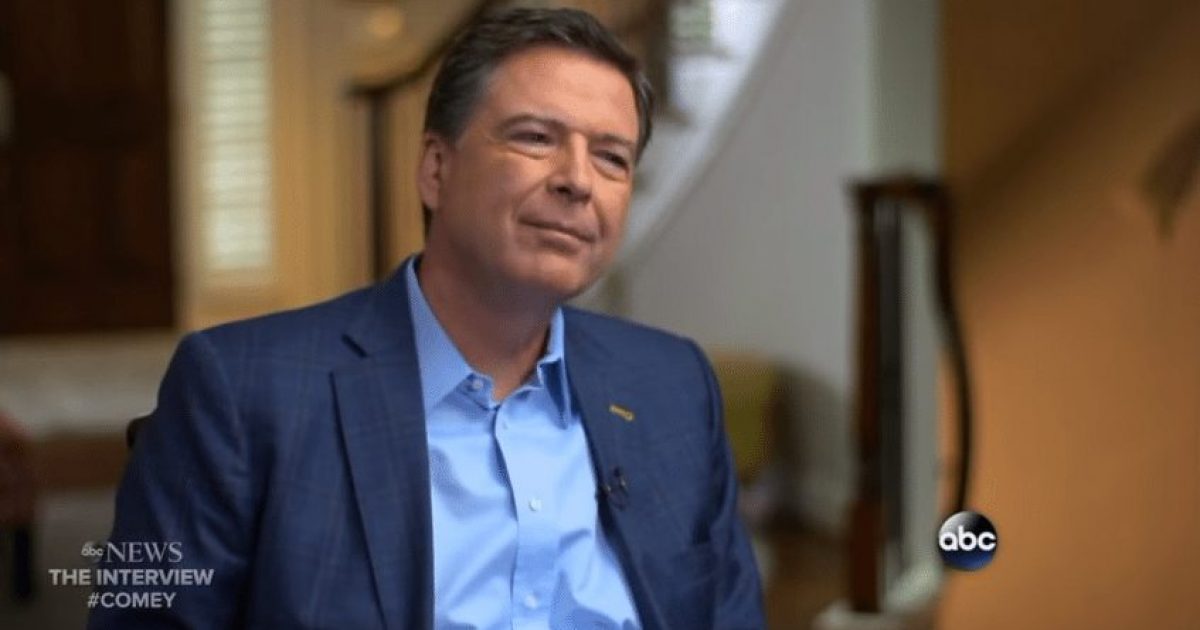 It was a similar excuse that they used for not prosecuting Hillary for her “careless” treatment of classified information. They didn’t have “intent.”

Intent, by the way, is not addressed under Title 18, Section 798 of the code under “Disclosure of Classified Information.” But the main issue here is that the memos were marked classified/confidential AFTER they were submitted.

Comey gave his memos to a friend, attorney Daniel Richman, who in turn leaked them to the New York Times. We submit that he knew exactly what he was doing, but the DOJ says they can’t prove it. Deep State decision?

Prosecutors found the IG’s findings compelling but decided not to bring charges because they did not believe they had enough evidence of Comey’s intent to violate the law, according to multiple sources.

One month after Comey was fired by the President, FBI agents went to his home and retrieve the memos, so the story goes. Yet there is a huge discrepancy in dates regarding when they went to his home. They testified in Congress that they got his memos in May, but released information that they got them in June. The two agents who went to his house in May only got his badge and a training file. Somebody’s fibbing…again.

There is a major discrepancy in the FBI story here @TomFitton

It would appear the “investigative team” was Rybicki and Bowdich (which is laughable) they both were at his residence 5/12 but the only items retrieved were his badges and a folder marked “LEEDA training conf”https://t.co/dc0JVzkhko pic.twitter.com/TcikNXhrtY

Comey’s not totally out of the woods yet, he still has to face scrutiny over the FISA warrant issue. But does this decision mean that the FBI is STILL covering for Comey? That swamp is STILL full of alligators? Say it isn’t so.

The IG report on FISA abuses is still to be released. If the DOJ refuses then…