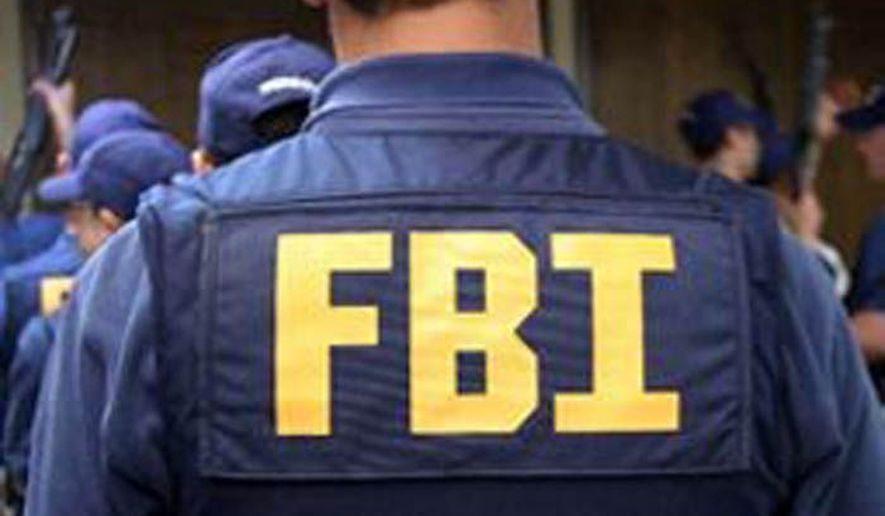 Conspiracy theory. It’s the term used toward Christians, conservatives, Republicans, constitutionalists, libertarians, and American patriots to marginalize the individual on a personal level and draw attention away from the hypothesized scenario because of some form of truth being presented in the hypothesis. The term was first used by the Central Intelligence Agency (CIA) against individuals and hypothesized scenarios to present the information as “false” and marginalize the individual. Now, the Federal Bureau of Investigation (FBI) will be treating “conspiracy theories” a domestic terrorist threat.

“The FBI assesses these conspiracy theories very likely will emerge, spread, and evolve in the modern information marketplace, occasionally driving both groups and individual extremists to carry out criminal or violent acts,” states an FBI intelligence bulletin from the bureau’s Phoenix field office dated May 30, the news outlet reported Thursday.

The document specifically mentions QAnon, a shadowy network that believes in a deep state conspiracy against President Donald Trump, and Pizzagate, the theory a pedophile ring including Clinton associates was being run out of the basement of a Washington, D.C., pizza restaurant.

It also goes on to say the FBI believes conspiracy theory-driven extremists are likely to increase during the 2020 presidential election cycle.

“The advent of the Internet and social media has enabled promoters of conspiracy theories to produce and share greater volumes of material via online platforms that larger audiences of consumers can quickly and easily access,” the document says, the news outlet reported.

The FBI is already under fire for its approach to domestic extremism, Yahoo News noted — pointing to a hearing last week before the Senate Judiciary Committee in which FBI Director Christopher Wray faced accusations the bureau was not focusing enough on white supremacist violence.

Wray told the lawmakers the FBI had dispensed with separate categories for black identity extremists and white supremacists, saying the bureau was focusing on “racially motivated” violence, the New York Post noted.

Yahoo News reported the bulletin focused on violence based specifically on beliefs that “attempt to explain events or circumstances as the result of a group of actors working in secret to benefit themselves at the expense of others” and are “usually at odds with official or prevailing explanations of events.” [Emphasis mine.]

Friends, take a look at what is happening here. The FBI is using QAnon and Pizzagate, as well as the California man that had bomb-making materials in his car in order to “blow up” a satanic temple monument in the Springfield, IL capitol rotunda to increase awareness of Pizzagate and the New World Order, to stifle freedom of speech. And, that infringement of the freedom of speech will be against conservative, Christian, alternative media and media personalities in order to exert more government control over the masses.

QAnon came on the scene to expose a “deep state” movement to subvert and overthrow an elected president. While being called a “shadowy network” and engaging in the theory of sedition, QAnon was accurate in the theory as proven by the Mueller report, the actions of James Comey, Peter Strzok, Lisa Page, Barack Hussein Obama Soetoro Soebarkah, Hillary Clinton, and a partridge in a pear tree of government agencies, as well as Democratic Party members of Congress, were working overtime to unseat President Trump. It has been proven by Mueller. The “conspiracy” was not the Trump administration’s collusion with the Russian government, but those inside our own government that was hellbent and determined to put Hillary Clinton in the White House or unseat Trump after being duly elected.

Then, there is Pizzagate – the theory that high-level government officials were involved in pedophilia and discussing the procurement of children or pedophilia acts using pizza terminology. It was the FBI that first identified the terminology and symbols visible in the open world that were related to pedophilia.  Citizen researchers used this information, along with government officials’ email posted at WikiLeaks, to connect the dots. Their theory included a pizzeria establishment whose owner has political ties, aka friends in high places.

Now, according to the FBI’s own bulletin, those who formulate theories or hypotheses or even exposing truth in conflict with the official narrative of events can find themselves in legal hot water should another individual choose to engage in acts of violence because of that theory. Either way, one slices and dices it, this is the usurpation of an agency of the federal government to implement “speech laws” under the guise of “preventing violent acts”. Challenge the official explanation of events and someone you have never met engages in violence using the “theory” as a rationale could just find you sitting behind bars with one phone call to your name.

The First Amendment of the Constitution for the united States of America protects most all speech, not just the speech that agrees with a specific point of view, against encroachment by government. However, government ceased following the Constitution some time back. Everything is fair game to encroach upon these days. Whether a theory or hypothesis is correct or not, should someone choose to act upon it, then you will be held accountable as a “domestic terrorist threat”. Although, the way this new position is being framed, just publicly presenting a theory will get one labeled a “crackpot fringe conspiracy theorist” and a domestic terrorist threat.

While the lamestream entertainment enemedia blatantly broadcasts lies as truth and truth as lies in the most egregious manner possible, their government handlers have no difficulty with any “theory” they choose to put out there when targeting Christians, conservatives, constitutionalists, libertarians, and other patriots. These “news enterprises” have become the propaganda machine of the government. And, as a matter of fact, control of the news media occurred under oppressive dictatorial regimes like Lenin/Stalin and iron-fist leaders like Hitler/Kim Jong Un.

With big tech companies targeting Christian conservative constitutionalists for “banning”, the federal government is gearing up to put the final nail in the coffin of free speech. There should be no one who doesn’t know why. But, just in case, the Deep State/Shadow government has been exposed along with its unconstitutional, illegal, subversive, seditious activities, proven by the Mueller report and kept in the public square through many like QAnon. The Pizzagate scandal is not a theory; it is real. The group that worked and exposed this happened to catch prominent political figures using pizza terminology in very strange ways in emails, like John Podesta did. Whether the individual who has friends in high places and owns a pizzeria theorized to be involved is fact, the group has not clearly connected those dots; however, it is a plausible scenario. All the dirty laundry of those occupying the federal government, legislature and other high-levelpolitical figures is coming to light, being exposed without any reservation. The cockroaches are scattering for cover and using every means within their arsenal to cover their backsides.

As far as the “New World Order” is concerned, this is real as well. It is what many term “globalism” or the implementation of a “global agenda” under one world government. It seems every president since “Daddy” Bush has made reference to it. This proposal to censor speech through government force is one way to suppress the truth through spreading lies and propaganda. And don’t think it doesn’t work. When millions of Americans believe a Supreme Court decision is law, without any action taken by the body of government responsible for making the law, because of what some “constitutional scholar” states on TV without providing article, section and clause, there is a serious problem in the republic. Moreover, when millions of Americans look to the United Nations as superior to the US government, boy, is that ever an indication of a problem.

News channels such as Fox News and pseudo conservative talk show hosts (Rush Limbaugh, Mark Levin, etc.) will remain on the airwaves because they are the controlled opposition.  But, those who compose theories that then turn out to be discovered as fact will be aggressively targeted for suppression and censorship. When this writer theorized that Hillary would pardon Hussein Soetoro if elected president and Hussein Soetoro would pardon Hillary if she wasn’t elected, the “poo-poo’s” were prevalent and earned this writer a prestigious spot on “Right Wing Watch”. Yet, what has now been exposed – the Department of Justice granted immunity to Clinton’s former chief of staff, Cheryl Mills, the computer specialist who deleted her emails using Bleachbit, the individual who installed Clinton’s private server, and has offered Clinton a plea deal despite the lack of criminal charges. The theory was off a bit. However, prominent high-level government officials, like Hillary Clinton, never get hard prison time in places such as San Quentin, Sing Sing, ADX, Leavenworth or Julia Tutwiler. It’s a five-star hotel type room with confinement at night only.

While Hillary Clinton gets special treatment for actual crimes, the federal government, through the use of the FBI, is going to hold individuals who postulate theories responsible for compromised individuals choosing to act on those theories by labeling the theorist a “domestic terrorist threat”. If this isn’t enough evidence to show inequality and injustice being served up in our legal system, nothing ever will be.

, the formation of The Ministry of Truth, and the aggressive push against freedom of speech.