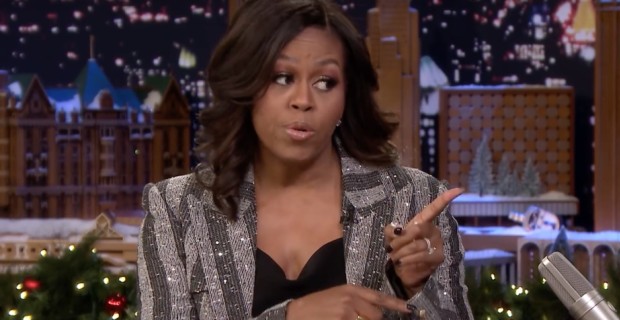 Michelle Obama, touted by many as the only potential Democratic candidate who would be guaranteed to beat Trump, says there’s “zero chance” she’ll run.

In an interview appearing in this weekend’s Amtrak’s magazine “The National,” Obama was asked, “If you thought the country needed you and you thought you could really help our nation, is there even a one percent chance you’d consider running?”

“There’s zero chance,” she responded. “There are so many ways to improve this country and build a better world, and I keep doing plenty of them, from working with young people to helping families lead healthier lives. But sitting behind the desk in the Oval Office will never be one of them. It’s just not for me.”

Obama was named the most admired woman in the world in a poll released earlier this month. She is widely touted by Democrat voters as the only potential candidate guaranteed to beat Trump in a head to head for the presidency.

However, given Obama’s reluctance it seems Dems will be stuck with the not so inspiring list of candidates they already have.