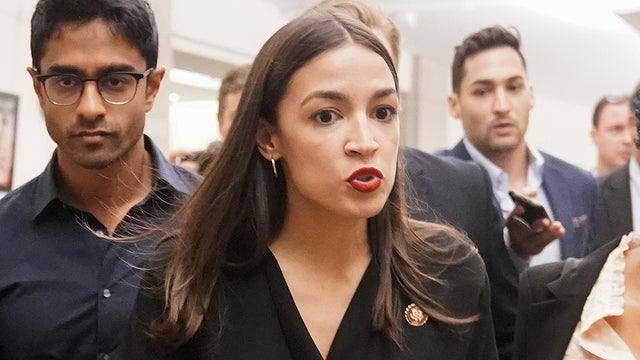 “Saikat has decided to leave the office of Rep. Ocasio-Cortez to work with New Consensus to further develop plans for a Green New Deal,” Trent told the Intercept Friday.

“We are extraordinarily grateful for his service to advance a bold agenda and improve the lives of the people in NY-14. From his co-founding of Justice Democrats to his work on the Ocasio-Cortez campaign and in the official office, Saikat’s goal has always been to do whatever he can to help the larger progressive movement, and we look forward to continuing working with him to do just that.”

Chakrabarti, 33, is a Harvard graduate and technology entrepreneur who became an organizer for Bernie Sanders during the socialist’s 2016 presidential campaign.

He founded a PAC called Brand New Congress in 2016 and another called Justice Democrats in 2017, with the stated goal of helping elect liberal candidates to Congress. One of those candidates was Ocasio-Cortez, who, last November, age 29, became the youngest woman ever elected to Congress.

Trent is planning to leave the office to work on Ocasio-Cortez’s 2020 reelection campaign as communications director.

In June, Chakrabarti wrote in a now-deleted tweet that the moderate Democrats are the “New Southern Democrats.”

“They certainly seem hell bent to do to black and brown people today what the old Southern Democrats did in the 40s,” he said.

“Can we stop calling the Blue Dog Caucus ‘fiscally conservative but socially liberal?’ I missed the part of fiscal conservativeness or social liberalness that includes wasting $4.5 billion of taxpayer money to put kids in concentration camps,” he said about the decision by the majority of his party to back a border relief package.

Can we stop calling the Blue Dog Caucus "fiscally conservative but socially liberal?" I missed the part of fiscal conservativeness or social liberalness that includes wasting $4.5 billion of taxpayer money to put kids in concentration camps.

Pelosi called the original tweet “offensive” and held a closed-door meeting with Democratic lawmakers who were furious at Ocasio-Cortez over her staffer’s behavior.

“Do not tweet about our members and expect us to think that that is just OK,” the California Democrat told her caucus.

Chakrabarti came under fire earlier this month after pictures and video of him wearing a T-shirt featuring Nazi collaborator Subhas Chandra Bose resurfaced.

He also came under fire for stating that Ocasio-Cortez’s signature Green New Deal was not really about saving the planet, saying that “it wasn’t originally a climate thing at all … we really think of it as a how-do-you-change-the-entire-economy thing.”

That revelation came during a conversation with Sam Ricketts, climate director for presidential candidate Jay Inslee. Chakrabarti said of the Green New Deal, “I think … it’s dual. It is both rising to the challenge that is existential around climate and it is building an economy that contains more prosperity. More sustainability in that prosperity — and more broadly shared prosperity, equitability and justice throughout.”